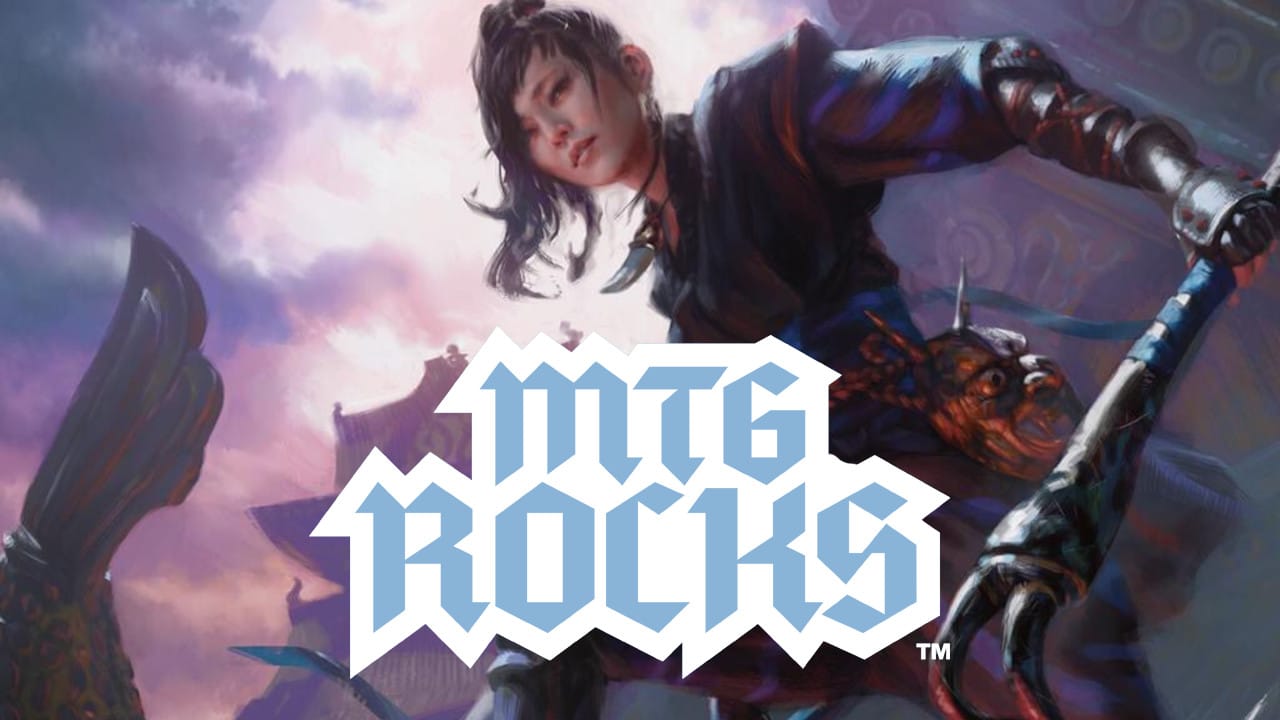 Ninjas are back in Kamigawa: Neon Dynasty! Yuriko, the Tiger’s Shadow was a popular and powerful deck before the new set, but she just received a ton of new toys.

Ninja decks are all about sneaking Ninjas into play via ninjutsu, an ability that allows you to return unblocked attackers to your hand, and put Ninjas into play in their stead. The unique play patterns of this deck have made Yuriko is the 3th most popular Commander of all time according to EDHREC.

But this deck is more than just popular. Depending on how you build your Yuriko EDH deck, it can also be hyper-competitive. And on top of that, it’s a relatively budget-friendly deck. So without further ado, let’s dig into the deck!

The coolest thing about Yuriko is her ability Commander ninjutsu, an ability entirely unique to Yuriko. This ability circumvents Commander tax, meaning you can always play Yuriko for just two mana.

But Yuriko also serves as a crazy-good source of card draw, almost like a Ninja-centric version of Twilight Prophet. Whenever a Ninja you control deals combat damage to a player (including Yuriko), you draw the top card of your deck and each opponent loses life equal to that card’s mana cost.

Thousand-Faced Shadow has its own impressive ninjutsu ability can make a permanent token of one of your other creatures. But even more importantly, this is a 1/1 flyer that only costs one mana. This can enable your other ninjutsu cards.

Read More: This Kamigawa Commander Comes with an Impossibly Hard Challenge — Can You Do It?

Kaito main purpose in this deck is to make unblockable Ninja tokens. You can use these to trigger Yuriko’s ability. But they are also good at sneaking your other, more impactful Ninjas into play.

Silver-Fur Master is at its best in a Ninja tribal deck like Yuriko, the Tiger’s Shadow. He’ll buff all of your Ninjas. And on top of that, it reduces all of their ninjutsu costs.

Nashi wins the award of “Coolest Combat Trickster” from amongst the Neon Dynasty Ninjas. The Rat Ninja can be downright mean when you swap it in and hit your opponent.

When you do you can steal the top card of each player’s library. You don’t even have to pay mana to cast those cards. Instead, you pay with your life total, which is an abundant resource in Commander.

Moon-Circuit Hacker is basically a mini version of Ninja of the Deep Hours, one of the best Ninjas ever printed in Magic: the Gathering. Yuriko can never have enough of these card-drawing Ninjas.

With the high density of Ninjas in this deck, Prosperous Thief will produce a consistent stream of Treasure tokens to fuel your Ninja tricks.

Yuriko plays a lot of cheaply-costed, elusive creatures that can safely attack, and at the last minute, be used to put a Ninja into play. These may not be the flashiest cards to play in EDH, but they perform a crucial role in Ninja decks.

Ornithopter is actually one of the best cards in our deck. It’s a zero mana flyer that we can use to confidently attack with and sneak Ninjas into play with. And we can always replay Ornithopter after we return it to hand with ninjutsu because it’s free to play!

Wingcrafter is a cheap flying threat itself, but it can give another creature we control flying with soulbond. This is a great way of retriggering our Ninjas’ combat abilities once they’ve hit the battlefield.

Mothdust Changeling technically counts as a Ninja itself. Wo we can use it as a ninjutsu enabler, but it can also trigger Yuriko’s ability itself.

We’re going to want a bunch of cards similar to these ones, so I’ve compiled a list of some of the best you can play:

Dauthi Voidwalker is more or less unblockable. It has shadow, which means it can only be blocked by other creatures with shadow, which are few and far between in Magic: the Gathering.

While Dauthi Voidwalker’s elusiveness synergizes with our deck’s gameplan, the real appeal of this card is its coincidental graveyard hate. It’s like a Rest in Peace on a body, but you can sacrifice Dauthi to play any of the cards it exiled for free.

Ninjas are pretty sneaky when you use ninjutsu to sneak them into play. But once they’re on the board, they’re susceptible to being blocked just like any other creature.

Tetsuko makes many of our creatures unblockable, letting them consistently retrigger their combat abilities turn after turn.

Higure is the Ninja tutor that all Yuriko decks should be playing. And it’s not just a one-time tutor. It adds Ninjas from your deck to hand whenever it deals combat damage to a player.

As if all that wasn’t good enough, Higure can also grant unblockable to any fellow Ninjas. Sure, we can sneak them into play with ninjutsu, but the key to winning with Yuriko will be retriggering our Ninjas’ abilities each turn.

The going rate for a Clone effect is about four mana. That’s exactly what Sakashima’s Student is at face value, but if you put it into play for a great discount via its ninjutsu ability. You can copy any of your Ninjas for just two mana, but you can even sneak it into play as a copy of your opponent’s Craterhoof Behemoth for extra sneaky wins.

Your opponents will hate it when you swap Fallen Shinobi into play. Whenever it deals combat damage to a player, you exile the top two cards of their library and can play them without paying their mana costs until the end of turn.

This ability serves as an assault on combo decks, potentially removing critical combo pieces from their deck, but you can also hit big, fat threats like Razaketh, the Foulblooded and play them for zero mana.

Ninja of the Deep Hours

Ninja of the Deep Hours is a classic Ninja with a clean and simple design. It has ninjutsu as many Ninjas do, and if it deals combat damage to a player you can draw a card.

Ingenious Infiltrator is like a better Ninja of the Deep Hours. It can draw a card when it deals combat damage to a player. But it gives all of your ninjas the same ability, offering some serious card advantage.

Coming in at seven mana, Silent-Blade Oni is currently the biggest Ninja in all of Magic: the Gathering. Even its ninjutsu ability doesn’t offer it much of a mana discount. But it’s expensive for good reason.

Silent-Blade Oni is absolutely devastating if you can connect with it. It rips any card you want out of the attacked player’s hand, and you can cast it for free.

This is a bit of a pricy one because Cover of Darkness was originally printed in Onslaught almost 20 years ago and hasn’t been reprinted since. But the card more than pulls its weight in this deck and it’s well worth its price.

Fear is an old ability that bestows creatures with a degree of elusiveness as they can only be blocked by black or artifact creatures. Cover of Darkness can grant all of our Ninjas fear for as long as it’s on the field. It’s almost like Cover was designed to be played alongside Ninjas!

Grazilaxx offers an interesting bluffing dynamic to our Nija Commander deck. We can attack with our entire team, and if any of our small creatures become blocked, we can return them to hand with Grazilaxx’s ability. Meanwhile, any creatures that make it through our opponents’ defenses, we can swap them out for Ninjas via ninjutsu. Then Grazilaxx will let us draw additional cards for dealing combat damage on top of our Ninjas’ combat-related abilities.