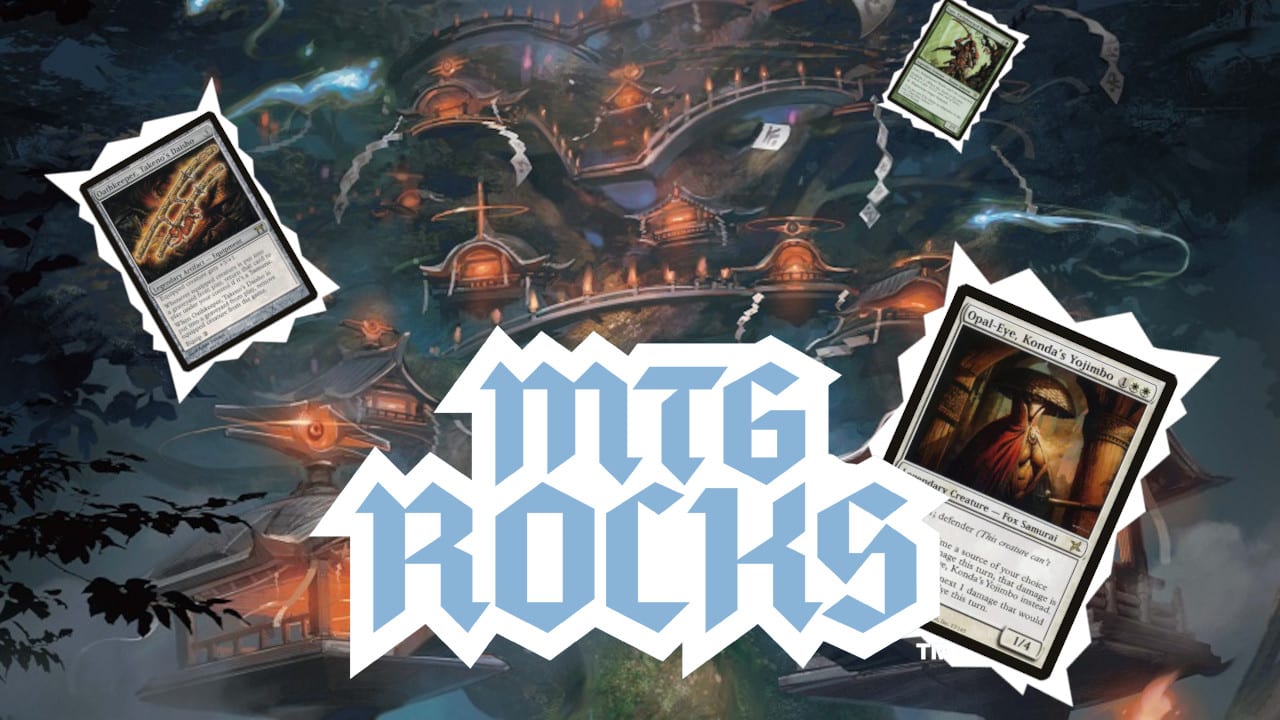 Weekly MTG put out a stream giving us a first look at Magic’s next set, Kamigawa: Neon Dynasty. We got a sense of the set’s backstory, some revamped art of classic Kamigawa locations, and most importantly SPOILERS! And they gave us one more spoiler as an early Christmas present.

Wizards of the Coast wanted to present players with a small snippet of the set before the holidays. (Neon Dynasty doesn’t release until February 18.) But Magic players are already going nuts for the set. And the secondary market is reflecting this sentiment. Just check out all these price spikes:

This is a common phenomenon whenever we return to a fan-favorite plane such as Kamigawa, as players are enticed by the prospect of old cards and mechanics receiving new support.

These hopes have effectively been confirmed for Neon Dynasty, as throughout last week’s stream, Lead MTG Designer, Mark Rosewater, said multiple times that the new set would blend elements of the old Kamigawa sets with entirely new mechanics.

With that being the case, many old Kamigawa cards are likely to increase in price soon, which means you’ll want to act quickly before they become too expensive. Since the Kamigawa stream, the market has already responded with many Samurai cards spiking in price:

While it hasn’t been officially confirmed that ninjas are coming back in the next set, they are one of the most popular tribes from the old Kamigawa sets, and the new Planeswalker spoiled last week, Kaito Shizuki, makes unblockable Ninja tokens.

If ninjas do make a comeback, you’ll want to consider buying some of these cards:

This is the best Ninja Commander we currently have access to. Yuriko utilizes its unique ability, commander ninjutsu, to get around paying Commander tax. Plus, it is an insane source of card advantage, as you effectively draw a card whenever a Ninja you control deals combat damage to a player.

If Ninja cards start to spike in price, it will be because Yuriko, Tiger’s Shadow, is an insanely popular Commander.

Ninja decks are all about playing cheap evasive creatures with abilities like flying or unblockable (e.g. Ornithopter) and at the last second, switching them in for a Ninja. Fallen Shinobi and Sakashima’s Student are some of the best Ninja’s you can trick into play.

Could Shrines Finally be Viable?

The original Kamigawa block introduced us to a Legendary Enchantment cycle called Shrines. Shrines returned in Core Set 21 with another cycle plus Sanctum of All, a five-color Shrine that can tutor Shrines from your deck and doubles up on the triggered abilities of your Shrines.

If Shrines return in Neon Dynasty, they may finally get the support they need to push them over the top. If they do, expect their prices to match their demand.

RELATED: This Redditor got an early start on this speculation, as they preemptively bought 217 copies of Sanctum for All.