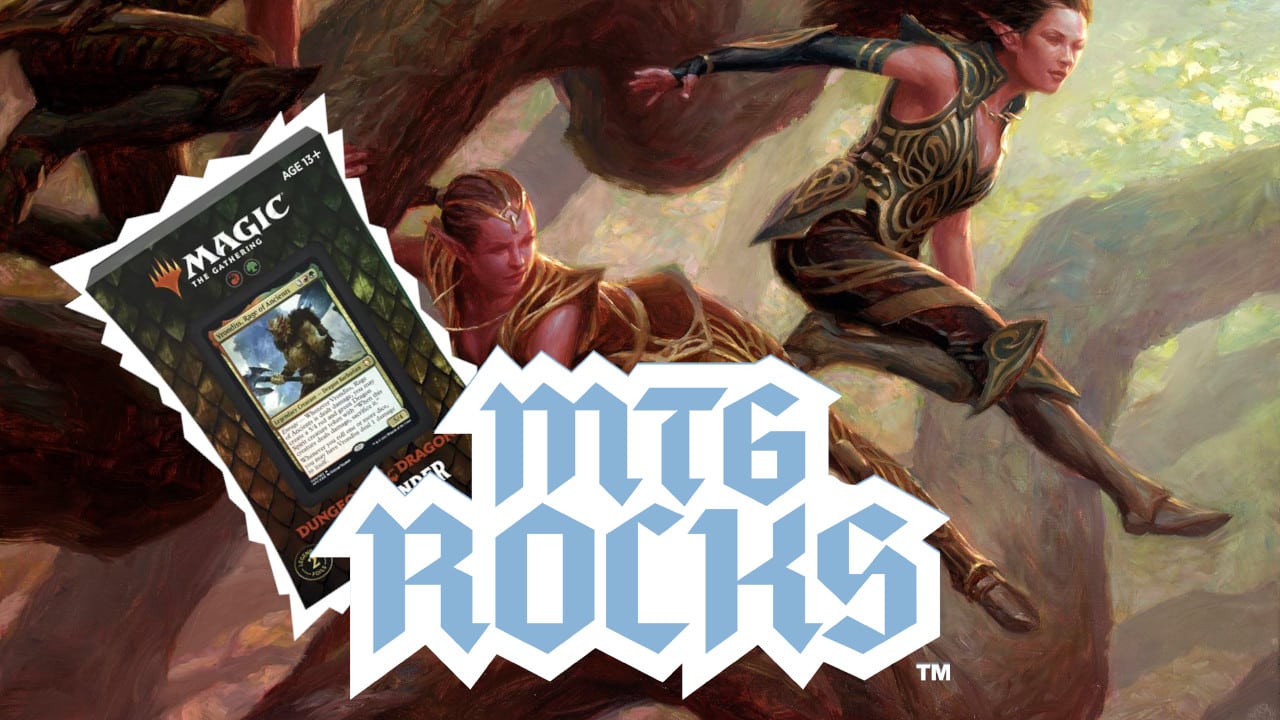 The Draconic Rage Commander deck brings some seriously spicy, new cards to the game. And even better, it has some fantastic reprints that would have cost an arm and a leg not too long ago.

But the preconstructed deck isn’t for everyone. Maybe you don’t like the dice-rolling theme or the new commander, Vrondiss, Rage of Ancients. Maybe you don’t want to spend $40.00 on the whole deck. Or maybe you just want a few choice single cards. That’s fine! Here are some of the best single cards you can buy from the deck!

Preconstructed Commander decks always come with a few options you can use as your commander. Klauth is the “substitute” commander for Draconic Rage, meant to be a backup in case players don’t like Vrondiss, Rage of Ancients. But in a lot of ways, Klauth supersedes Vrondiss as the debut legendary creature to come out of the deck.

If you cast Klauth you’ll be overwhelmed with excitement. While a seven-mana 4/4 creature certainly isn’t exciting, Klauth has a few abilities that push it way over the edge. Whenever Klauth attacks, you gain mana equal to the total power of all of your attacking creatures. And you won’t have to wait around for a turn to see if Klauth will survive long enough to attack. It has flying and haste, which means you can swing in immediately and generate boatloads of mana.

Klauth comes in at a solid $8.00 at the time of writing. And the extended art version of Klauth is currently the most expensive card of all the Adventures in the Forgotten Realms Commander cards, currently selling for about $19.00.

Commander is filled with pesky artifacts and enchantments like Smothering Tithe and Rhystic Study. But Naturalize effects aren’t that good in Commander because they only target on permanent in a format with multiple enemies.

This will work particularly well in decks that find ways to repeat Druid of Purifications ability either through blinking it or recurring it from the graveyard. This makes it a perfect inclusion in decks like Chulane, Teller of Tales, Karador, Ghost Chieftain, and it works exceptionally well in Yarok, the Desecrated.

Rishkar’s Expertise was pushing $7.00-$8.00 before its reprint in Draconic Rage. But it was expensive for good reason! This card is amazing in decks like Sevala, Heart of the Wilds and Marwyn, the Nurturer where it serves as a way to refill your hand and combo through your deck. Now Rishkar’s Expertise is available for as little as $3.00-$4.00.

Kindred Summons makes for a great inclusion in any tribal Commander deck be it humans, werewolves, merfolk, and the list goes on. Whatever creature type you choose with Kindred Summons, you basically get to double the amount of them you have on the battlefield.

That’s why Kindred Summons was almost $30.00 before it was reprinted. But thanks to Draconic Rage, now you can pick up a copy for around $3.00!

Monarch is a beloved mechanic in Commander that immediately pits players in a microgame of politics as they compete to hold the crown. And when Monarch was reintroduced in Commander Legends, several old monarch cards shot up in price.