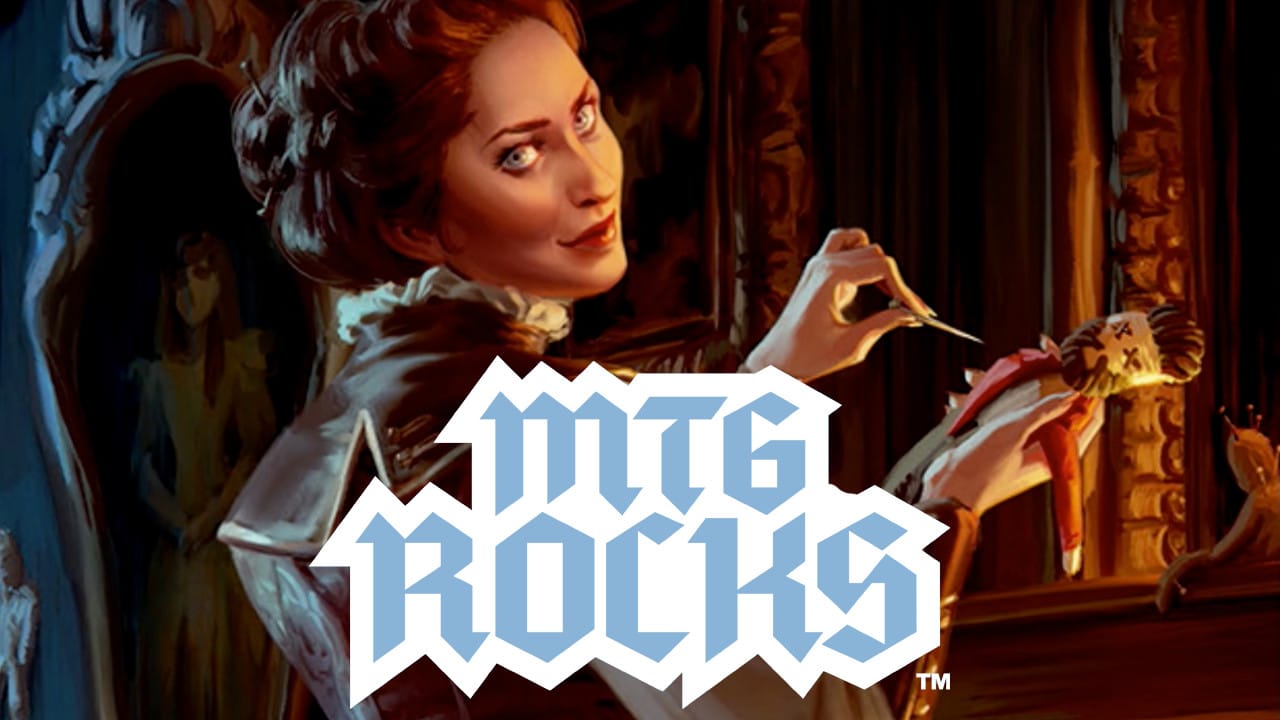 If you consider yourself a political Commander player, someone who plots, connives, and partakes in Machiavellian schemes, then Lynde, Cheerful Tormentor is right up your alley.

This Commander exclusive, found only in Innistrad: Midnight Hunt Set and Collector Booster Packs, is the first and only Commander that directly interacts with Curse cards in Magic: the Gathering.

Curses are a unique type of Magic card that enchants players, typically other than yourself, burdening them with recurring negative effects. These effects generally incentivize people to target the cursed player with attacks or spells. This takes the target off your back, and allows you to gain some advantage from another’s misfortunes.

Lynde, Cheerful Tormentor, converts the biggest downside of Curse cards into card advantage. Curses can have really powerful effects, but the worst part about them is that when a cursed player loses, all your Curse enchantments attached to that player will go to the graveyard.

Lynde mitigates this drawback because whenever a Curse is put into your graveyard from the battlefield, she returns it to play at the beginning of the next end step. They come into play attached to you, which would be bad if it weren’t for Lynde’s other ability. Once per turn in your upkeep, Lynde can transfer Curses attached to you to your opponents. She even draws you two cards when you do.

Curse of Surveillance is almost like a “group hug” effect in that it lets everyone in your Commander pod draw cards. Well, everyone except for the cursed player of course.

This enchantment can provide some serious card advantage. If you pile up your Curses on a single player, Curse of Surveillance lets you draw cards equal to the number of Curses attached to that player. This will fuel your hand with further curses you can enchant that player with, letting you draw more cards every turn.

This is one of the biggest, baddest Curses you can play in the Grixis colors. It allows you to play the top creature of the cursed player’s library on each of their upkeeps. And you get it for free.

It’s worth noting that this is one Curse that even works well when Lynde, Cheerful Tormentor, brings it back from the graveyard under your control. You may mill yourself a bit, but you’ll still get to put the top creature of your library directly into play.

And if you want to add a Mill subtheme to your Lynde deck with cards like Fraying Sanity and Curse of the Bloody Tomb, then Curse of Unbinding will help take a few more cards off the top of the cursed player’s library.

This enchantment is a great way of incentivizing your Commander pod to attack a player other than you. Anyone who attacks the cursed player will get a Gold token. But you’ll net the most Gold, because regardless of who’s attacking, Curse of Opulence lets you share in the wealth.

*And if you look closely at Lynde’s artwork, you’ll notice that the voodoo doll in her hand is the same person that’s depicted it Curse of Opulence. I call that a flavor win.*

Lynde’s voodoo doll is back! This unidentified Magic character is a recurring theme depicted in many curse cards. Apparently, WOTC has a funny nickname for him: “The Unluckiest Planeswalker”.

As for the actual card, Curse of Verbosity, it is another way of indirectly directing attacks to a specific player. Similar to Curse of Opulence, you’ll share in the card draw whenever anyone attacks the cursed player.

This is a must include in any Lynde deck as you can never have too much card advantage. Even if you get stuck with this Curse on yourself after Lynde brings it back from the graveyard, you’ll still draw two cards anytime anyone attacks you.

This is a staple for any Curse deck, and it is especially good in a Commander deck revolved around Lynde, Cheerful Tormentor. It lets you search your library each turn for a new Curse and put it directly into play attached to the cursed player.

Once again, this is a Curse that is not entirely bad if you become enchanted with it via Lynde’s ability. You’ll still be able to search your library each turn for a new Curse, which you can later transfer to an opponent.

This card is great at one thing: causing absolute chaos! It’ll pollute the stack with so many extra copies of cards that the game just becomes unpredictable.

Cruel Reality is the best Curse you can play if you want to kill an opponent quickly. Every turn, the cursed player is forced to sacrifice a creature or planeswalker, lest they lose 5 life.

This will prevent the cursed player from developing big board states, and once they’re at their lowest point, it will begin to sap their life away from them. It really does put them in a cruel, cruel reality.

Claws of Gix is a unique sacrifice outlet, in that we can sacrifice any kind of permanent to it. In our Lynde deck, this will often be our Curses. In conjunction with our Commander, this artifact will allow us to recall our Curses to redistribute them with Lynde to whomever we see fit.

Strionic Resonator pairs well with Lynde because it can double up on her second triggered ability. At the beginning of our upkeep, when Lynde’s ability trigger’s to give away one of our Curses, we can activate Strionic Resonator to copy this ability. The best part about this is that we’ll get to draw a total of four cards from the transaction!

While not a curse itself, Estrid’s Invocation has the ability to copy any Curse on the battlefield. And better yet, you can exile it each turn, returning it to the battlefield as a copy of any curse you want.

When it reenters the battlefield, it will do so under your control. But that means you’ll always have a Curse for Lynde to shift control of, drawing you two cards each turn.

What’s Yours Is Mine And Mine is Yours

There may come a point when Lynde returns too many Curses under our control. When she does, it’s good to have another way of dishing them back out to your opponents.

Puca’s Mischief does exactly that with the added benefit that when you donate a Curse to another player, you can take something they control in its place! And you can do this every turn.