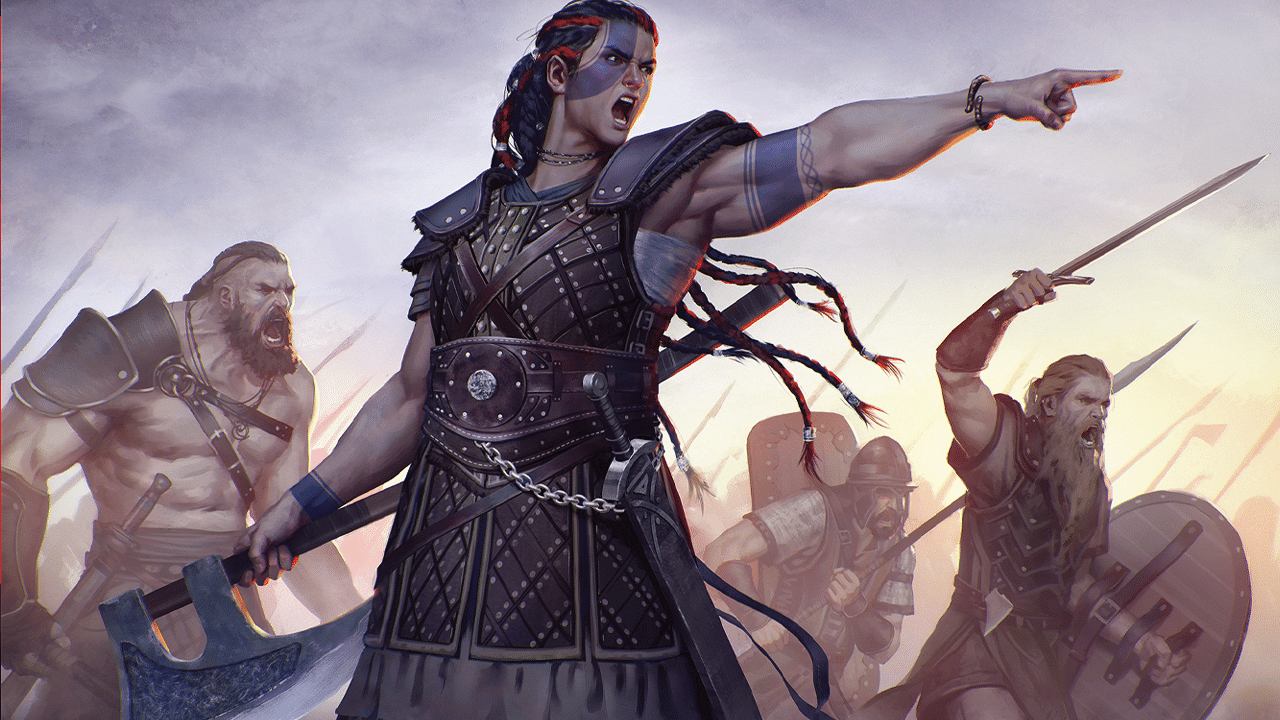 Commander tends to be a very long-winded format. We’re not just talking about the deckbuilding side of things either, but the games themselves. However, you can help change this a lot by using one of the best aggro MTG commanders.

It’s not easy to play aggro in Commander due to the sheer amount of life you have to take down, but that doesn’t mean it’s not possible, or that it’s not good fun.

Before we get into the main list, we want to give a shoutout to Kaalia of the Vast. Kaalia can be an excellent aggro commander because she’s cheap to cast and can put in Demons, Angels, or Dragons for free when she attacks.

However, she’s also usually used as a combo commander. You can still use her as an aggro commander if you want, but we’ve gone with other options for the main list of best aggro MTG commanders.

VIEW AT TCGPLAYER
Odric, Lunarch Marshal is a huge amount of fun to use, but takes a fair bit of work to get the most out of. For four mana, you get a 3/3 that reads, “At the beginning of each combat, creatures you control gain first strike until end of turn if a creature you control has first strike. The same is true for flying, deathtouch, double strike, haste, hexproof, indestructible, lifelink, menace, reach, skulk, trample, and vigilance.”

In essence, your aim is to play Creatures with as many combat abilities as possible. You can then buff them further by using Equipment cards to cover any shortcomings that you might not be able to cover by using a purely White deck.

VIEW AT TCGPLAYER
Grand Warlord Radha as it there best when surrounded by a mix of tokens and obnoxiously expensive spells. That’s because this four mana Red and Green 3/4 with haste is a mana machine, but you need the right build to get the most out of them.

Whenever you attack with one or more Creatures, you can add that much mana using any combination of Red and Green, and that mana doesn’t empty from your pool until end of turn. This means you can swing in with a horde of cheap tokens, and then immediately play a massive Eldrazi or Dragon or something.

Next on our list is Zada, Hedron Grinder. Zada is a four mana Red 3/3 with lots of text that reads, “Whenever you cast an instant or sorcery spell that targets only Zada, Hedron Grinder, copy that spell for each other creature you control that the spell could target. Each copy targets a different one of those creatures.”

Basically, if you cast a spell that targets Zada, you then get to target all of your Creatures instead. Now, this works really well with any magecraft Creatures, but also just makes every basic spell a huge threat. It’s a lot of fun to use as a result, and while it’s an odd strategy, it’s hard to argue with casting ten copies of a spell for one mana.

Read More: Veyran, Voice of Duality Is Going To Be Great

Four mana seems to be a real sweet spot for a lot of the best aggro MTG commanders, and Goreclaw, Terror of Qal Sisma is no different. This time around, you get a Green 4/3 that makes your Creatures with four power cost two mana less to cast.

Goreclaw also gives each Creature with four power or more +1/+1 and trample whenever it attacks. This means that not only can you put out bigger Creatures for less mana, but also you can make sure that your attacks with these beasts get through with no issues.

Another four mana commander, Saskia the Unyielding costs one Black, Red, Green, and White mana. For this cost, you get a 3/4 with vigilance and haste, and you have to choose a player as they enter the battlefield.

VIEW AT TCGPLAYER
Edric, Spymaster of Trest is a king of drawing cards. For three mana, you get a Green and Blue 2/2 Elf. Now, Elves are good at being aggro anyway because there are so many lords you can play and they’re cheap as well, but the ability on Edric is what makes him so good.

You see, any time a Creature deals combat damage to one of your opponents, its controller may draw a card. That includes you, which means lots and lots of card draw, but it also means that other players are more likely to keep you alive so they can draw more cards.

Aggro decks sometimes go all-in on bulking up your Commander instead of trying to go wide or play great Creatures. Skullbriar, the Walking Grave is a two-mana Green and Black 1/1 Zombie Elemental with haste. Also, it gets a +1/+ counter whenever it deals combat damage to a player. However, the key thing is that it doesn’t lose counters as it moves into other zones, as long as it’s not your library or hand.

Basically, this means that it’ll just get bigger and bigger throughout the game, and it’ll stay big. That means you can really go hard on making it as big as possible using +1/+1 counters and then summon it out of nowhere to trash someone.

3 – Karlov of the Ghost Council

VIEW AT TCGPLAYER
Karlov of the Ghost Council is a 2/2 White and Black Creature for two mana. He gains two +1/+1 counters every time you gain life, and you can pay one White and one Black and remove six of those to exile a Creature.

What makes him so good as an aggro Commander, is how easy it is to gain lots of little bit of life. All you need to do is play Soul Warden on turn one, and you’ll have a 4/4 as soon as you play Karlov. If you’re against three other people and they each play a Creature, you’ll have a 10/10 Karlov on turn three, which is obnoxious.

This is the point at which things get really silly, and Najeela, the Blade-Bossom is one of the silliest commanders around. For three mana, you get a Red 3/2 that creates a 1/1 Warrior token that’s attacking whenever a Warrior attacks.

Then for one of each mana, you can untap all attacking Creatures, and give them trample, lifelink, and haste until end of turn. You then get an additional combat phase to make use of this. Basically, fill your deck with Warriors and just turn them sideways constantly to win the game.

Our final pick for the best aggro MTG commanders is Marchesa, the Black Rose. Marchesa is yet another four mana Commander, but this time it’s a Blue, Black, and Red 3/3 with dethrone. Dethrone gives a Creature a +1/+1 counter whenever it attacks the player with the most life. She also gives all of your other Creatures dethrone too.

She also reads, “Whenever a creature you control with a +1/+1 counter on it dies, return that card to the battlefield under your control at the beginning of the next end step.” This means that not only can you just constantly swing in to win, but that your Creatures are bigger when they do so, and also incredibly hard to kill permanently.