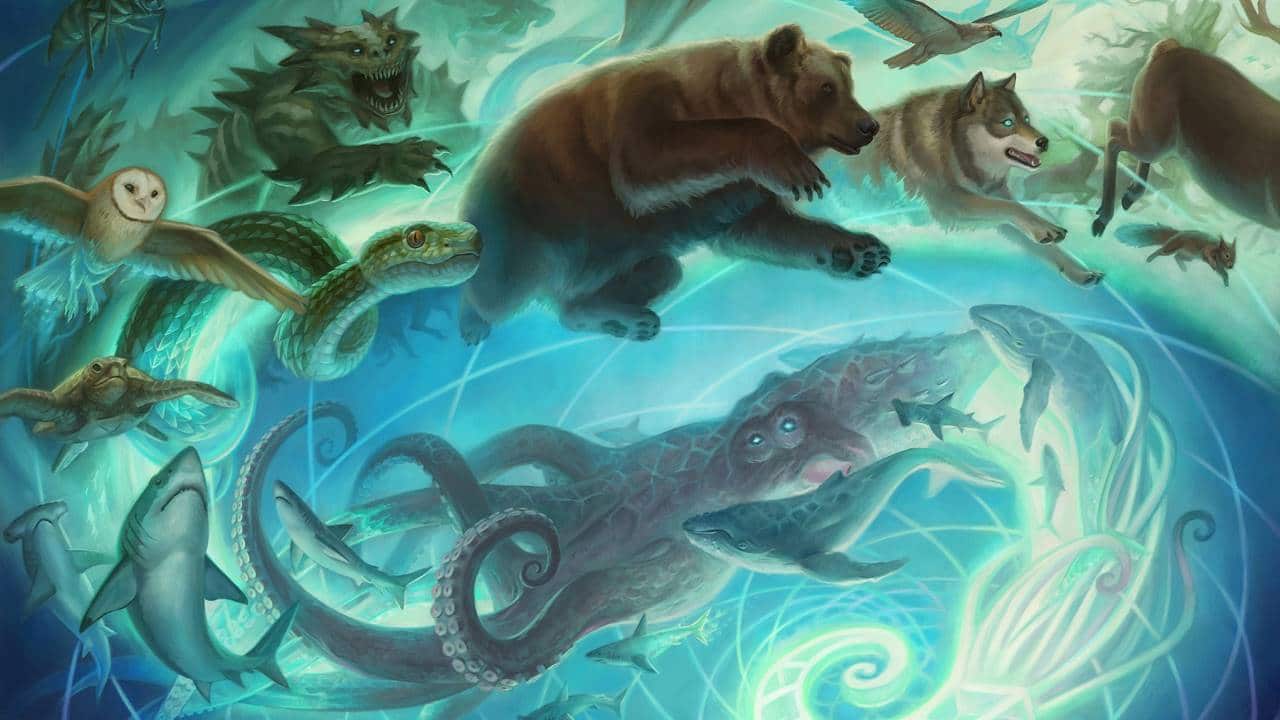 The Best Strixhaven Cards For Commander

With all of the Strixhaven cards now fully previewed, it’s the perfect time to get into which cards are going to be great in which formats.

We’re going to kick things off with Commander, because there are so many good choices here from the School of Mages.

So, here are our picks for the best Strixhaven cards for Commander.

The 10 best Strixhaven cards for Commander

Rather than looking at the new commanders, of which there are just so many, we’re going to talk about the supporting players, which means no legendary Creatures here at all.

That’s because there are just so many new ones, and to be honest, we want to talk about specific builds for the best ones rather than just listing them. So, here are the best Strixhaven cards for Commander, but not as commanders themselves.

Sometimes you need to have the largest possible Creature. It’s a large part of Green’s color identity, and we love it. Exponential Growth is a card that costs XX and two Green, and it’s a Sorcery spell that doubles a target Creature X times.

While this is an incredibly expensive card, it’s not like Green struggles with mana generation, so this kind of card is sure to be the downfall of many a foe in the right hands. Just keep an eye out for the absolute units this is going to create.

Next on the list is some very rare card draw in White. Now, because it’s a White card, it obviously can’t just be good, so instead, Secret Rendezvous is a three mana White Sorcery that lets you draw three cards, but you also have to choose an opponent to do the same.

Now, this is a drawback in a one on one match, but in a group setting, this is all upside. All you have to do is choose someone you want to be friends with, and boom, you’ve both got three more cards now.

Gaining life can often be a bit pointless on its own, and it’s certainly not going to help you out against Commander damage, but it is a nice bonus. Radiant Scrollwielder gives all your Instant and Sorcery spells lifelink, and it’s also a four mana Red and White 2/4 Creature.

That’s not all though, it also lets you exile an Instant or Sorcery from your graveyard at random in your upkeep, and you can then cast it for the turn. It’s a nice mix of abilities, and it’s definitely a powerful card.

Rushed Rebirth is the kind of card that could well end up banned, just because card selection in Commander is often incredibly dangerous. For one Black and one Green mana, you get an instant that lets you choose a Creature, and if it dies this turn, you get to put a Creature with a lesser mana value from your library into play.

Given the colors this is in, it presents a lot of options thanks to your ability to kill your own stuff for profit, and if you combine this with something like Birthing Pod, you can very quickly get a lot of value out of a single death. What’s more, this card doesn’t exile itself either, so long live the recursion.

Introduction to Annihilation is a five mana Sorcery that lets you exile a nonland permanent, but the controller gets to draw a card. There are plenty of colors that struggle to remove certain permanents, and having this be a colorless card means it’s a staple in any mono-colored deck now.

It’s hard to explain just how good this is going to be and how helpful it is to have. It makes so many decks more viable just by it being in existence, and you’ve just got to love it.

We love a good alternate win condition here at MTG Rocks, because they’re so often utterly absurd, and there’s just something satisfying about implementing your own rules onto a game. Well, Strixhaven Stadium turns your game into one all about scoring goals, and it’s great.

We talked about the best flicker cars in MTG a few weeks back, and it turns out that we’ve got a new contender for the list with Semeseter’s End. For four mana, you get a White Instant that lets you exile any number of Creatures and Planeswalkers you control.

Then, at the beginning of the next end step, they come back into play with a +1/+1 counter on them for Creatures, and an extra loyalty counter for Planeswalkers. This should absolutely be in your White decks, because it’s a powerhouse no matter what you’re doing.

Who doesn’t love a goth? Daemogoth Titan is a four mana Green and Black Creature that makes you sacrifice a Creature whenever it attacks or blocks. In these colors, that’s definitely an upside because you always want your stuff dying anyway.

Also, it’s an 11/10. That’s so much damn power and toughness for four mana, and there aren’t many downsides that could actually stop this being one of the best Strixhaven cards for Commander.

Ecological Appreciation is a card that costs X and three mana for a Green sorcery that reads “search your library and graveyard for up to four creature cards with different names that each have mana value X or less and reveal them. An opponent chooses two of those cards. Shuffle the chosen cards into your library and put the rest onto the battlefield. Exile Ecological Appreciation”

While it’s in play, you get to copy an Instant or Sorcery your opponents play unless they pay two mana. That means you can counter their counterspells, use their ramp spells as your own, and probably become a big old target because you’re generating way too much value. What a card!