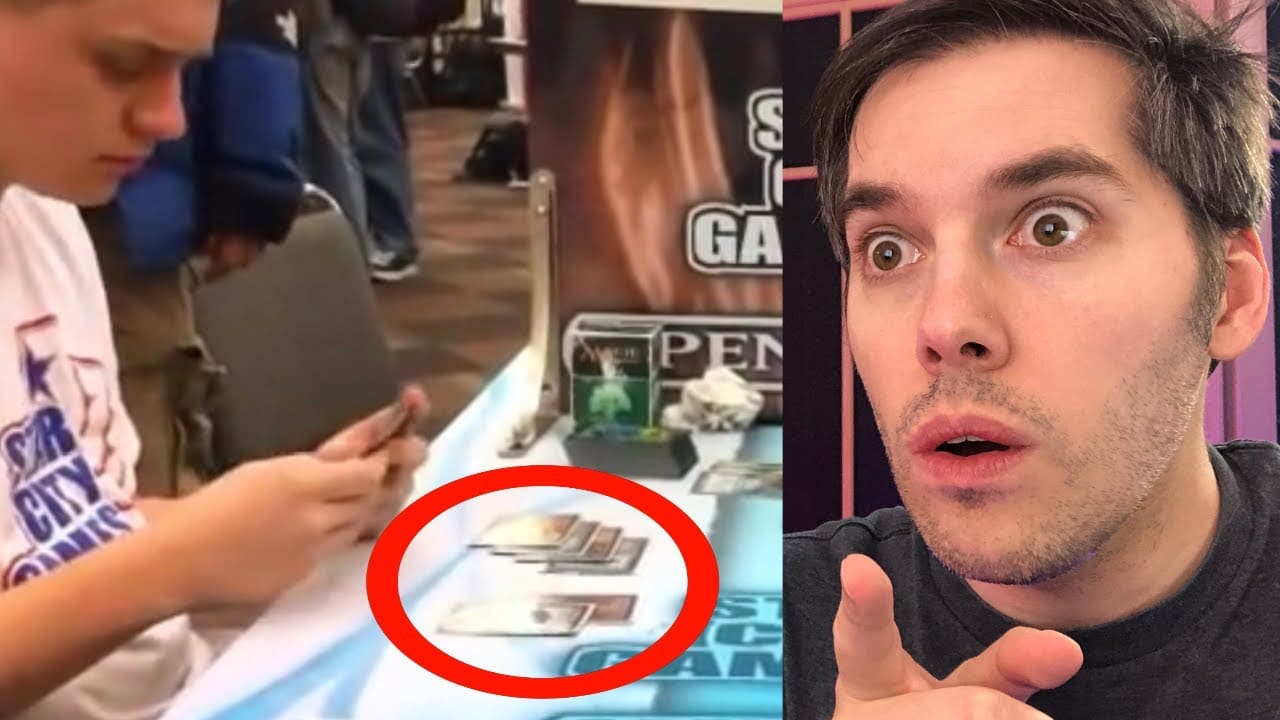 Watch: The Most Infamous Magic: The Gathering Cheater Caught on Camera

In 2019, Alex Bertoncini was given a lifetime ban from Magic: The Gathering by Wizards of the Coast and the DCI, and although no explanation was provided about their decision, the ban may be a result of accumulating multiple Game Rule Violations.

YouTuber and Merfolk Master, Nikachu recently uploaded a YouTube video that highlights the moments Bertoncini was caught cheating on camera, giving us a closer look at how he illegally played extra lands in a Star City Games tournament, and how he tried to put a Kira, Great Glass-Spinner back to his hand instead of the graveyard when his opponent killed it. Nikachu also highlighted the time when Bertoncini might have drawn four cards instead of three when he cast Brainstorm, but as Nikachu notes, that was more speculative.

Bertoncini’s first violation with the DCI was in 2011 after he was caught cheating on video at Star City Games Kansas City. He cast Explore on consecutive turns, then counted his lands and played a third (illegal) land off his second copy of Explore. That December, he received an 18-month suspension.

He returned to MTG in 2013, but continued to get Game Rule Violations, including failing to put two cards back on top of his library after casting Brainstorm, and mis-tapping to cast Supreme Verdict. Because of these violations, Bertoncini received a three-year ban in October 2014.

At late 2017, Bertoncini returned once again to competitive MTG and immediately faced trouble. He was given a game loss for using marked cards and a match loss for consulting outside information on the same day. In August 2018, Bertoncini made the Top 8 of Grand Prix Los Angeles, but was greeted with boos when his name was announced. When his Top 8 result was announced, the Magic community reacted in anger about why someone with multiple DCI suspensions was even allowed to participate in Grand Prix at all.

Bertonicini responded with a statement on Facebook titled, My Statement and Commitment to the Magic Community, in which he tries to explain his past violations and apologized, but it seems that the original statement has been deleted. You can check out this Reddit post that reportedly quoted his statement.

I’m glad that Wizards gave Bertoncini a permanent ban from competitive Magic. Cheating is disrespectful to players, the Magic community, and the game itself