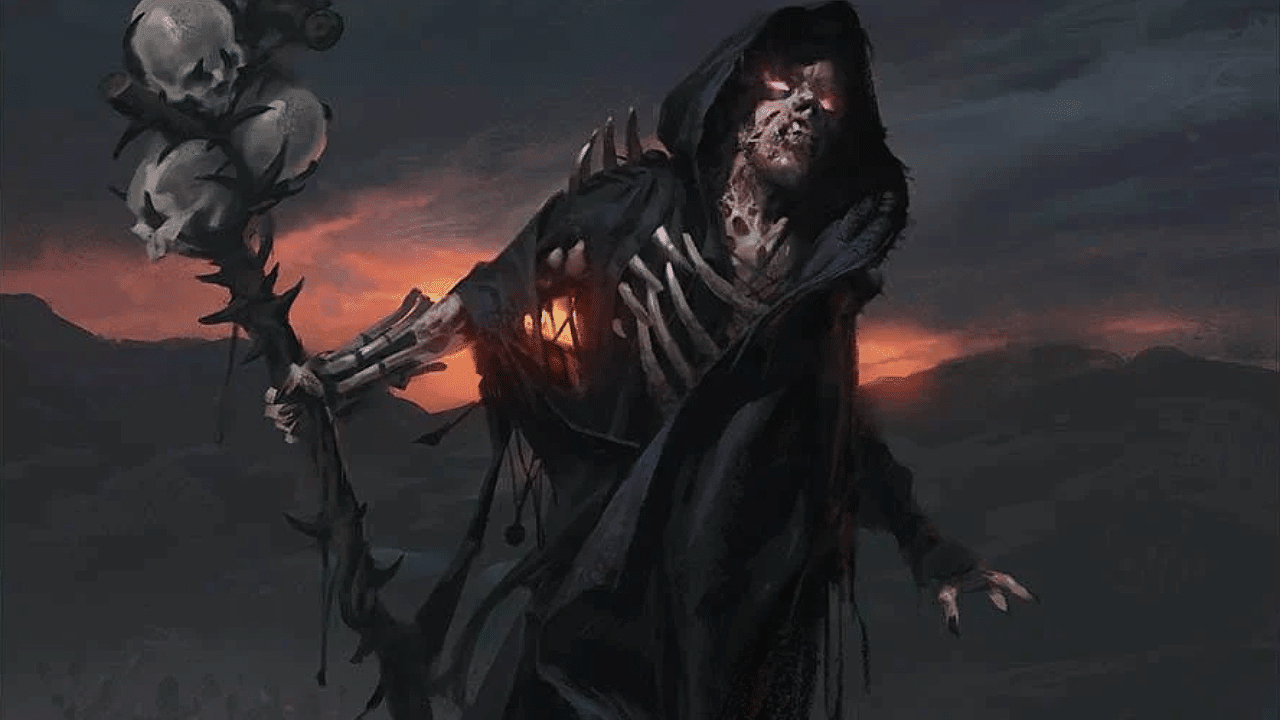 The 10 Best Zombies In Commander

The best Zombies in Magic: The Gathering’s Commander format will not only help you win the game, but often have multiple benefits alongside just being the right Creature type.

Ideally, they’re going to help you get more value out of each card, make your side of the board a bit scarier, and maybe even win you the game on the spot. Even with the release of Innistrad Midnight Hunt and Innistrad: Crimson Vow, there are more Zombies than ever. So with that, let’s look at some of the best of the very dead bunch.

The 10 best Zombies in Commander

Our honorable mentions here aren’t Zombies at all, but they are almost essential to any Zombie deck you’re playing in Commander. First up is The Scarab God, which is a five mana Blue and Black God that basically drains your opponent to death the more Zombies you have out every time you have an upkeep. It does other stuff too, but that’s the main bit.

The other mentions are basically any of the Gisa or Geralf iterations, all of which are easy includes in any deck that cares about having the best Zombies in Commander in it, because they make a lot of Zombies and have some excellent synergies.

Noxious Ghoul is a five mana Black 3/3 with three arms for some reason. What makes this particular ghoul worthy of your attention is that it can basically act as a repeatable board wipe.

You see, when it or another Zombie enters the battlefield, all non-Zombie Creatures get -1/-1 until end of turn. Given how many cards there are that can spit out a horde of Zombies with no issue, this is an incredibly powerful effect.

You can’t really talk about the best Zombies in Commander without talking about Gary. Gray Merchant of Asphodel is a five mana Black 2/4. When it enters the battlefield, each opponent will lose X life where X is your devotion to Black, and then you gain all of that life.

What makes it especially good in a Zombie deck, aside from the fact that most Zombies are Black Creatures, is that you can probably recur it with ease. That means you’ll likely be able to just wreck your playgroup by having Gary say hello multiple times.

Playing a card on your first turn in Commander is always a joy. Sure, it’s usually a Sol Ring, but sometimes you’ve got something else to play instead. Cryptbreaker is a one mana Black 1/1 that lets you pay two mana, tap it, and discard a card, to create a 2/2 Zombie token.

Also, you can tap three untapped Zombies you control to draw a card and lose a life. This doesn’t seem like much, but over the course of your average Commander game, this is going to draw you a lot of cards with very little effort.

Our first Zombie lord is Death Baron, which is a three mana Black 2/2. Death Baron gives all of your Skeletons and all other Zombies +1/+1 and deathtouch.

While this isn’t all that flashy, having deathtouch on your very repeatable threats makes them a huge issue to deal with for anyone using Creatures that can die.

On top of that rather healthy buff, it also makes Zombie spells you cast cost one less mana. That’s huge when you’re looking to flood the board with all of the cards you’ve been drawing thanks to Cryptbreaker, but it’s also useful if you want a sneaky bit of ramp.

Diregraf Colossus is just a big old mass of zombies that 100% belongs in a Soulslike. It’s also a three mana Black 2/2 that gets a +1/+1 counter on it for every Zombie card in your graveyard, which usually makes it a rather large lad.

Also, it makes it so that whenever you cast a Zombie spell, you get a 2/2 black Zombie token. It’s a good as an engine in the early game because it doubles your Zombie count with no real issue or effort, and it’s good in the late game as a massive threat.

Our only White card on the list also happens to be an absolute doozy. Frankly, God-Eternal Oketra would be higher here were it not for the fact that most people play Blue and Black only. Well, consider Esper next time you want to play with the undead, because Oketra is a five mana White 3/6 with double strike that also goes back into your library third from the top if it dies.

On top of that, whenever you cast any Creature spell at all, you get a 4/4 Zombie Warrior token with vigilance. The size of these combined with vigilance means they’re always a threat, and if you happen to have this and Diregraf Colossus out then you’ll likely be getting three Zombies per Zombie, and that’s just pure value.

Ah Mikaeus, what a boss you are. Miakaues, the Unhallowed is a six mana Black 5/5 with intimidate that also destroys any Human that deals damage to you. Both of these things are great as is, but it does even more.

On top of that, it gives other non-Human Creatures you control +1/+1 and undying, which makes any ETB effects you have significantly more valuable, and makes all of your threats a lot more, well, threatening. Every bit of text on this version of Mikaeus makes it a beast in a Zombie deck, so make sure you grab one.

Grimgrin, Corpse-Born, is a Legendary five mana Blue and Black 5/5 with so many words on it. It enters tapped, and it doesn’t untap in your untap step, so that’s a shame. However, if you sacrifice another Creature, it untaps and gets a +1/+1 counter on it. As you probably know, you can untap untapped Creatures, which means you can put a lot of counters on this at instant speed.

Also, when Grimgrin attacks, you get to destroy a Creature the defending player controls, and then put a +1/+1 counter on it. This basically turns Grimgrin into a very large kill spell that will probably beat whoever you’re attacking down in a couple of turns.

Our final pick for the best Zombies in Commander is a three mana Blue and Black 2/2 called Lick Lord of Unx. Aside from having an odd name, this little card is a win condition in and of itself. You see, you can pay one Blue and one Black mana and tap it to put a 1/1 Zombie into play.

Wait, that’s fairly terrible; it’s actually the second ability that makes this so good. For two Blue and Two Black, you can have a player lose X life and mill X cards, where X is the number of Zombies you control. You don’t have to tap anything to do this; you just need mana. So, you can repeat this as long as you can afford it. It’s just a great ability, and if you’ve got the other cards on this list in your deck, then you should have plenty of Zombies to fuel this ability and win the game.