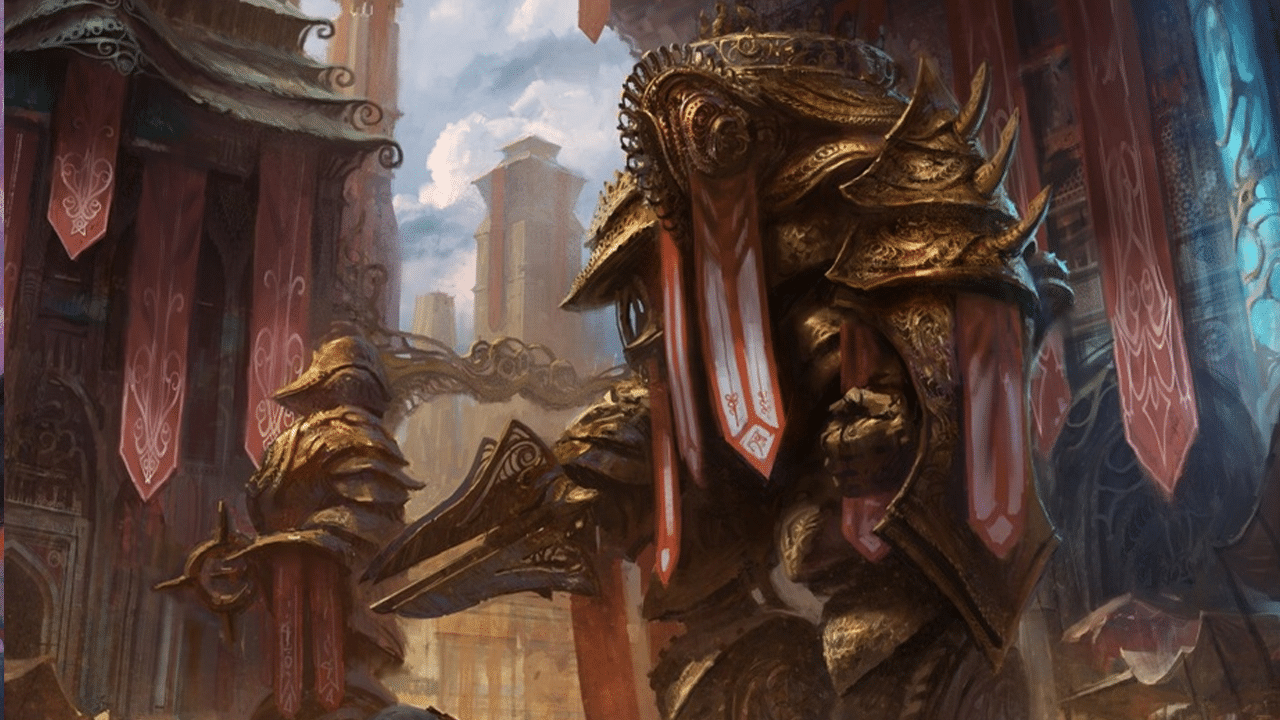 We all like to win, but winning in a traditional way can sometimes become a bit boring. We’ve all beaten our friends to death with Dragons and stuff, but it’s nice to keep things fresh.

We’re not talking about mill here either, although we definitely will because you’ve simply got to love mill. That’s not us being subjective either; everyone loves mill; it’s a fact.

Instead, we’re specifically looking at the alternate win conditions in MTG.

Read More: Strixhaven has too many words

There are actually a lot of different win conditions in MTG, and while we do like the one introduced in Strixhaven, Strixhaven Stadium, we’re not sure how good it’s going to be yet, so we’re looking at older cards instead.

This isn’t a comprehensive list, as there are some real duds about, but these are the ones you should look to if you want something a little different to win with.

What if you could play a one mana Green Enchantment that could win you the game, and it even has shroud to stop it being targeted? Well, that’s exactly what Helix Pinnacle is, although you’ll need to put a little bit of work in to win.

You see, you need one hundred or more tower counters on Helix Pinnacle in your upkeep to win the game. You can put these counters onto it by paying mana, with one mana netting you one tower counter. It seems like a lot, and frankly, you can probably spend one hundred mana on something else, but it’s still an entertaining way to win.

Next, we’re going to be talking about a big old Dragon. Hellkite Tyrant is a six mana Red 6/5 with flying and trample, and you get to steal the Artifacts of whoever it deals combat damage to, which is fun.

You can win using it if you happen to control twenty or more Artifacts during your upkeep. Now, this is a fun combo with Mycosynth Lattice, because the Lattice turns everything into an Artifact, so it’s pretty easy to get off, but it can still be stopped in a fair few ways. Of course, if you can support it with other Artifact win conditions, then you can attack from multiple angles.

Our next pick for Artifact win cons is Mechanized Production, which is a four mana Enchantment Aura. You have to enchant an Artifact you control, and then at the beginning of your upkeep, you make a copy of the Enchanted Artifact.

Then, if you control eight or more Artifacts with the same name, you win the game. It doesn’t even have to be eight of the one you enchanted, which makes it a little easier to work with. However, having this attached to an Artifact usually makes it easier to remove than other options on the list.

Revel in Riches is a five mana Black enchantment that makes it so that whenever a Creature than an opponent control dies, you get to create a Treasure token. Now, you can sacrifice these for one mana apiece, which is nice, but it’s not how you win.

The final bit of text on Revel in Riches reads that if you control ten or more Treasures in your upkeep, that you win the game. The thing that makes this one so good is it’s just so easy to kill things if you’re playing a deck with Black cards, so it’s great.

Moving away from Artifacts for a little bit, we’ve got Liliana’s Contract which is all about demons. Liliana’s Contract is a five mana Black Enchantment that has your drawing four cards and losing four life when it enters the battlefield. This isn’t a terrible rate, but the alternate win condition here is a huge boon.

At the beginning of your upkeep, the card checks if you own four or more Demons with different names, and if you do, then you win the game. It’s a fun card to have in a Demon tribal deck, and if you’re playing Demons anyway, you’ll likely not have to rely on this to win.

Another Black Enchantment here with Mortal Combat. Mortal Combat is a four mana Enchantment that simply lets you win the game if you have twenty or more Creatures in your graveyard at the beginning of the upkeep.

The real thing here though, is that if you play it, you get to sing the Mortal Kombat theme song from the 1995 film until you win, and then you just keep singing it for the rest of your life. We’re not sure what else you could want.

Another upkeep win here, but this time it’s all about your life total. Felidar Sovereign is a six mana 4/6 with vigilance and lifelink; it’s also a cat, which is nice if you’re playing a cat tribal deck.

Felidar Sovereign checks your life total at the beginning of your upkeep, and if it’s forty or more, then you win the game. What’s really cool about this, is that you start Commander with forty life anyway, so it can be an incredible card if you can keep it alive or flash it in.

Mirrodin Besieged is a three mana Blue Enchantment that has two different modes. You can have it create a 1/1 Myr token every time you cast an Artiface spell if you want, but it’s far more satisfying to have the other mode on instead.

The other option has you drawing a card and then discarding a card in your end step. Then, if there are fifteen or more Artifact cards in your graveyard you can have someone else lose the game. While this doesn’t work really well against multiple opponents, it being in your end step instead of your upkeep is a huge boon and protects it against sorcery speed removal.

2 – Approach of the Second Sun

It’s a lot of text, but basically, if you can cast two copies of Approach of the Second Sun, and the second one was from your hand, then you win the game. The thing that makes this so powerful is that you can easily draw back down to it in the right deck, and there are plenty of ways to stop opponents interfering with you too.

Read More: How these Strixhaven mechanics will work in Commander

Finally we have Laboratory Manic, which is a three mana Blue Creature that has you win the game if you try and draw a card from your library and there are no cards left to draw. It’s an absurd ability that can also be found on Jace, Wilder of Mysteries, but we still think Laboratory Maniac is better because it’s one mana cheaper.

There are lots of ways to make sure you can pull this off, but one of the most entertaining, by far, is Leveler, which is a five mana 10/10 Artifact Creature that exiles your library when it enters the battlefield. We just think it’s neat, and definitely our pick for the best of the alternate win conditions in MTG.