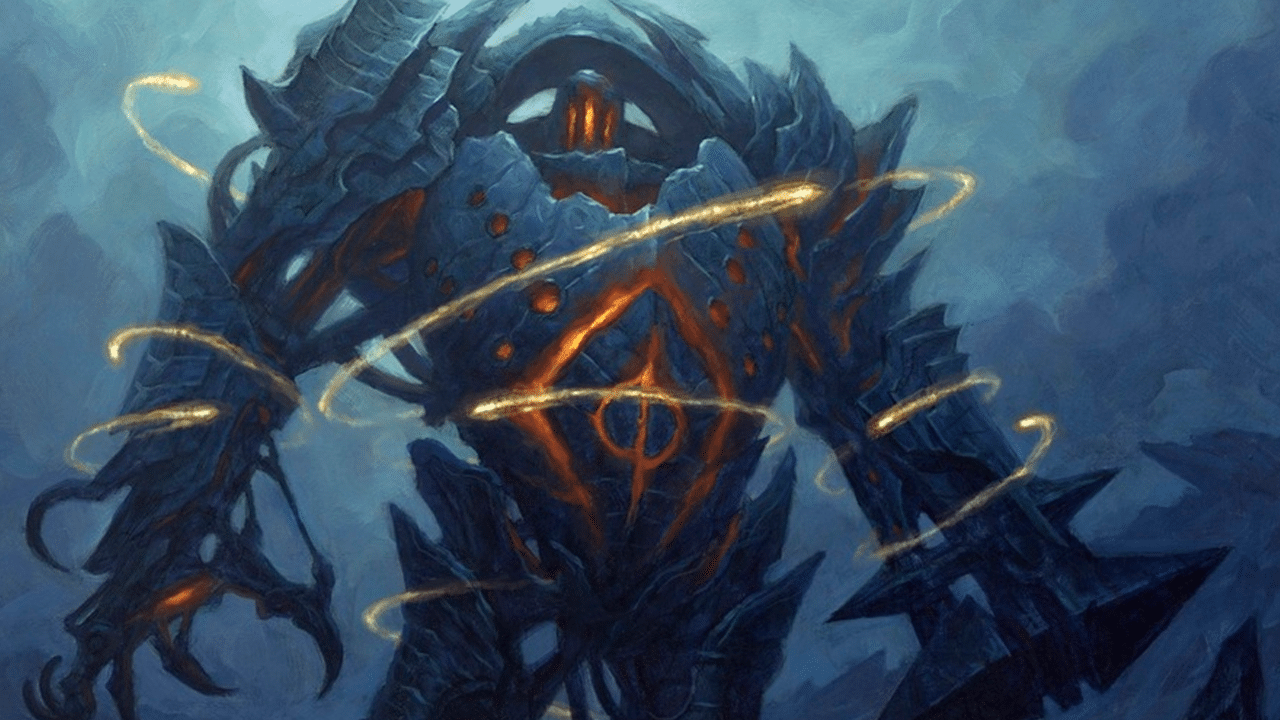 The 10 Best Artifact Creatures In Commander

With the new Lorehold Legacy decklist out in the wild in amongst the Commander 21 spoilers, it’s clear that we’ll be getting a new excuse to play Artifacts in Commander again.

Sure, it’s not like we needed a new excuse to do so, but hey, who doesn’t love a gigantic metal colossus?

With that in mind, we’ve come up with the best Artifact Creatures in Commander to add to your deck, and a lot of these are great even without other Artifacts.

The 10 best Artifact Creatures in Commander

While there are a lot of honorable mentions we could make here, we’ve reduced the list to three, mostly for brevity’s sake. First up is Golos, Tireless Pilgrim, who is great, but as a five-color card, he’s a hard one to fit into most decks.

The second one is Silas Renn, Seeker Adept, who is excellent for recursion, but can be tricky to manage because he has to do damage first. Also, shoutout to Solemn Simulacrum, who is an excellent ramp card and general best boi. With that done, let’s get into the best Artifact Creatures in Commander.

First up is Hex Parasite, a one-mana 1/1 that ends up being surprisingly potent thanks to its ability. You see, for X mana and one Black or Phyrexian mana, you can remove up to X counters from a permanent, and then Hex Parasite get +1/+0 for every counter removed.

While your initial reaction might not be “wow, that’s amazing”, you can use this on opposing permanents too, like Planeswalkers, for example. That means you can kill off Planeswalkers, make an Everflowing Chalice useless, and basically anything else you could want. This is one 1/1 not to be underestimated.

From little to very, very large, here we have Phyrexian Triniform, which is a nine mana 9/9. Along with being massive, the Triniform is aptly named as it leaves behind three 3/3 Golems when it dies.

However, this card gets even better the more opponents you have, because it has encore, albeit for twelve mana. Encore makes a copy of this Creature for each opponent, and it has to attack them this turn if able, and then you sacrifice the token at the end of the turn. Assuming you have three opponents, you will end that turn having swung in for nine damage at each of them, and then be left with nine 3/3s for your trouble.

This time we’re going from very, very large to “look at the absolute size of this unit”, because Blightsteel Colossus costs twelve mana. Of course, for that investment, you do get a Creature that’s well worth the investment because it has trample, infect, indestructible, and it’s an 11/11.

That’s all more than enough to win the game with one or two attacks, but it even shuffles itself back into your library if it ends up in your graveyard, which is a nice little bonus. It’s just a shame it costs so much.

Some of the best Artifact Creatures in Commander sure are pricey, eh? Memnarch is a seven mana 4/5 that is average in a fight, but an absolute horror of fighting against if you’re not careful. You see, Memnarch has two very useful ability.

The first ability costs three mana and turns a permanent into an Artifact, which is fun, but often not great on its own. However, the second ability, which costs four mana, lets you gain control of an Artifact, and when you combine the two, it becomes very easy to steal everything worthwhile from an opponent, and we think that’s hilarious.

Sharuum the Hegemon, or Sharon, to their friends, is a six mana White, Blue, and Black card with 5/5 stats and flying. They’re also a weird robot Sphinx, which is kind of cool.

When they enter the battlefield, you can return an Artifact card from your graveyard to the battlefield, and given the colors they’re in, flickering them or playing them multiple times isn’t hard to do at all. It’s not a complicated ability, and you need something worth resurrecting to make the card great, but that’s not often a problem.

Read More: How these Strixhaven mechanics will work in Commander

The Kuldotha Forgemaster is a five mana 3/5 with no special combat abilities. As is often the case though, the power from this card lies in its ability, which allows you to sacrifice three Artifacts to find an Artifact card in your deck and put it into play.

Given how many cards there are that either want to die, or that make sacrificial Thopters or Servos, this cost isn’t really a drawback at all, and being able to cheat in one of the big old Creatures from earlier in the list, or even something like Darksteel Forge, which gives all of your Artifacts indestructible, losing three of anything is always worth it.

Despite what we said about Golos being too many colors, Breya is a four-colour (all but Green) Artifact Creature that is usually the best option for your Commander around. As a 4/4, the stats aren’t bad for the cost, and when they enter the battlefield, you get two 1/1 Blue Thopters with flying too.

You can also pay two mana and sacrifice two Artifacts to either deal three damage to a player or planeswalker, give a Creature -4/-4, or gain five life. These are all useful abilities, and you can protect your Artifacts from exile by sacrificing them, or just use them to recur things if you want them in the graveyard.

Being able to cast your best spells at Instant speed is a huge win in Commander, where you’ll often need to wait until the last possible second to cast your threats to avoid them all dying.

Well, Shimmer Myr is a three mana 2/2 that has flash itself, but also gives all of your Artifact spells flash too. That means you can dodge removal, react to attacks, and just generally mess around and surprise your opponents however you wish.

Have you ever gone into a fight (in a game, we don’t condone violence) thinking you’re about to throw down against someone your own size, only to find that they’ve transformed into an 11/11 Blightsteel Colossus and all of a sudden, you’ve broken all of your bones and become a crying puddle on the floor? That’s basically what Master Transmuter does, because while it costs four mana for a Blue 1/2, its ability lets you swap things around.

For one Blue mana, you can return an Artifact you control to your hand and then put an Artifact from your hand into play for free. This has a lot of benefits, like being surprising as in our example, but it also gets around most counterspells, and means you can pay one mana for a twelve mana card.

Our final pick is an odd one, because while we’d argue that a lot of the other entries on this list are more powerful, there aren’t many that offer quite as much versatility, nor are there ones that fit in as many places as Walking Ballista. Walking Ballista costs XX for a 0/0 that gets X counters +1/+1 counters on it. You can then pay four to add another counter to it, or remove a counter to ping something for one damage.

The power of this card comes from your ability to enhance it. If you can give it deathtouch then suddenly you have a very easy way to wipe out any troublesome Creatures. If you can give it lifelink and you have an Archangel of Thune out, then suddenly you’ve won the game. Combine it and a big enough Creature using The Mimeoplasm, and you’ve once again won the game out of nowhere. Walking Ballista can fit into a lot of different strategies, and your ability to mess around with it and mod it like a weapon in a game, makes it a truly outstanding card, and definitely one of the best Artifact Creatures in Commander.

Read More: Our picks for the best Mono-Red Commanders