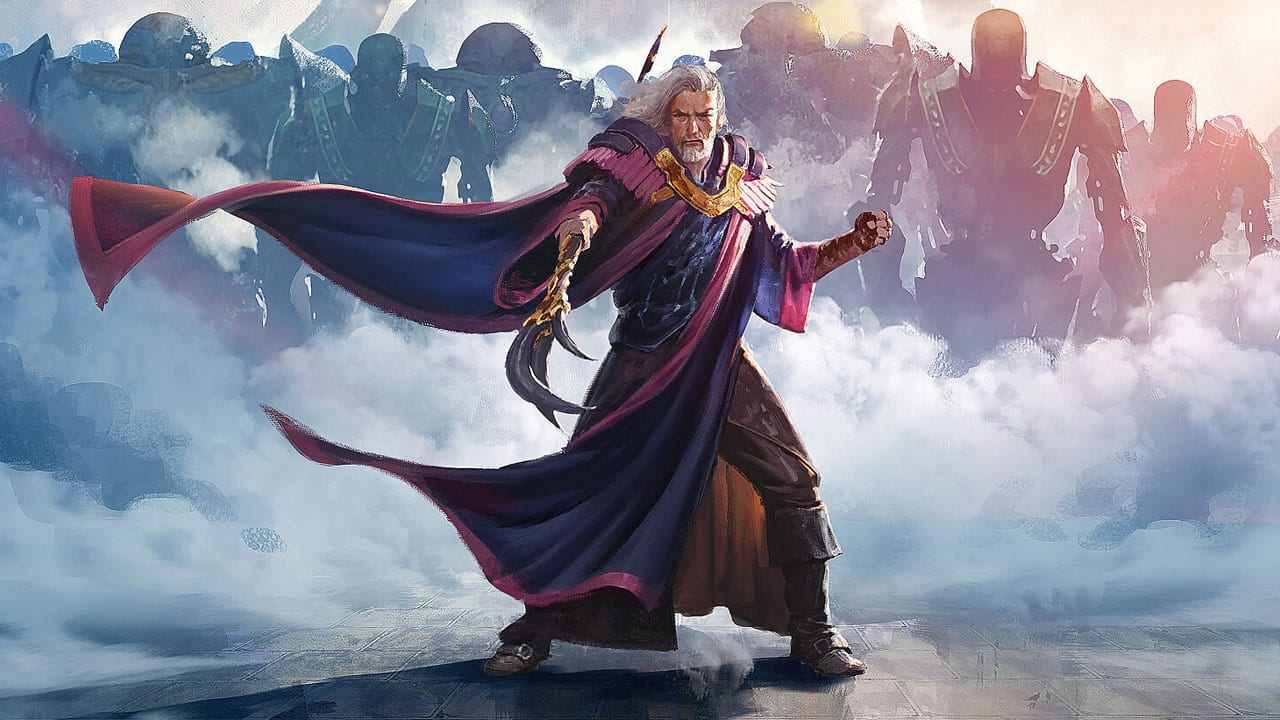 In Magic: The Gathering, Blue is the best support color in the game. It provides you with card draw, protection, finishers, and powerful combo pieces. However, you can struggle to achieve the same pressure in Mono-Blue especially in Commander. With this, there are a bunch of powerful Mono-Blue Commanders that can lead you to victory given how powerful they are.

Plus, sticking to a mono-color strategy in Commander is a surefire way to keep things budget and affordable. With that, let’s whittle down some of the best Commanders in blue.

Read More: What is Commander in Magic: The Gathering?

What’s better than one Sol Ring? Many Sol Rings! Thada Adel, Acquisitor is a catch-all Commander that allows you to steal artifacts from your opponent’s deck. Granted, it relies on the opponent having a decent artifact to nab. But with cards such as Sol Ring and Arcane Signet becoming Commander staples, you’ll always guarantee a couple of hits with Thada Adel’s ability.

Thada Adel is ideal at the helm of a ‘Merfolk matters’ Commander deck, using cards such as Thieving Skydiver to lean into the steal approach even more. You can go down a voltron route with equipment such as Whispersilk Cloak to ensure the Merfolk Rogue always connects with your opponents, allowing you to use your opponent’s artifacts.

When discussing “group hug” strategies in Commander, Braids, Conjurer Adept is one of the better ones especially if you want to stay in one color. With the build-around potential of Braids, you can leverage your list to make the most of this Show and Tell effect. You can run cards such as Agent of Treachery and Sower of Temptation to ensure you can steal whatever permanent your opponent puts into play. You’ll want to reap the benefits of Braids ability so running steal effects will surely get you there.

Even as the Braids player, you can easily cheat a huge threat such as Blightsteel Colossus for free. Doesn’t that sound great?

Teferi, Temporal Archmage is one of the few planeswalkers which can serve as your Commander. Despite costing six mana, the card wields several impressive abilities. It’s Teferi’s second ability that can take over a game of Commander. By untapping up to four permanents, allowing you to accelerate on mana with Teferi realistically costing only two mana. Also, Teferi can allow you to untap permanents that offer powerful effects to use them again.

Finally, Teferi’s last ability is a game-ender if you are running a planeswalker-focused Commander deck. Going further, it’s better within the ninety-nine alongside other planeswalkers and a Doubling Season. Either way, Teferi, Temporal Archmage is a powerful Commander and a great option to lead your Mono-Blue Commander deck.

Coming from Kaldheim, Orvar, the All-Form is an interesting Commander if you care about copying effects. As Orvar is a Changeling, it has all creature types, not just Shapeshifter. Orvar will allow you to use instants and sorcery spells to target your permanents and make token copies of them. The second ability won’t come up much in Commander, as it involves discarding Orvar and that’s something you don’t want to do.

Even without the combo finishes, Orvar offers a unique take on a copy-theme deck. You can run cards such as Consecrated Sphinx and Myr Battlesphere to leverage the battlefield in your favor. Running multiple copies of these cards will be a surefire way to victory, and cause frustration for your opponents. If you want to run a Commander that carries plenty of tokens and powerful effects, then Orvar, the All-Form is for you.

Read More: Veyran, Voice of Duality Is Going To Be Great

There’s nothing quite frustrating than seeing your own permanents being taken by your opponents. Not only do you lose the utility of that permanent, but your opponent also gets to use it instead. And that’s the purpose of Memnarch, a Commander who cares about stealing permanents.

While Memnarch‘s first ability may seem linear, it’s the second ability that really makes the Artifact Wizard shine. By using the first ability, you can use the second to steal any permanent on the battlefield which also includes lands. Going further, you can add Mycosynth Lattice to offset Memnarch‘s first ability altogether and focus on controlling the battlefield instead. What makes Memnarch a powerful Mono-Blue Commander is that the abilities do not require Memarch to become tapped, meaning you can use these abilities as much as you wish. One downside is that Memnarch‘s abilities are mana intensive which may present some relief to your opponents.

If you’re playing Blue, you enjoy drawing cards. It’s one of the biggest pulls to playing the color in Commander, and Azami, Lady of Scrolls offers that in abundance. Even when Azami comes into play, you are able to tap Wizard (or Azami herself) to draw a card. It turns even the most underwhelming of Wizard cards into valuable draw engines.

Given that most of the best Blue creature cards are Wizards (such as Jace, Vryn’s Prodigy, and Snapcaster Mage), Azami can slot into most Mono-Blue Commander strategies with ease. If you want to draw nothing but cards in your game of Commander then Azami is for you.

4. Emry, Lurker of the Loch

From Throne of Eldraine, Emry, Lurker of the Loch offers a recursive artifact theme that is common within the Blue color pie. It’s easy to discount Emry’s mana value since you’ll be running so many artifacts even if you have to pay Commander tax. Emry allows you to cast an artifact from your graveyard and there are various ways to make the most of this ability. Running cheap artifacts such as Lotus Petal or Mishra’s Bauble is a surefire way to generate incredible amounts of value.

You can run cards such as Mirrian Spy and Chakram Retriever to use Emry’s ability repeatedly on a single turn. Overall, Emry is an impressive Mono-Blue Commander and could be a fun change if you run Sai, Master Thopterist, or Arcum Dagsson at present.

A solid baseline for any Commander is rewarding you for doing things that are already part of your strategy. Take Talrand, Sky Summoner which is a Mono-Blue drawing value engine. Every time you cast an instant or sorcery spell with Talrand in play, you create a 2/2 blue Drake token with flying. What makes Talrand so powerful is that you are in the color that cares about instant and sorceries, which only generates extra value as the game progresses.

It allows you to be tempo or aggressive orientated with Talrand. You can cast a bunch of instant and sorceries and overwhelm your opponents with evasive threats. Lastly, Talrand is one of the more budget-friendly Commanders since you don’t need hallmark spells to make the strategy work.

Blue’s ability to counter spells has haunted Magic: The Gathering players for decades and has given the color a less than desirable reputation. However, Baral, Chief of Compliance is the headline Commander if you want to continue this trend. For only two mana, Baral discounts the cost of instant and sorcery spells you control by one mana, allowing you to take control of a Commander pod.

Going further, whenever you successfully counter a spell you draw a card and discard a card. This is a great way to make sure you always have the tools you need to keep your opponents at bay. You’ll want to run a bunch of instant and sorceries to get the most out of Baral’s passive ability.

It’s easy to say that Urza, Lord High Artificer is one of the best Mono-Blue Commanders, not to mention one of the most impressive. Urza’s enter the battlefield ability may not seem impressive, but it’s the two last abilities that make the Human Artificer really powerful. Firstly, the ability to provide each of your artifacts to tap for one Blue mana is incredibly powerful, not to mention versatile. This allows you to run low-cost artifacts that can turn into mana rocks once Urza is in play. Going further, generating artifact tokens is another surefire way to ramp into bigger threats.

That isn’t all, Urza can also cheat cards into play with his last ability. Although you aren’t able to manipulate your library, it’s a great option to do something with all that mana.