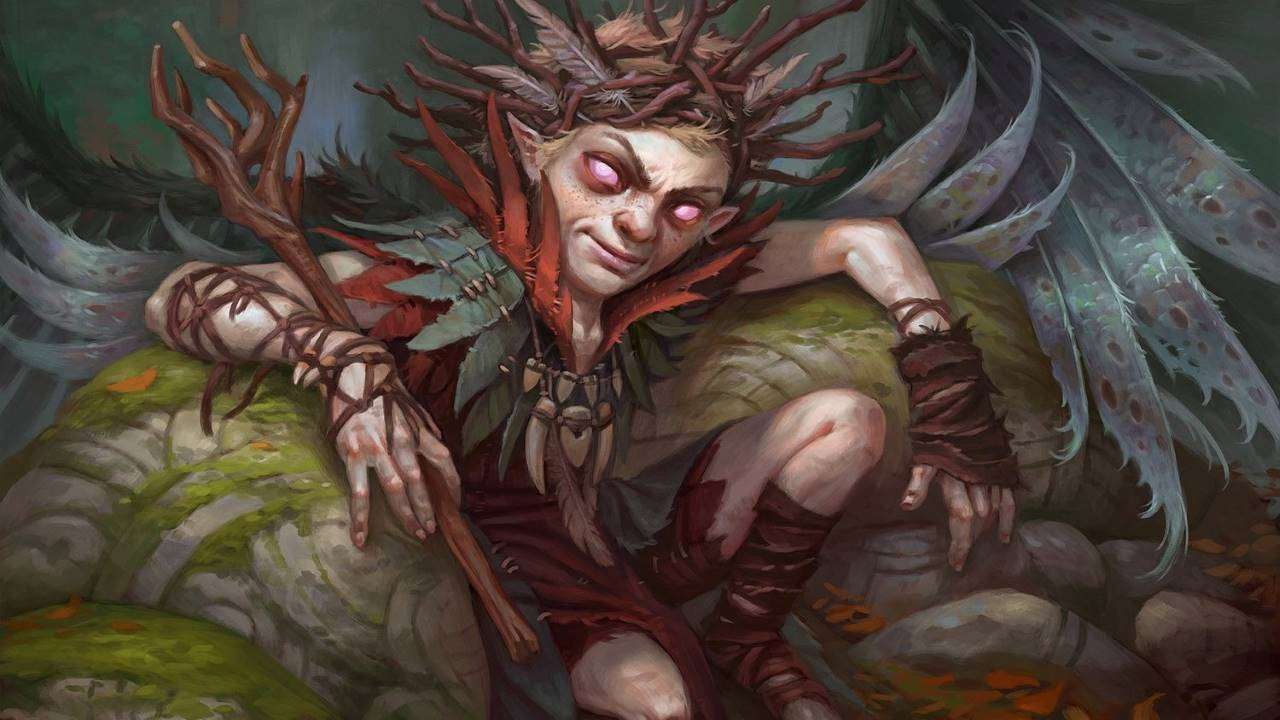 We've Gone Ahead And Ranked The Magic: The Gathering Formats

Just to clear this up literally straight away, this is obviously just an opinion, and you’re more than welcome to disagree with it. However, we will explain our reasoning as we go, so have a good read and see if you can at least appreciate where we’re coming from.

Now then, ranking the formats in Magic: The Gathering is nearly impossible due to the fact that there are an awful lot of formats that pop up here and there that many don’t know about. So, to keep things simpler, we’ve gone for the ones we have listed on MTG Rocks.

Ranking the Magic: The Gathering formats

We always do a shoutout or honorable mention of some sort in any of our lists, and we see no reason as to why this should be different.

While we are ranking all of the formats we have in our format section on the site, we do want to note that Pack Wars is one of the greatest formats of all time. If you don’t know what it is, you should look into it, it’ll change how you open booster packs forever. Now then…

Vintage is a format that allows you to play nearly every card ever printed in Magic: The Gathering. It’s a huge amount of fun, but it’s also so laughably expensive that the ability to play it is bordering on being as exclusive as the Reserved List.

We’d love to put this higher up the list, because we want to celebrate everything in MTG, and few formats do that as well as Vintage, but even a cheap deck in Vintage will set you back somewhere in the region of $15k, and that’s just bad.

Oh Brawl. We actually feel a little bit mean on this one, but Brawl just doesn’t do much for us. The idea of a Standard Commander format is certainly an interesting one, but the somewhat wonky power levels and the smaller pool of cards often means that it’s just not as fun.

We don’t dislike Brawl or any of the formats on this list, but it’s just hard to get really hyped about Brawl when Commander is just a bigger better version of it. We appreciate Brawl for being a stepping stone into other formats, but it’s just not for us.

Historic is a fascinating format. It’s basically the stand-in for eternal formats in MTG Arena, and while there are certainly good times to be had here, it’s hard to get into if you’re new to MTG Arena. That’s fine, to a point, but every time we play it we get a bit sad about the economy in the game.

It also makes us kind of sad when we think about how much we want Pioneer, Modern, Commander, and basically every other format in MTG Arena too. It’s hard to ignore the deficiencies of MTG Arena when they’re being rubbed in your face.

While Legacy isn’t anywhere near as expensive as Vintage, it’s still hardly what anybody could call cheap. Despite that, it’s an incredibly cool format that a lot of people will dabble in if they’ve been playing MTG for a long enough time.

The variety of decks in the format and the overall power level makes for a great time all around, it’s just a shame it’s not a touch more accessible from a financial standpoint.

Standard is an essential format, probably the one most people play first in terms of an actual constructed format. It’s also the only one on the list, aside from Brawl, that actually rotates. While the gameplay in Standard is something that helps to sharpen players, people often end up falling out of it when they get bored of having to deal with rotations.

It’s an odd balance, and while Standard constantly draws new players in, it also loses players to the eternal formats. While it may seem cheap at first, having to buy new cards regularly adds up fairly quickly. There also tend to be a lot of sudden bans in Standard recently, which makes it a less certain format than it used to be.

Pioneer was created to bridge the gap between Standard and Modern, but it’s gone beyond that and evolved into a format all of its own.

There are loads of great cards in Pioneer, and thanks to the overall freshness of the format, it often feels more exciting to play than some other formats. Of course, it only really came into being just before the pandemic hit, so it’s hard not to let that cloud our view of it. Maybe playing these decks in paper won’t be as much fun, but we doubt it.

Sealed is the format you’re probably going to play when you go to a pre-release, as you’ll open up your pack before building a deck from the contents. Normal Sealed is that much different from pre-release, but you don’t have your promo card to use.

While we do enjoy Sealed, it lacks some of the tactical flair of Draft, so we’re ranking it a little lower than the other limited format, as a result. Nobody can deny the joy of a pre-release, but there’s a reason people prefer Draft.

Read More: Should Hullbreacher Be Banned in Commander?

Pauper is basically just a very cheap eternal format, and it also happens to have a shockingly high power level.

The fact that the format is entirely comprised of Common cards helps to keep the cost down permanently, and it also gives you a new appreciation for those times when a card gets downshifted in rarity. Trust us, there’s nothing quite as exciting as seeing an excellent card suddenly appear at Common, and then realising you can build an entirely new deck around it.

Read More: Can We Get More Mutate Cards, Please?

Draft has you and a group opening up packs together, passing around cards, trying to figure out what everyone else is going for, and then eventually building a deck and doing battle.

It’s unique amongst all of the MTG formats, and some of the most exciting games you’ll ever have will be because of a Draft. We’re not 100% sure how long it’ll take before we all get back to drafting in person, but we’re very much looking forward to doing so.

Modern is where a lot of players will find themselves settling into Magic: The Gathering. It’s an eternal format that houses some of the most powerful cards in the game, but it lacks the same obnoxious price tags found in Legacy and Vintage.

It also has a large enough pool of cards that you can still innovate if you want to, and while there are definitely meta decks to beat here, you’ll find yourself able to be a little bit more inventive than in most formats thanks to the good balance of cost and cards.

Read More: Adventures In The Forgotten Realms: Release Date, Mechanics, And Everything You Need To Know

Obviously, Commander is the best format. Commander is the original singleton format, and you have access to basically every single card in MTG when you’re building your deck. While the potential power level and cost of a Commander deck is basically limitless, in actuality, you’re going to usually balance all of that with your playgroup.

Commander is also a multiplayer format, and one designed almost entirely for fun, instead of getting that competitive thrill. It allows players to indulge in political scheming, metagames, and countless other things that aren’t really viable in other formats. As such, it sits atop the other formats in Magic: The Gathering because it’s flexible, and above all else, the most fun to play.