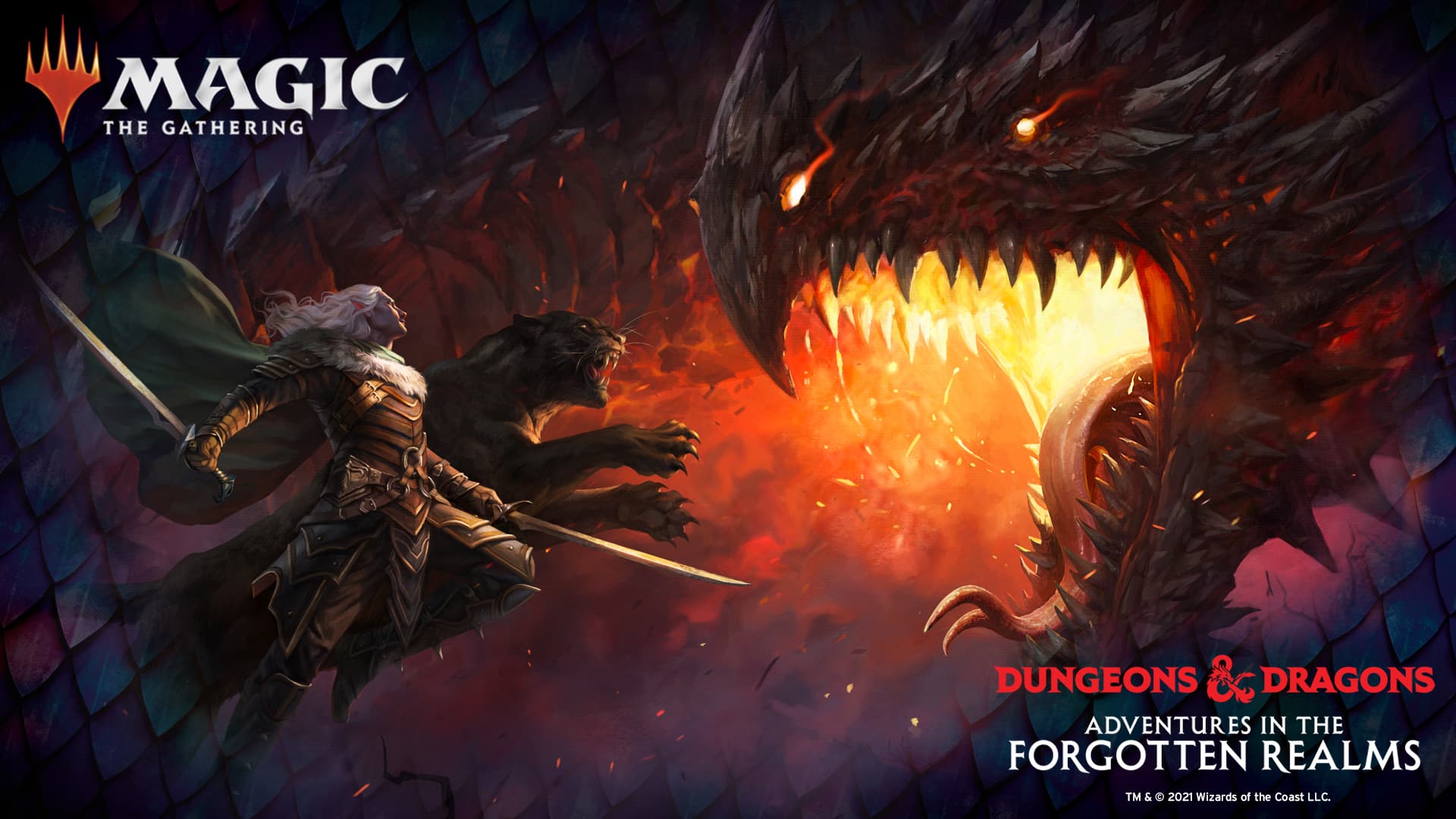 Two of Wizards of the Coast’s biggest properties, Magic: The Gathering and Dungeons & Dragons, are about to cross-over in a brand new MTG set, Adventures in the Forgotten Realms. This Standard-legal set is replacing the annaul Core set this year, and the new Magic cards will feature characters and themes from the popular fantasy-themed tabletop game, including the iconic D&D hero, Drizzt Do’Urden.

Last May, WotC has given us a sneak peek at the upcoming cards from the crossover set, revealing our first look at the MTG versions of Drizzt Do’Urden, Lolth, Spider-Queen, and Bruenor Battlehammer.

Today, another potential card from Adventures in the Forgotten Realms has been leaked, and it’s a rare land with special never-before-seen Dragons & Dungeons-themed frame.

The leak card comes from Pfinity, and it reveals a rare land called Den of the Bugbear.

Leaked rare land from Adventures in the Forgotten Realms

Den of the Bugbear

If you control two or more other lands, Den of the Bugbear enters the battlefield tapped.

The art was illustrated by Jeff Easley, and unlike regular Magic cards, the frame of Den of the Bugbear features red background with a unique format showing the title of the card at the top center instead of the upper-left section. You can also see “Dungeons & Dragons” labeled in the upper-left corner, and you can see that there’s “Dungeon Module R12” above, and below the card title has the text, “An adventure for character levels 17-20”. It’s still unclear how this will affect gameplay.

For a creature land, this looks pretty decent as it doesn’t seem to slow down your curve, so it might see some play in Burn or Zoo decks, but I doubt that it will be viable in Modern Constructed format. WotC hasn’t revealed the new mechanics from this set, so we’ll have to wait for the official previews to start before we get an explanation about its other card details.

This isn’t the first card potentially leaked from the Adventures in the Forgotten Realms; last month, a card with a dungeon-venturing mechanic was revealed. Earlier this month, two cards have been officially revealed, but these cards didn’t feature any new mechanics.