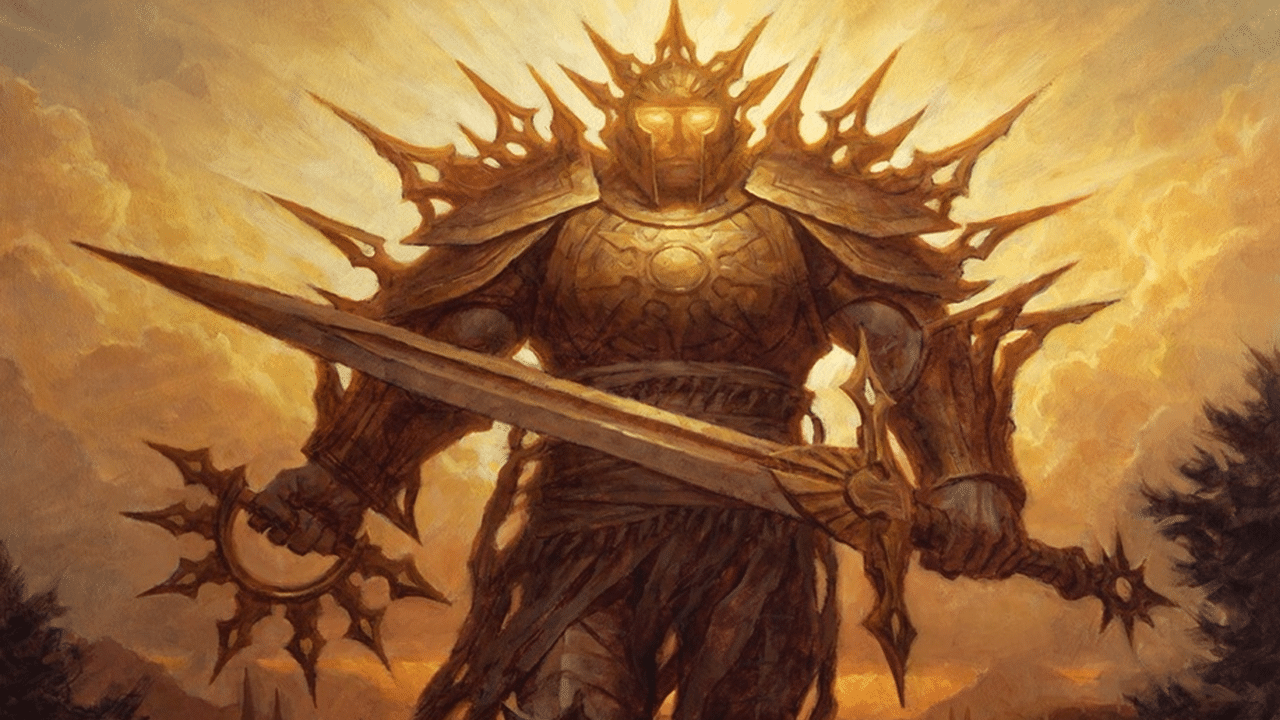 10 Amazing White Commander Cards For Under A Dollar

Our final entry in our list of budget Commander cards is White. Now, White, oddly enough, has some of the best cheap cards in the entire game.

We could basically do ten of these lists and probably still not cover all of the great cards there are to choose from here, but we’ve gone ahead and tried to make the first one of them anyway. So, here are 10 budget White Commander cards you should pick up.

Read More: 10 Amazing Blue Commander Cards For Under A Dollar

10 amazing White Commander cards for under a dollar

You can also cycle it for three mana too, but the key thing here is just filling your deck with cards that cycle and strong ETB effects, and then just going absolutely wild. It’s an absolutely riot to mess around with.

View at TCG Player
Mace of the Valiant is a three-mana Artifact Equipment that costs three to equip and will become more and more of a threat as the match goes on.

Whenever a Creature enters the battlefield under your control, you get to put a charge counter on it. Then, the equipped Creature gets +1/+1 for every counter on the mace. It’s just a very easy way to make something very big and scary.

For four mana, Marshal’s Anthem is an Enchantment that grants all of your Creatures +1/+1. There are a lot of anthems in White, but this one does something special.

Alongside its casting cost, it also has a multikicker of two mana. For every time you kick the card, you can return that many Creature cards from the graveyard to the battlefield. We love dual-purpose cards, and this one is a powerful one.

There are a lot of cool board wipes in White, but the ones you usually want are the ones that will help you out without hindering you at all.

Mass Calcify is a seven mana Sorcery that destroys all nonwhite Creatures. While this does mean that you might not hit everything you need to, it does also mean that you’ll never destroy your own Creatures, and that’s incredibly helpful.

Read More: Will Chatterstorm be Banned in Pauper?

View at TCG Player
Baird, Steward of Argive, is a four mana 2/4 with vigilance. They’re also a Legendary Creature, so you can always have them as your Commander in a bind.

The main draw for them though, is that they make it so that Creatures can’t attack you or a Planeswalker you control unless they pay one mana for each Creature. It’s just a good way to protect yourself without much effort.

First of all, Restoration Angel is also under a dollar, so there’s an extra entry for you. However, we really like Flickerwisp because it’s a weird-looking Elemental.

For three mana, Flickerwisp is a 3/1 with flying that’ll exile another target permanent, and then have them return to the battlefield at the beginning of the next end step. We just think it’s neat.

They also have landfall, and when a Land enters under your control, you can put a nonland permanent into your hand from your graveyard. However, if that Land is a Plains, you can just put it into play instead. If you’re playing a White deck, you’re going to love this.

Finding the right card at the right time isn’t always easy in Commander games. There’s a lot of deck to choose from, so having a tutor or two can dramatically change the game.

Well, Thalia’s Lancers is a five mana 4/4 with first strike that lets you grab a Legendary card from your deck and put it into your hand. If you can then flicker it, you’ll be able to keep going. This really got a boost when Planeswalkers became Legendary too.

For five mana, it’s a 4/3 with flying. When it enters the battlefield, you can return up to two Creature cards with power two or less from the graveyard to the battlefield. You can also evoke it for six mana if you want to, but you’re probably not going to do that very often if you’re not doing something monstrous.

We did say there were a lot of ways to get stuff back to the battlefield, and Sun Titan is yet another good option for it. For six mana, Sun Titan is a 6/6 with vigilance.

When it enters the battlefield or attacks, you can return a permanent with a mana value of three or less to the battlefield. This is a little more flexible than the other choice on the list because you can get any permanent. It’s especially fun to use it to get back Fetch Lands as a cheeky way to get a bit of ramp going.

Our final pick is one of the best bits of removal in Commander. That’s not hyperbole; that’s just a fact. Darksteel Mutation is a two-mana Enchantment Aura that turns Creature it enchants into a 0/1 Insect with no abilities other than being indestructible.

You can always use this on your own Creature if you want, but it’s by far and away one of the most efficient ways of removing an enemy commander going. It’s tough to kill, so all they can do is chump block with it, but it’ll never do. It’s incredibly satisfying to turn whatever horrible commander someone else is using into a bug, and we recommend doing it as often as possible.

Read More: Select MTG Commander Decks Are Now At Their LOWEST Price Ever On Amazon