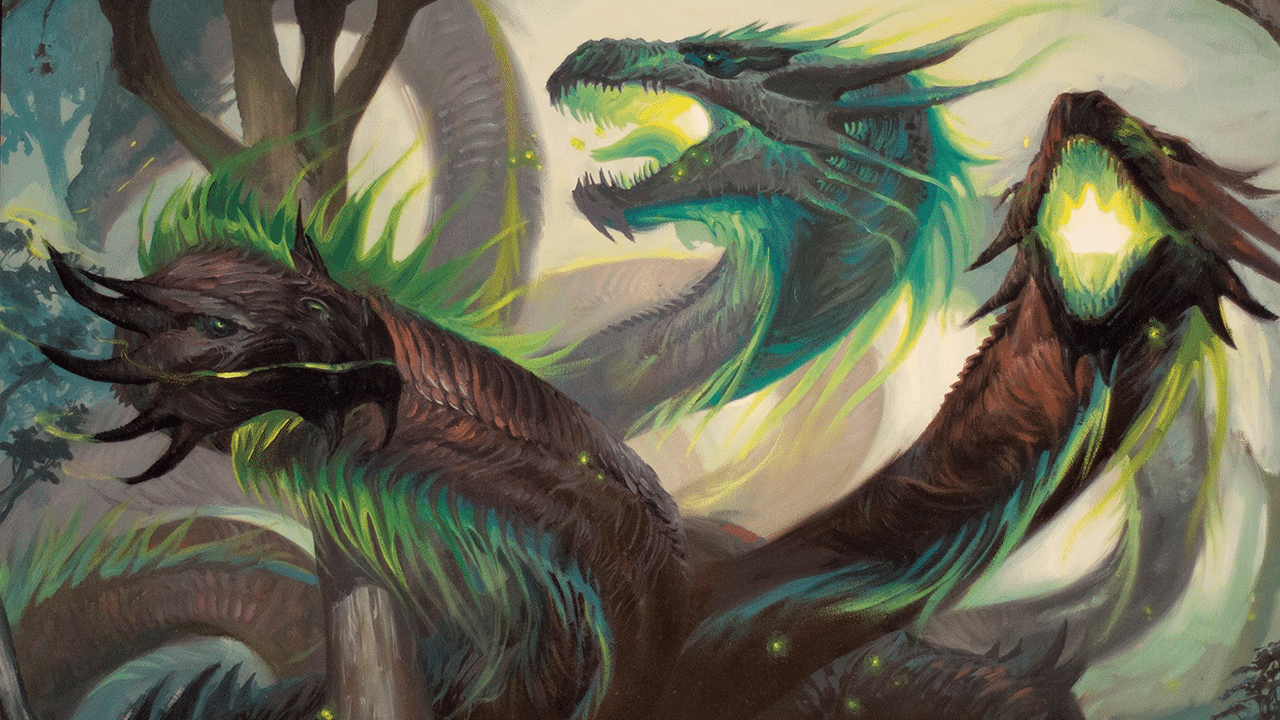 Why You Should Be Playing Hydras In Commander

Playing a tribal deck in Commander is a nice and easy way to get into the format. You get to play with a bunch of cards you like, they all work together towards a common goal, and you can often find easier synergies and combinations because of the shared Creature type.

There are a lot of tribes in Commander that are a huge amount of fun to play, and there are some that we wish had more support. However, of all the tribes available, one of the best ones going is Hydras, and we’re not sure they get as much love as they deserve.

So, you’re this far in, and you like a good Hydra, but you’re not sure you want to commit to them completely. The thing is, Hydras are, generally speaking, massive Creatures that’ll always make a big impact on the board when they’re played.

They’re also nearly always on curve, because so many of them have X in their casting cost. It means that you’ll rarely find yourself unable to play your cards even if you end up struggling to find Land cards, and we think that’s beautiful.

They’ve also got some incredibly potent support cards and Commander options, so we’re going to dive into those a little bit too. We like to be thorough, and none of this has anything to do with the hydra who recently moved in nearby. Nope. Not at all.

Should you choose Gargos, Vicious Watcher?

For many, the most obvious choice when it comes to your Hydra commander is Gargos, Vicious Watcher. Gargos is a six mana Green 8/7 with vigilance. That makes him a beastly card already, but they also allow you to beat up Creatures whenever a Creature you control is the target of a spell.

Mostly though, they make Hydra spells you cast cost four generic mana less to cast. Assuming you only cast two Hydras per turn from that point on, you’re still gaining eight mana every single turn just by having them out. It’s absurd, and they’re a great choice, and a pretty cheap one too. The only real downside with them is the number of colors give access to.

Thoughts on Gyrus, Waker of Corpses?

Gyrus, Waker of Corpses is both the frontman of an intensely heavy metal band, and also another potential commander for your Hydras. They’re an X Black, Red, and Green 0/0 that enters with +1/+1 counters on it equal to the amount of mana you’ve spent on them.

Also, “Whenever Gyrus attacks, you may exile target creature card with lesser power from your graveyard. If you do, create a token that’s a copy of that card, and that’s tapped and attacking. Exile the token at end of combat.” That’s a really cool ability, but it’s also one that doesn’t play particularly well with the X casting cost of many Hydras, which means he’s not a great choice, at least not for his ability.

Ah, Progenitus, what a card. Progenitus is a ten mana Hydra Avatar that costs two of each mana color. They’re a 10/10, and if they would be put in the graveyard from anywhere, they get plonked into your deck instead.

The biggest plus of Progenitus is access to every color. There are a lot of little Hydra outliers in colors that don’t quite fit into the other options here, so it’s a shame to miss out on them. However, they don’t do anything specific to Hydras either, so unless you really want all five colors, we’d pick one of the other options here.

Is Zaxara, the Exemplary any good?

Our final potential pick is Zaxara, the Exemplary. Aside from Gargos, Vicious Watcher being generally cheaper to make due to being a single color, we think that Zaxara is the best Hydra commander you can have. They’re a four mana Black, Green, and Blue 2/3 with deathtouch that you can tap to add two mana of any one color.

They also have, “Whenever you cast a spell with X in its mana cost, create a 0/0 green Hydra creature token, then put X +1/+1 counters on it.” That means that you’ll be generating an extra Hydra for nearly every Hydra you cast. That’s a very hard thing to argue with. There are also just a lot of good Sultai cards you can use, like Villanous Wealth too. So, those are your main options; let’s dig into the supporting players.

How to make your Hydras the best around

There are a lot of cards that can really help boost the power level of any Hydra tribal deck through the roof. Anything that impacts +1/+1 counters is a good shout, but there are some cards that do a lot more work than others.

Some of our favorites include Vorinclex, Monstrous Raider, Corpsejack Menace, and Branching Evolution. All three of these have different specific bits, but they all double the number of +1/+1 counters you put on your Creatures. We don’t need to explain why that’s good in a deck filled with +1/+1 counters.

The Ozolith is another good support card, because it’s a one-mana Artifact that reads, “Whenever a creature you control leaves the battlefield, if it had counters on it, put those counters on The Ozolith. At the beginning of combat on your turn, if The Ozolith has counters on it, you may move all counters from The Ozolith onto target creature.” It’s a really useful way of keeping your mana investments a bit safer than they would normally be.

How about even more supporting cards?

We’ve got even more options too; Fractal Harness is a card that costs X and three for a Green Equipment that comes in with a 0/0 Fractal Token to attach to. It costs two to equip to anything else, but the main thing here is that whenever the equipped Creature attacks, you get to double the number of +1/+1 counters on it.

You’ve then got Elementalist’s Palette, which is a three mana Artifact that gets two charge counters whenever you cast a spell with X in its mana cost. You can then tap it to add one mana of any color, or tap it to add one colorless mana for every charge counter on it, but you can only use it to cast costs that contain X. That’s no issue though, because, you know, Hydras.

Unbound Flourishing is our final recommendation. It’s a three mana Green Enchantment that doubles the value of X on any permanents you cast with X in their mana cost, and copies any abilities, Instants, or Sorceries with X in their mana cost. It’s absurdly powerful, and a lot of fun to use. As you can see, there’s a lot of good reasons to go and build an almighty Hydra deck, so we reckon you should just go ahead and do it.