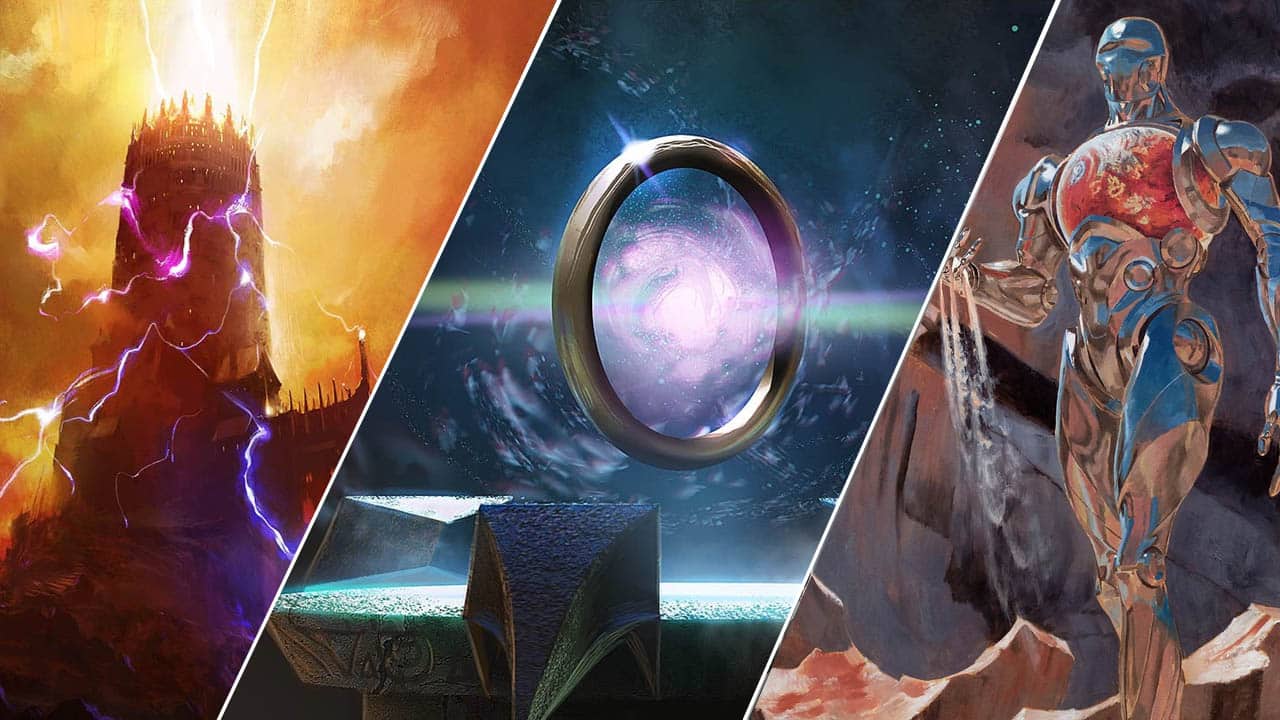 What is Commander in Magic: The Gathering?

You may have heard about Commander but afraid to ask what it is, or you are pretty new to Magic: The Gathering and want to take the hobby further. There are so many different formats when talking about Magic: The Gathering it can be difficult to know where to begin. From a new player perspective, Commander (also known as EDH or Elder Dragon Highlander) is the best starting point if you are looking to play with more players.

Created by Magic: The Gathering fans, Commander is played in a casual Free-for-All multiplayer setting although there is the option to play two-player games as well. There is even a competitive variant called CEDH if you really want to delve further into the nuances of Commander. It’s one of the most popular formats of Magic: The Gathering around and continues to grow day by day.

Wizards of the Coast continues to support Commander through various products such as Commander Legends and releasing preconstucted decks every year. You won’t be short of options or support for the format going forward, and there are plenty of ways to approach the format. You have so much freedom in what you want to do, what you want to build, and how to play those decks. Truly, you can approach Commander in whichever what you want and it’ll be a good time.

Read More: Best MTG Sleeves: Which Card Sleeves Should You Get For Playing Magic: The Gathering?

The Rules of Commander

Each player starts on 40 life, and each player’s deck is headed by a legendary creature designated as that deck’s Commander (also known as a General). Your deck is a total of 100 cards including your Commander, and a player’s choice of commander determines whether the other cards can be played in the deck and can only run one copy of a card, except for basic lands. For example, if you wanted to run a Commander with Tatyova, Bethnic Druid at the helm, you could only use Green, Blue, Colorless, or multi-colored Simic cards to create the deck.

Before the game begins, each player sets their Commander aside the command zone. You may cast your Commander from the command zone for its normal costs plus an additional 2 mana for each previous time it has been cast from this zone. Like other formats, you lose the game once you are on zero life. However, you can lose the game if a player is dealt 21 points of combat damage from a single Commander over the course of a game. This combat damage total is kept separately for each player’s Commander and does not reduce if a player gains any life.

What is Legal in Commander?

With the huge number of cards available in Commander, there is a hefty ban list to complement it. The current ban list is as follows:

Extending this banned list, all cards that refer to the ante mechanic or cards that are culturally offensive are also banned.

Commander is full of staple cards which would take forever to go through, but there are a few cut above the rest which you should always intend to run in your Commander deck.

Sol Ring and Command Tower are essential for any Commander deck – they play an important role within the format and you don’t want to run a deck without them. Fortunately, they are a bunch of printings thanks to the number of Commander preconstructed decks so there are readily affordable. Going further, Arcane Signet is another potent option if you are looking to run any Commander with a color identity. Introduced in the Throne of Eldraine Brawl decks, Arcane Signet ensures fixing with no downside which is now considered to be one of the best mana rocks within the format.

Commander features powerful lands such as Reliquary Tower to ensure you can keep all the cards you draw. Often you’ll want to run anything between 35-38 lands within a typical Commander deck, which gives you some room to have flexibility and utility in your land base. They may seem unexciting but ensure you don’t lose out on any value throughout the game.

Where to Find Other Players

In usual circumstances, going down to your local game store would be the ideal way to play Commander. But with the ongoing coronavirus pandemic, this option may not be accessible to everyone. Fortunately, there is a way to play tabletop Commander from the comfort of your own home.

SpellTable is a fantastic way to play Magic: The Gathering remotely with the use of a webcam and a computer. We even created this handy guide to get you on your way. Once set up, you can shuffle up and play Commander with your friends.

Otherwise, you can play Commander on Magic Online (MTGO) however, it is not available on MTG Arena. It is a little tricky to play on Magic Online since you need to acquire the cards digitally, but maybe an option if you are unable to set up Spelltable.

Commander is truly the people’s format. There are so many ways to play and approach the format that it continues to be refreshing and exciting. You don’t have to worry about metagames or trends within the format, as often players will instill their own personality when playing their own decks. With the amount of product available, it’s never been easier to jump into Magic: The Gathering‘s most popular format and you don’t have to spend a bunch of money to enjoy it.

Read More: What is SpellTable?