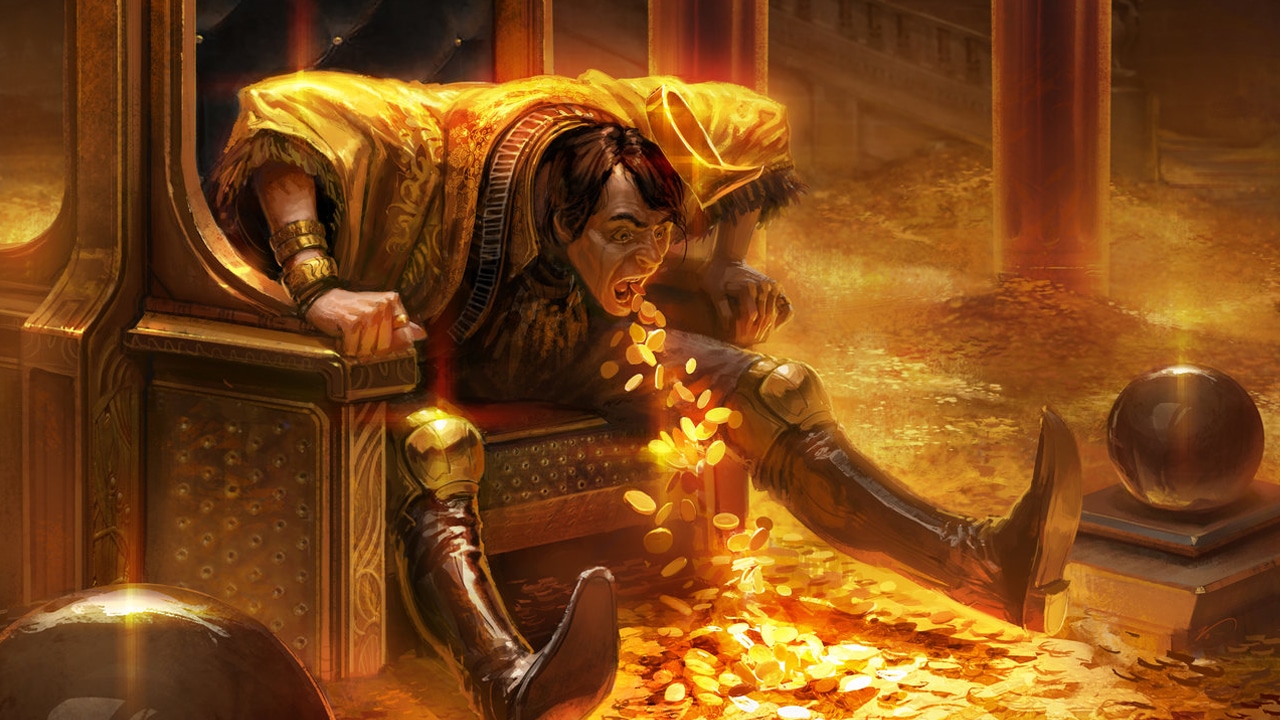 Magic: the Gathering Is ”On Track” to Become a Billion Dollar Brand

For several years now, Wizards of the Coast has been boasting record profits thanks to Magic: the Gathering. With an increasing player base and burgeoning product lineup, this is hardly a surprise to see. Whether you pin the blame on Universes Beyond, Secret Lairs, Commander, or just increased player interest, MTG’s growth is plain to see. According to Hasbro, this has put Magic: the Gathering on track to be the company’s most valuable brand. In a statement, the company claimed Magic is “on track to become [Hasbro’s] first billion-dollar brand.” This is obviously a tremendous prospective milestone for Wizards of the Coast. However, it comes off the back of controversy.

In their statement to investors, Hasbro didn’t detail every decision that had informed Magic: the Gathering’s glowing valuation. Instead, Hasbro highlighted merely what is to come for the brand, such as the “exciting new collaborations with Final Fantasy and Assassin’s Creed.” Due to release sometime in 2024, little is known about these Universes Beyond products, however, opinions are already split. Some players are fervently excited about the products and eagerly speculating about what characters they might bring to life. Other MTG fans, however, herald the growing lineup of Universes Beyond products as a “threat” to Magic: the Gathering. Despite these concerns, however, it appears that Universes Beyond products are ultimately successful and fuelling the growth of MTG.

As much as some players may not like it, this isn’t really all too much of a surprise to see. Since the product line was first coined by Hasbro back in 2021, the crossover brand of Universes Beyond has gone from strength to strength. What started as tentative and definitely controversial, Secret Lairs has evolved into a product line that’s primed to become a core part of Magic: the Gathering. For instance, today, Wizards launches the biggest Universes Beyond product to date, the Warhammer 40,000 Commander decks. With over 168 new cards, these products have been in exceptionally high demand, with prices soaring to over $1000!

In 2023, Wizards of the Coast is poised to push the Universes Beyond product line even further. Currently, mechanically unique Universes Beyond cards are only available in Eternal legal formats. However, that is about to change. Launching in Q3 2023, The Lord of the Rings: Tales of Middle-Earth set will be Modern legal. This fully draftable set is also releasing on MTG Arena, expanding the reach of the often complained about product line. As if all that wasn’t enough already, Wizards is also releasing Doctor Who-themed Commander decks in 2023!

Alongside growth fueled by Universes Beyond products, Hasbro also pointed towards another much-mired recently announced product; 30th Anniversary Edition. According to Hasbro, this limited edition product is a “blockbuster” collectible series that gives MTG players a taste of Magic’s past. Inspired by Limited Edition Beta, the 30th Anniversary Edition features 60 cards non-tournament legal across four packs. Priced at $999, this non-tournament legal product is expected to make Hasbro a lot of money, to say the least. Unsurprisingly considering its absurdly high price point, MTG players aren’t all too enthusiastic about its release.

Across social media, MTG players have criticized Wizards of the Coast for daring to release this product. Offering minimal perceived value, some players are claiming this is “the most predatory thing Wizards has ever done.” Meanwhile, following the announcement of 30th Anniversary Edition, other players highlighted what else the immense price tag could afford. Reddit user u/YoSoyElFlaco states you could “go to Disneyland 9 days in a row,” for instance. Alternatively, you could “eat 418 Nacho Cheese Doritos Locos Tacos for $2.39 at Taco Bell.” Wizards and Hasbro caused so much outrage with this product that their announcement was even hijacked by a disgruntled fan!

Despite all this backlash, however, and even the potential for legal troubles, there’s the expectation that 30th Anniversary Edition will be a huge success. As MTG Hall of Famer Brian Kibler notes, this isn’t the first time outrage has proceeded to a product selling out in minutes. Initially, many MTG players were shocked by the $700 Magic 30 tickets. However, they still sold out incredibly quickly. Similarly, $999 non-tournament legal cards may be a shock to some. However, there’s undoubtedly the potential for success. Hasbro certainly seems to think so, at least.

Unfortunately for players who aren’t fans of Wizards’ recent business decisions, it appears things aren’t going to change soon. With an expectation that Magic: the Gathering will become a billion-dollar brand, things may even worsen. That is, however, only so long as you’re not a fan of Wizards’ recent experimentations and products. This opinion may appear to be universal across social media; however, the reality of the situation may be quite different. Since Magic’s future is governed by its successes, and the Universes Beyond line is exploding in scope, it’s reasonable to assume that this much-mired product line is actually incredibly successful. This would also explain why Hasbro expects a billion-dollar valuation for the MTG brand before too long.

Ultimately, as much as some MTG players may not like it, Magic: the Gathering is incredibly successful right now. Thanks to exciting opportunities on the horizon, this streak of success doesn’t appear to be slowing down. These new ventures may upset players, but for Hasbro and Wizards, money talks a lot louder than social media discourse. In the end, while it comes off the back of the controversial 30th Anniversary Edition, MTG players should be excited about this continued growth. After all, more profits and more products, as a result, are surely a good thing, no?