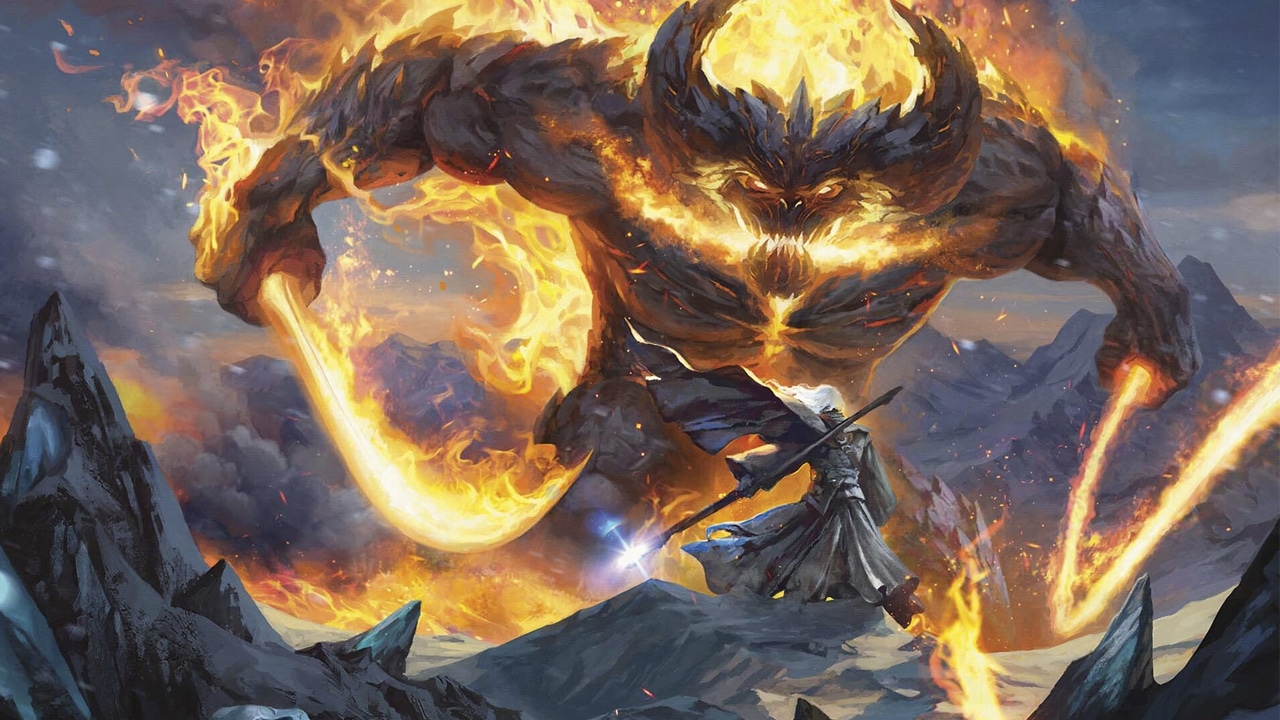 Tales of Middle-Earth MTG Set Is Bigger Than Expected

Iconic Lord of the Rings Characters Are Coming to MTG!

Until now, we’ve only known one character guaranteed to be included in the Tales of Middle-Earth set; Gandalf. Appearing in the set’s first promotional image, we’ve been able to admire Gandalf’s fantastic artwork since Magic Showcase 2021. This has left us eagerly awaiting more art and details about this undoubtedly iconic set. Thankfully, after almost an entire year, we’ve been given exactly that.

Now, alongside Gandalf, we know the Tales of Middle-Earth will feature Frodo Baggins, as well as the mighty Balrog. As some of The Lord of the Ring’s most iconic characters, it’s admittedly not the biggest surprise to see them in this set. Nevertheless, we’re incredibly excited to see their mechanics alongside the fantastic art we’ve already been treated to. There’s no word just yet on when we’ll learn more. However, with a release date penned for Q3 2023, we’ll likely have to be waiting a while for details.

While we don’t have any more official details to get excited about, there’s still plenty of time for rampant speculation. As a draft set, likely consisting of over 350 cards, there’s plenty to speculate about. After all, Gandalf, Frodo Baggins, and the Balrog surely won’t be the only legendary creatures in the set. It’d be frankly criminal of Wizards of the Coast not to include the entire Fellowship as legendary creatures. With so many essential characters across the Lord of the Rings books, as well as The Hobbit and The Silmarillion, Wizards has no shortage of characters to include.

Alongside what’s sure to be a litany of recognizable characters, Tales of Middle-Earth is also getting some spectacular artwork. After staring at Gandalf’s mug for so long, this isn’t a huge surprise. However, things are more exciting than expected. With borderless art cards that depict some of Lord of the Rings‘ most iconic scenes, Tales of Middle-Earth may have the best art of any MTG set!

This, admittedly, very bold claim, is thanks to Tales of Middle-Earth’s artistic centerpiece; 18 “borderless scene cards” that depict The Battle of the Pelennor Fields. As one of Lord of the Rings’ most iconic battles, Wizards decided that one card wouldn’t do it justice. Instead, the phenomenal artwork by Tyler Jacobson is split across 18 individual cards! These cards can all be combined to create one stunning piece of artwork, albeit one covered in rules text. For better or worse, getting all 18 cards from this spectacular artwork onto the battlefield probably won’t have the same game-winning effect as Exodia, the Forbidden One from Yu-Gi-Oh. Nevertheless, managing this feat should make The Lord of the Rings: Tales of Middle-Earth a set to remember.

Of course, alongside the eighteen-in-one artwork from Tyler Jacobson, we can also expect to see plenty of other artistic masterpieces from Magic’s talented roster of artists. Lord of the Rings has no shortage of iconic locales and imagery, so we can’t wait to see them realized.

Despite being a Universes Beyond set, Tales of Middle-Earth is primed to be far more important than expected. Currently, bespoke crossover Universes Beyond cards are primarily only Eternal legal. However, reprinted or alternate art cards such as Ikoria: Lair of Behemoths’ Godzilla crossover cards are the exception. The Lord of the Rings: Tales of Middle-Earth set, however, is pushing that even further by being entirely Modern legal.

This means that come Q3 2022, Modern players may have around 350 brand new cards to enjoy! It’s important to note that we said may there, as there’s currently no word on if the Tales of Middle-Earth set will feature reprints.

Alongside being a Moden legal Draft set, The Lord of the Rings: Tales of Middle-Earth is also coming to MTG Arena! Launching on MTG Arena as an Alchemy set, similar to Alchemy Horizons: Baldur’s Gate, the set will arrive alongside a new battlefield, avatars, pets, and more! This likely means that, similarly to Alchemy Horizons: Baldur’s Gate, there will be a dedicated Mastery Pass for the set. Details have yet to be announced so far, but as an Alchemy set, some cards will likely be replaced.

Read More: Doctor Who Is Coming to MTG!