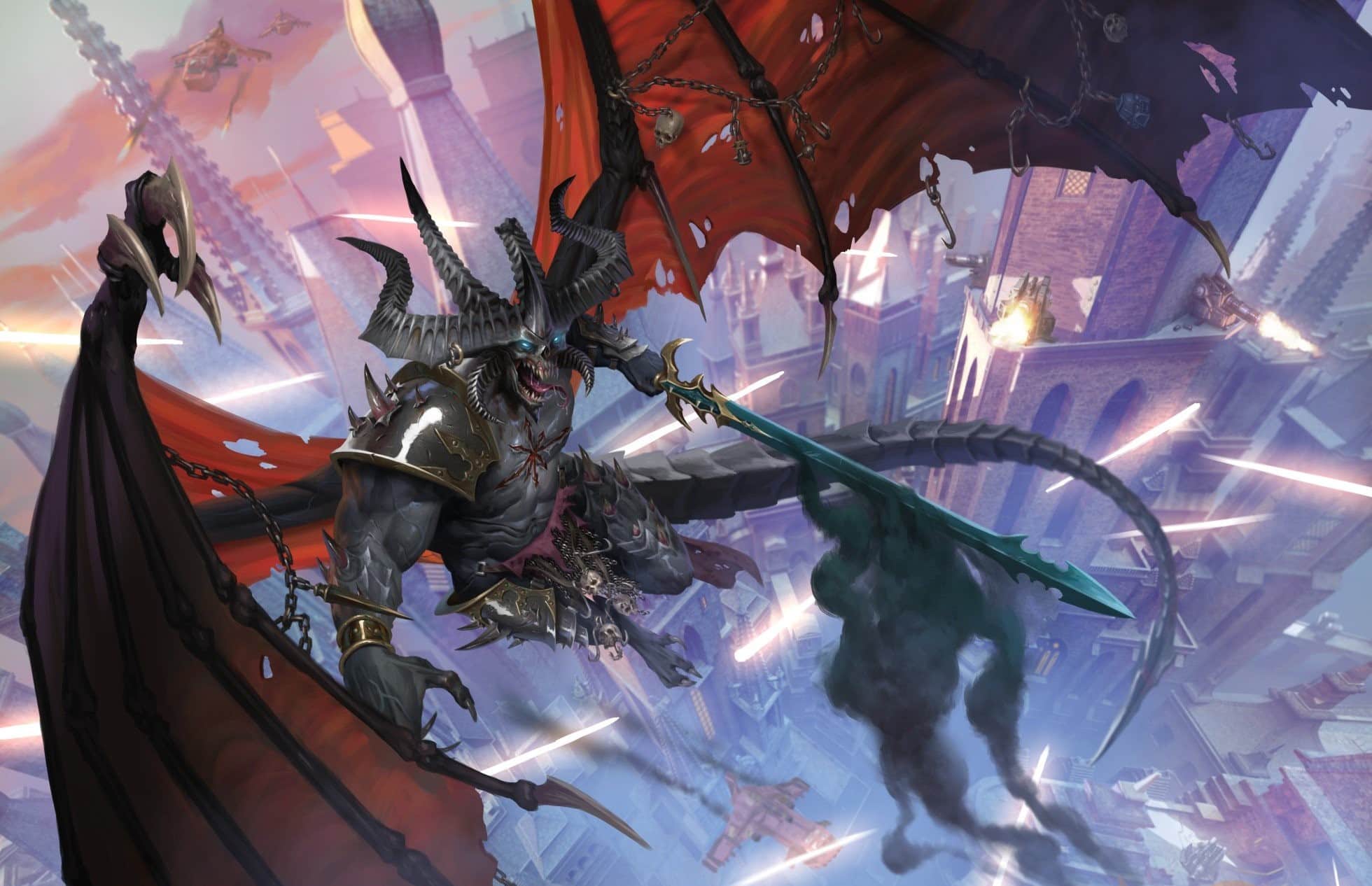 While some MTG players absorb all the new Transformers and Secret Lair goodness from Hasbro’s Pulse Con over the weekend, others are getting some not-so-great news. It seems that Warhammer 40K Commander decks are getting canceled and delayed across a bunch of different distributors and storefronts. There has not yet been an official statement from Wizards of the Coast regarding this, but many players have been sharing their stories. The most significant impact of all is that the Warhammer Collector Editions have almost doubled in price, coming close to and exceeding $1000 for a display of all four decks.

Kicking off this series of delays is a Reddit post from user Cdmphoenix13. Our user received this message from Game Nerdz regarding their Warhammer 40K Collector’s Edition preorder.

This premium version of the Warhammer 40K Commander decks has its own story. As they currently stand, these are the most expensive Commander products created by Wizards of the Coast. The only difference between this deck and the standard version is that the entirety of these decks features the exclusive Surge Foil treatment. This means that all 100 cards in each of these preconstructed decks have a unique foiling treatment.

Some lucky individuals managed to get these Collector’s Decks early, and they have a somewhat… expected catch. Unfortunately, these foil decks seem to suffer a common defect of foil MTG product called pringling. While this is likely only a result of these decks not being stored properly, you can read more about it here.

Either way, the already exclusive Collector’s edition seems more exclusive than we thought. Unfortunately, the story doesn’t end there.

Redditor coelomate recently created another Reddit post stating that Collector’s Edition Warhammer decks have also been delayed on Amazon. The good news for Amazon buyers is cancellations seem to be very uncommon. This means your cheaper prerelease prices on Collector product are still being honored. Alongside that, Amazon customers seem to be experiencing different degrees of delay:

“Mine is showing Oct 12-14th. It seems like a legitimate delay considering my regular set of those decks is also delayed to about the same amount.” – CrossroadsCG

“Mine first order says October 11th, the second order I placed says November 30th. Definitely interesting! I am super curious to see how this plays out as well.” – Amoboffreshman

Not mentioned here is that the creator of this post states that their Collector’s Editions have been delayed until October 26. We seem to learn a few things from the variety of dates and information being thrown around in these comments:

Either way, this demonstrates further that there seems to be an allocation problem causing product delays.

The last source for today’s discussion comes from Reddit user Hiro. There’s a lot he has to say, so without further ado:

“I pre-ordered the Warhammer 40K decks collector’s editions in August for $550.00. Today, the people I purchased from on TCGPlayer told me “sorry, our distributor didn’t allocate us any of this product” and gave me a refund. This is super frustrating, because of course now the purchase price is almost double what it was. I guess I have 2 questions, first, is it possible that they just found this out today? Second, do I have any sort of recourse through TCG?

I am frustrated because the whole point of purchasing the product in August was to “lock in” the price. I was so excited to play these decks with our playgroup and even ordered themed sleeves for each deck. The worst part is, I anticipated this happening, but thought it would happen as soon as the previews happened and the prices starting increasing. Sorry for the rant, but I am hoping someone in this sub will have some information for me.”

Comments signaled similar concerns to Hiro’s claims here. Once again, this complaint is about the Collector’s Edition product. This was already the most expensive Commander product ever when Hiro originally ordered it, yet prices now are double that. Stores have been known to cancel orders over a significant price hike, but this seems to be a widespread issue. This is likely an allocation error because of the frequency of the problems across platforms. Either way, these products are much rarer than players have anticipated, making these cards skyrocket. Unfortunately, players like Hiro affected by these cancellations have no choice but to either buy the Warhammer Collector Editions a second time for their new price or miss out.

Where can we Find this Product?

Finding MTG Warhammer crossover products at your local LGS may be an unrealistic expectation at this point. My personal LGS didn’t even have the chance to order these products, but I’m probably only going to buy Singles anyway. Fortunately, TCGplayer still has copies of this product up for order, but the price of these sealed decks has dramatically increased. A normal set of Commander decks go for about $240, but a display of Warhammer Collector Editions recently surpassed $1000! Recent sales suggest that these prices are cooling down a bit, selling for around $970, but with the absurd amount of delays being posted, it’s not difficult to imagine that these will surpass four digits again.