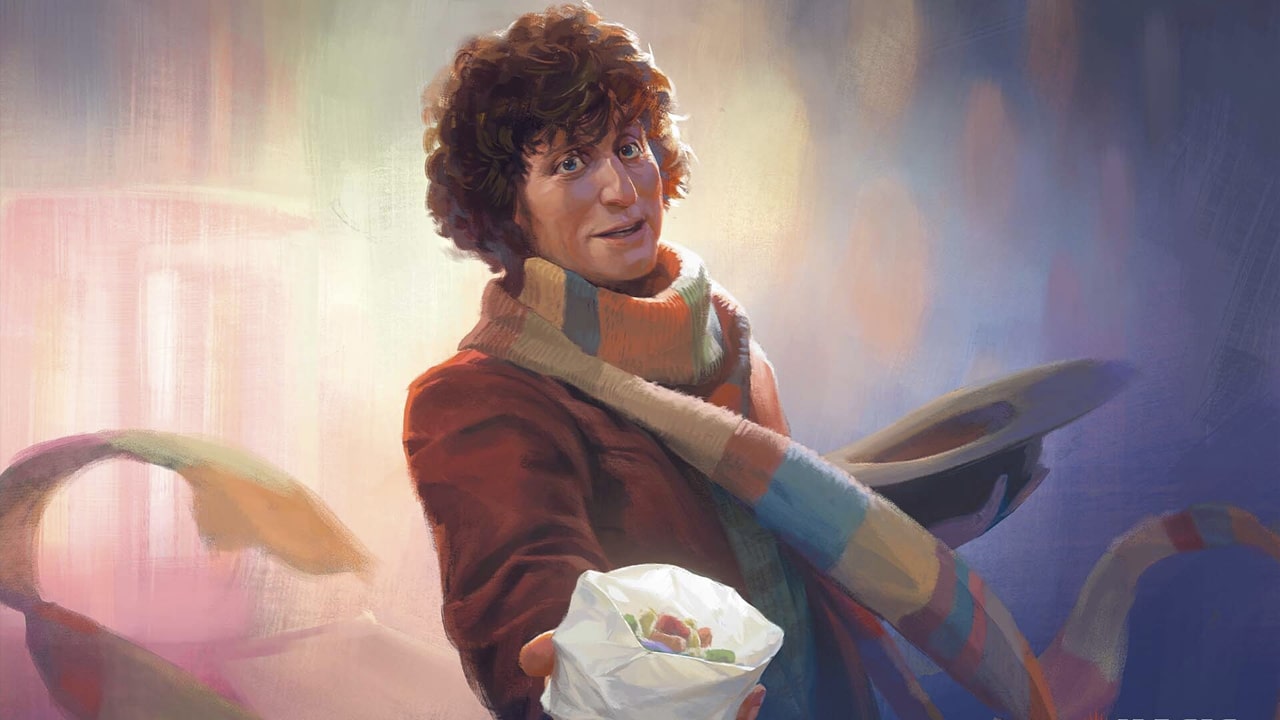 Ever since MTG’s first crossover product was announced back in 2020, many players have been skeptical about Universes Beyond. Regardless of the player base’s vocal lamentations, however, Wizards of the Coast has continued to expand the crossover product line. Following the initial crossover with The Walking Dead, Wizards has gone on to collaborate with Stranger Things, Street Fighter, and even Fortnite. After an extended wait, players will soon be getting their hands on MTG’s biggest Universes Beyond product yet, the Warhammer 40,000 Commander decks. With an even bigger crossover planned for 2023, Wizards of the Coast isn’t slowing down with Universes Beyond releases.

Ahead of the release of the Warhammer 40,000 Commander decks, Magic: the Gathering’s Lead Designer, Mark Rosewater, detailed the quirks and features of designing a Universes Beyond set. In this Making Magic article, Rosewater recounted the strengths and challenges that a Universes Beyond set brings. While there are more challenges than advantages, according to Rosewater, we can’t help but think Universe Beyond products are here to stay. In fact, if 2023 is anything to go by, Universes Beyond may play a much more significant part in MTG’s future.

First and foremost, Mark Rosewater explained the obvious: Universes Beyond “introduces Magic to a new audience.” As crossover products, this benefit is hardly surprising. However, Rosewater attests to it potentially being the most important. With over “20,000 pieces,” a constantly evolving metagame, and countless spoilers to keep up with, MTG undoubtedly has a high barrier to entry. This can make luring new players into MTG can be incredibly difficult. Ultimately, they need “something that excites them enough to overcome the initial hesitation.” As Rosewater explains, “a great way to do this is with an IP they love.”

Alongside enticing new players to MTG, Universes Beyond products are also excellent for pushing Magic’s boundaries. While not all players are fond of this boundary broadening, this can be excellent for the health of the game. For instance, when designing for a specific theme, genre, or IP, Magic’s designers are forced to be creative. This process often leads to brand-new designs, such as Squad, which the design team hopes to use again someday.

Ultimately, Rosewater states that “Universes Beyond pushes the game in a new type of direction, one which I think will bring a lot of joy to a lot of players.”

It’s Not All Good News

While there are plenty of upsides to designing a Universes Beyond set, Mark Rosewater admits that it’s not all sunshine and rainbows. Some of those rainbows are more like Painbows if you will. Firstly, as we’ve seen with the Warhammer 40,000 Commander decks, the colors in a Universes Beyond set don’t always balance. With Magic’s color pie being central to the game’s design, this lack of balance presents a severe problem for Magic’s designers. Unfortunately, it cannot easily be designed around for Universes Beyond products.

As Mark Rosewater notes, “other IPs aren’t designed with that [Magic’s color pie] being a consideration.” In Warhammer 40,000, for instance, “more concepts want to be in black and less want to be in green.” While Wizards did manage to stretch Warhammer 40,000 to all five of Magic’s colors, three of the five decks include black; meanwhile, white only appears once. Since this problem is so challenging to design around, Rosewater admits that “we can be careful with what we pick to put into the Universes Beyond game.”

This problem of crossover IPs not being designed with Magic in mind stretches far beyond just the color pie. For instance, when creating a Universes Beyond set, “the right mix of creatures doesn’t always exist.” With Magic typically needing over 100 creatures in every set, not every IP can support that demand. Similarly, Rosewater notes that Universes Beyond IPs can be missing mechanical necessities. For instance, an upcoming Universes Beyond release supposedly lacks flying creatures, making designing for evasion troublesome. Thanks to these mechanical needs, Rosewater notes that sometimes “Magic can’t represent the core concept of the IP.” This makes many potentially interesting Universes Beyond crossover ideas and suggestions ultimately untenable.

While Universes Beyond products may put additional constraints on Magic’s designers, the process appears worthwhile. We won’t know until next month exactly how widespread the Warhammer 40,000 Commander decks are. Despite this lack of data, Wizards has already announced plenty more products in the work. For instance, 2023’s release calendar already features the Lord of the Rings: Tales of Middle-Earth Draft set and Doctor Who Commander decks. Following this, we can only imagine Wizards is planning for more crossovers in the future. That is, of course, providing these Universes Beyond products in the works already are successful enough to warrant continuing.