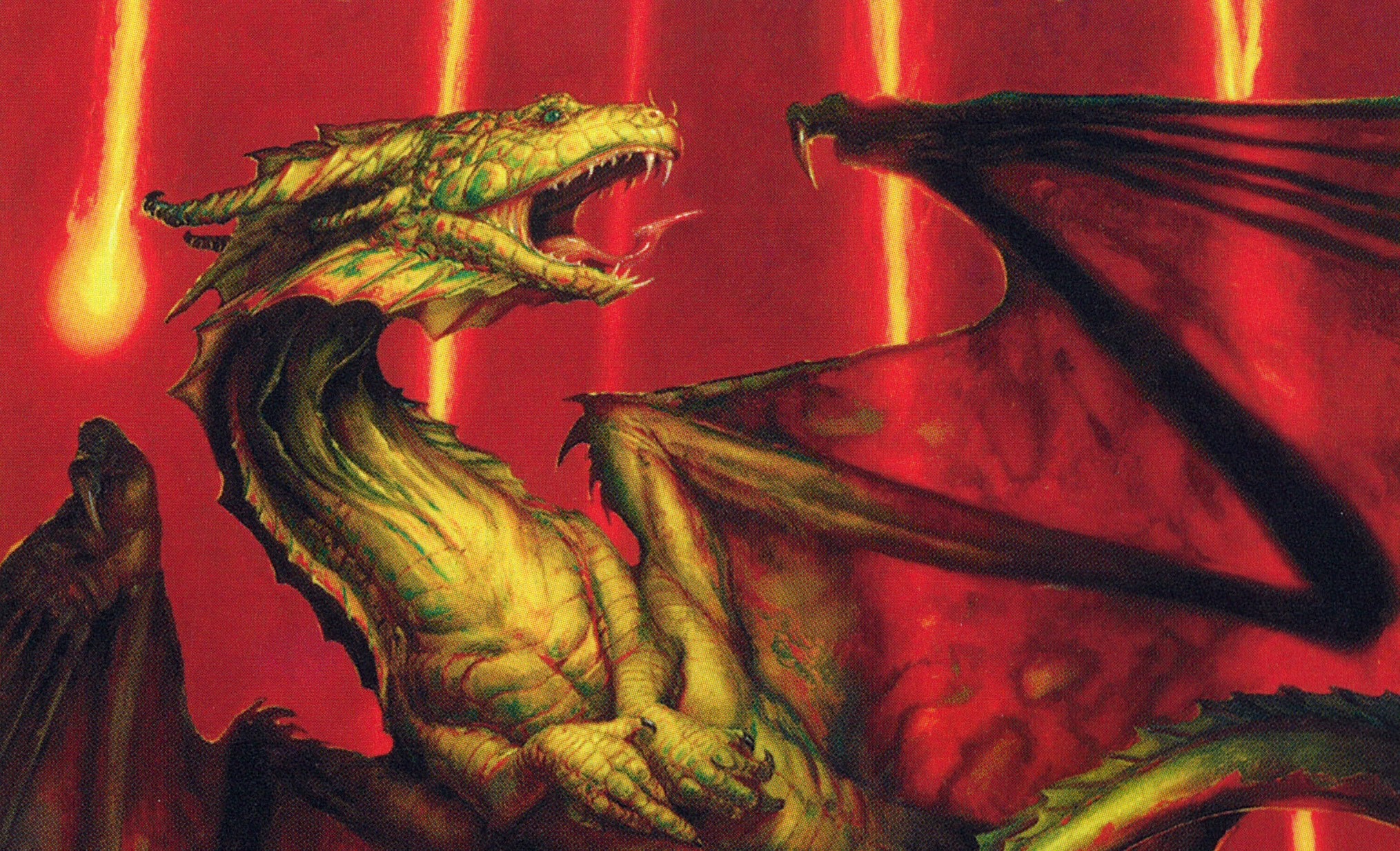 Wizards of the Coast had a huge reveal this morning. From a ton of exciting new 30th anniversary promotional cards, to some incredible new Brothers’ War spoilers, there is a lot to be excited about. The biggest bomb, however, came right at the end of the announcement. Wizards of the Coast is taking their 30th Anniversary edition product to the next level, reprinting Reserved List cards! The catches are simple: they are not tournament legal, and four packs of the product cost $999.

MTG’s 30th Anniversary product features golden-backed reprints from the Beta set. This means that MTG players will be able to get copies of some of the most expensive cards ever printed. As is represented by past gold-bordered printings, these cards will not be tournament legal. As shown by the Ancestral Recall and Black Lotus above, there will be old-bordered and new-bordered cards available. Each $999 set of cards includes four packs. Here’s what’s in them:

“Each pack contains 15 cards, 13 cards in the modern frame—1 rare, 3 uncommons, 7 commons, and 2 basic lands—plus one basic land in the retro frame, one additional retro frame card, and a token.” Wizards of the Coast’s official article

This means that each $250 pack, you have a chance of getting non-tournament legal copies of almost any card from the Beta set. In terms of exceptions, there are a few:

Pictured above is the Twitch comments to the MTG reveal when the $999 price tag was revealed by MTG creator Elaine Chase. Even some larger names in the community, like Amazonian, seem confused as to the goal of this product, commenting a simple “uh” in the Twitch chat.

The target audience that Wizards aims for with this product seems challenging to pin down. As seen by the recent Warhammer Collector’s Edition spike, prices entering the four-digit realm seem to price out a lot of the MTG community. Wizards specifically did not allude to whether these cards were Commander legal or not, just that they are not tournament legal. As expected by a community as vocal as this one, there are a lot of responses to this controversial product:

The community is pretty clear here. Four packs of tournament-legal cards for $999 is not a product that many can get behind. Comments like the ones above count in the hundreds between Facebook, Twitter and Twitch chat responses. A common alternative presented by the community is to sell a set of all of these “proxy” cards for $999. As it has been presented, however, the community has voiced their opinion that this one may be a miss.

How to Purchase Wizards’ Most Controversial Product

For those interested in Wizard of the Coast’s 30th Anniversary Edition product, they aren’t for sale yet. These go for sale on November 28 on a new URL from Wizards of the Coast: 30thedition.wizards.com. This URL is not currently set up and will likely go up sometime in mid-October. These will be printed ahead of time (limited print run), so shipping times shouldn’t be too horrendous, according to the weekly announcement where this product was revealed. Players within North America can expect their 30th Anniversary Edition shipped within the year, while those out-of-continent may get their product early next year.

There is a silver lining here. For anyone who wants to support their WPN LGS’s, all WPN stores will be receiving one of these, while Premium WPN stores will receive three of these free of charge. This means that everyone worldwide should have a chance at purchasing this product should they want to. This also means that LGS’s could do some interesting events surrounding these products.

There’s a lot More to Come!