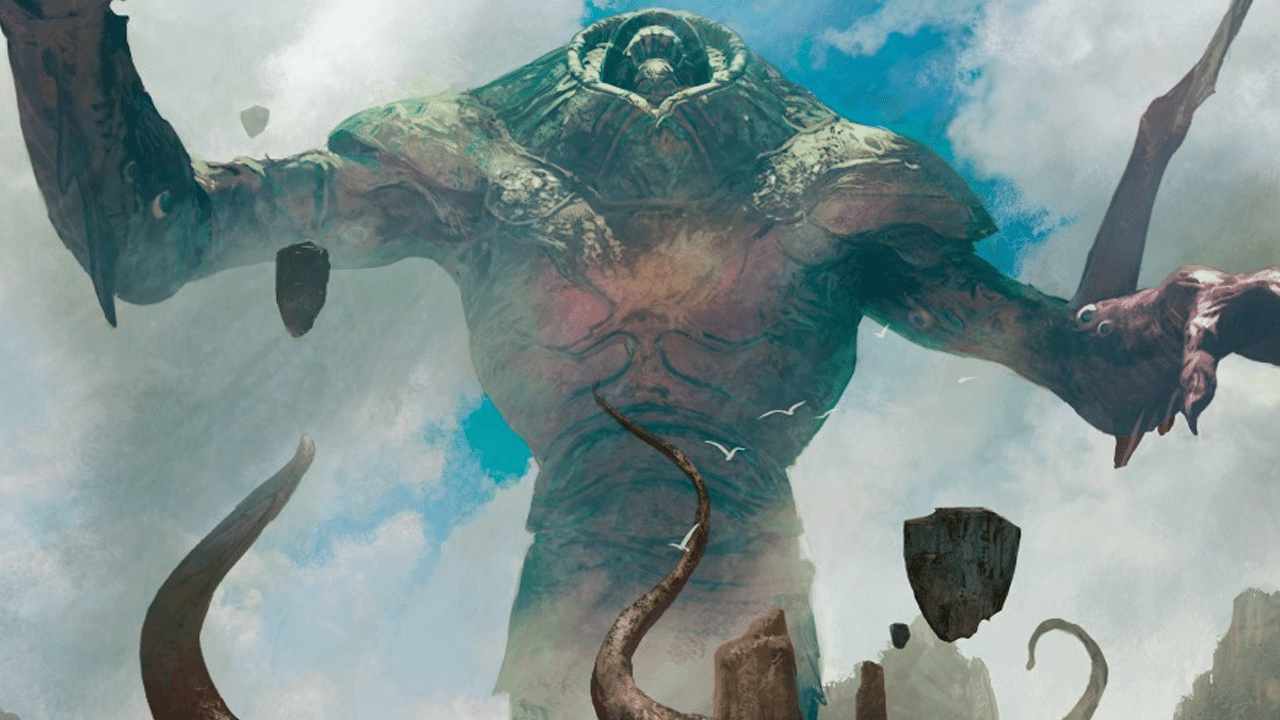 The Best Eldrazi In Commander

Playing unknowable ancient evils is all part of the plan when it comes to Magic: The Gathering. Sure, you can play around as the good guys if you want, but it’s far more satisfying to mess around with the best Eldrazi in Commander.

The Eldrazi are a fascinating type of Creature that are all covered in tentacles, are highly destructive, and for some players, responsible for one of the worst periods in Modern of all time thanks to the Eldrazi Winter. We love them though, but mostly in Commander.

The best Eldrazi in Commander

As ever, we’re kicking things off with an honorable mention. Well, actually this time, it’s a triple threat. Eldrazi Displacer and Thought-Knot Seer are both incredible on their own, but you can combine them with a few different cards to allow for an instant win condition.

Because Eldrazi Displacer flickers things and Thought-Knot Seer makes people draw cards, all you need is a way to generate mana, and you’re able to mill someone out. We recommend Peregrine Drake (not an Eldrazi), but you can use whatever nets you at least one mana if you flicker it with Eldrazi Displacer.

View at TCG Player
Conduit of Ruin is an enabler. They’re the friend at the party who convinces you to go out afterwards, even though you’re already tired. For six mana, they’re a 5/5 that lets you search up a Creature that costs 7 or more from your library and put them on top of it.

They also make the first Creature spell you cast each turn cost two less to cast. Often, a good tutor is its own reward, but having this be both a body on the battlefield and a cost reduction engine is just far too good to ignore.

Read More: What We Want To See From Adventures In The Forgotten Realms

View at TCG Player
Oblivion Sower is a card far better later in the game, but that makes them lower on the list in general, because they’re not always game-winning. For six mana, you get a 5/8 with a fascinating ability.

“When you cast this spell, target opponent exiles the top four cards of their library, then you may put any number of land cards that player owns from exile onto the battlefield under your control.” Because it considers all exiled cards, this means that casting this after some of the other cards on this list will get you a lot more than just the four cards it hits on its own.

Ultimately, Emrakul, the Promised End is a thirteen mana 13/13 with flying, trample, and protection from instants. It’s an odd grouping of abilities, but it basically means they’re going to hit someone very hard, and there’s not much they can do about it. They also cost one mana less for each card type in your graveyard.

Plus, when you cast them, “you gain control of target opponent during that player’s next turn. After that turn, that player takes an extra turn.” The only downside here is that you basically need to gut that player during the turn you’re in control; otherwise you’ll likely be in trouble.

View at TCG Player
Ulamog, the Infinite Gyre is an eleven mana 10/10 that destroys a permanent when you cast it. It also has indestructible, and annihilator four, which means whoever it attacks must sacrifice four permanents. It also gets shuffled into your library if it ends up in your graveyard at any point.

It’s not a very flashy card, but the sheer size of the Creature coupled with the ability to remove a single specific threat is excellent. Annihilator helps a lot too, of course, but it’s mostly just a big old threat.

View at TCG Player
Kozilek, Butcher of Truth isn’t all too dissimilar to Ulamog, the Infinite Gyre. However, it only costs ten mana and is a 12/12 instead. It still has annihilator four, but the key thing here is the difference in the ability that triggers when you cast them.

Rather than destroying something, Kozilek is more interested in knowledge, which means you get to draw four cards when you cast them. This, coupled with the lower casting cost and increase in power and toughness, makes them a little bit better than Ulamog.

Now, we know that some people might not expect to see Sire of Stagnation on a list of the best Eldrazi in Commander, but those people would be wrong. This is a six-mana Blue and Black 5/7 with devoid, which means it has no color, but that’s no relevant to Commander outside of a few cards.

Its ability reads, “Whenever a land enters the battlefield under an opponent’s control, that player exiles the top two cards of their library, and you draw two cards.” We’re not sure about your playground, but in ours, people like to be able to play Land cards. Feel free to do an evil laugh when you cast this one.

The second Kozilek of the day is Kozilek, the Great Distortion. This time around, Kozilek costs ten mana again and is still a 12/12; however, they also have menace. There’s no annihilator, but you do get to draw however many cards you need to have seven in hand when you cast them, so that’s cool.

However, Kozilek is also a powerhouse of a control card. You see, you can discard a card with a mana value of X to counter a target spell with that same mana value. It’s easy to draw cards with this Eldrazi, so it’s also easy to take control of the game with it.

Our final named Eldrazi is Ulamog, the Ceaseless Hunger. For ten mana, Ulamog is a 10/10 with indestructible that allows you to exile to target permanents when you cast it. This is pretty incredible on its own, but it’s not all it does.

On top of all of that, whenever Ulamog attacks, the defending player has to exile the top twenty cards of their library. Even in a game of Commander, this’ll do a lot of damage very quickly, and there are lots of ways to use those exiled cards, like Oblivion Sower, for example.

Our penultimate pick for the best Eldrazi in Commander is Void Winnower. This is a nine-mana 11/9 that really messes with your opponents.

View at TCG Player
It That Betrays is a true monster in Commander. Aside from the fact that it’s definitely a metal band, it’s a twelve mana 11/11 with annihilator two. That’s good, but not any better than anything else on this list.

However, it also makes it so that whenever an opponent sacrifices a nontoken permanent, you then get to put that card onto the battlefield under your control. That means you gain at least two permanents when it attacks, but you can bolster that greatly by simply adding in other sacrificial effects to your deck.