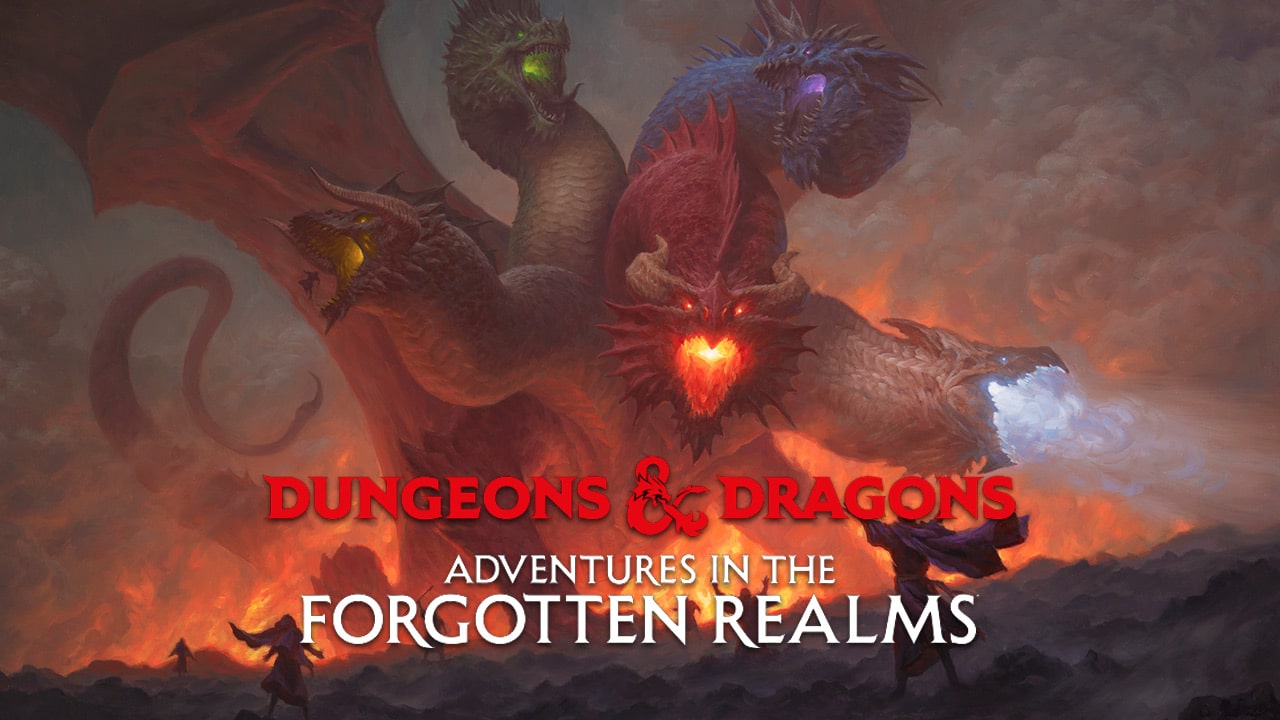 Dungeons Probably Aren't Going To Be Competitive, And That's Great

Adventures in the Forgotten Realms is coming up pretty soon, and the first-ever crossover set is already looking like it might be one of the most unique sets we’ve had. This somehow includes the likes of both the Un-sets and the Conspiracy sets, which is quite a feat.

A lot of this is no doubt thanks to the fact that the set has been created with the help of Dungeons & Dragons designers, and while we’ve only really seen a handful of cards so far, we’ve finally gotten a look at one of the new mechanics. That mechanic is about dungeon-crawling, and we love it, but it’s a reminder of something we think a lot of people forget.

The Dungeons in MTG look fun, but not competitive

Dungeons are used when you venture into the dungeon, and they allow different cards to help you trigger a variety of effects based on which dungeon you’re going into. It’s a bit like how Sagas work, but they’re not something you can destroy or interrupt, at least not as far as we’re aware.

It’s a cool mechanic, it’s more flavorful than your favorite curry, and they offer a lot of potential effects, especially if you’re going to try and go all-in on the strategy and properly dungeon crawl. Honestly, we’re really excited about it, and there’s no doubt in our minds that it’s one of the coolest mechanics we’ve seen.

However, without a substantial push, the mechanic isn’t something we’re expecting to see in competitive play. There’s a general sense in spoiler seasons, and in the game in general, that everything should be competitively viable, or at least a certain percentage of any given set should be. Players almost demand power creep by always wanting new cards to actually use, and it’s also how sets are sold. After all, nobody is going to buy a new set if it’s not filled with useful stuff. However, it’s completely okay for a mechanic to just be fun.

Honestly, and we’re talking to ourselves here as much as everyone else, venture into the dungeon is a good reminder that MTG is about having fun, not just about being hyper-competitive. They feel like an almost perfect representation of what D&D is, and we can’t imagine a better way to implement them than what’s been done here.

It’s completely okay that we’re unlikely to see dungeons popping up at professional events and tournaments any time soon. Not everything needs to be made for the cutting edge of MTG; sometimes, things should absolutely just be for fun. We’re not talking about COmmander here either, because we’ve all over-optimized an EDH deck at some point and ruined the fun for someone else.

We’re talking about casual play. Things like Pack Wars and Chaos Drafts. The kind of MTG that we all started off playing. You know, absurdly incorrect kitchen table Magic. The stuff that came before you knew what a format is, and before you even cared. Back when you played without sleeves or value in mind. They were simpler times, and while we could be wrong about dungeons here, we’re also completely fine if they do turn out not to be competitive, because they’re the most fun we’ve seen in MTG in a while, and we’re really excited to delve into them.