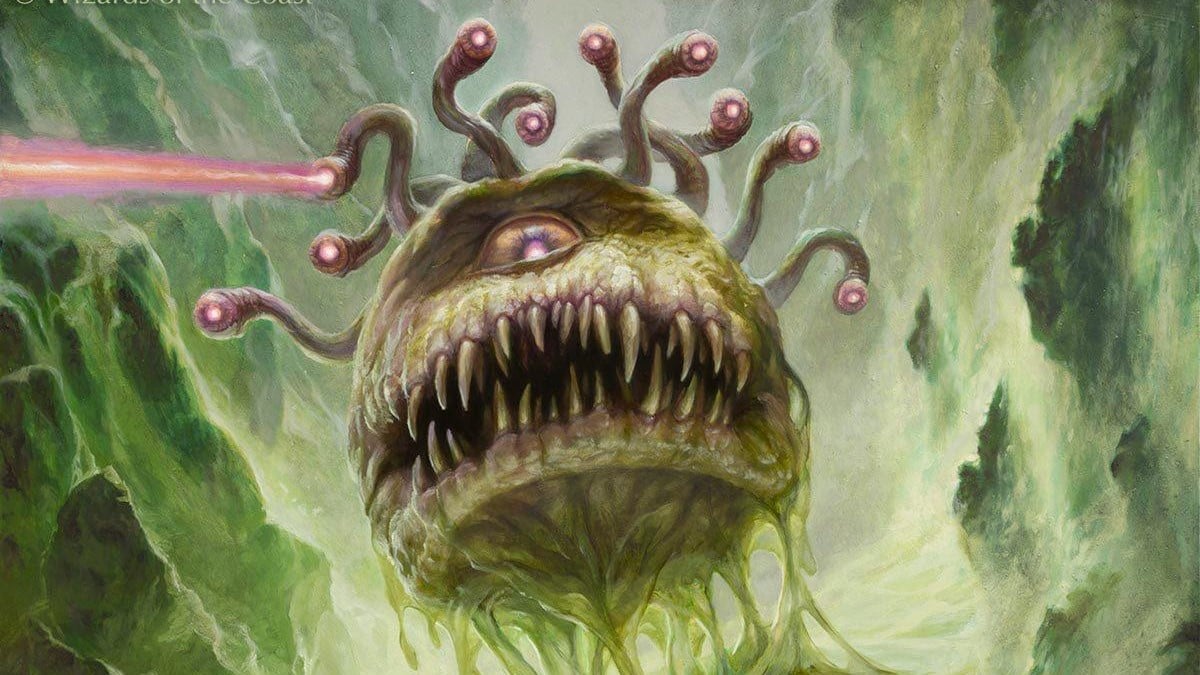 What We Want To See From Adventures In The Forgotten Realms

Now, we’ve had a small glimpse ahead at what we’re going to be seeing with Adventures in the Forgotten Realms, thanks to the pre-preview season previews. Try not to think too hard about the fact that that’s a thing that exists, and just embrace our new life that involves always having spoilers about.

As the set is the first crossover set, and with Dungeons & Dragons nonetheless, there are some fairly high expectations riding on it. We weren’t sure what to expect from it aside from a few famous faces, but we’ve finally had one of the new mechanics revealed in the form of venture into the dungeon. Now, we love this mechanic, but there are two mechanics we’re really expecting to see that we haven’t yet.

We’re getting party and adventures in this set, right?

We are, of course, talking about party and adventure. Both of these mechanics feel like they’re sure things in a set based on D&D, especially as it’s literally called Adventures in the Forgotten Realms.

Adventure, as you probably know, is a spell subtype that allows you to have cards that are both Creatures and either an Instant or Sorcery. They were introduced back in Throne of Eldraine, and we’re quite a big fan of them conceptually.

The other mechanic is party, which was introduced in Zendikar Rising. Party gave different effects based on the Creatures you had out. The four that it cared about are Cleric, Rogue, Warrior, and Wizard. Again, this was a cool mechanic, but it always felt a bit odd in Zendikar Rising. However, it’d feel right at home here.

What about modified versions?

Now, we do, as ever, have a couple of suggestions here. It wouldn’t be much of an article otherwise, because otherwise, it’d just be us predicting mechanics which would be logical fits for the set.

So, with adventure, we’d actually like to see other kinds of permanents attached to the Instant and Sorcery spells. We know there’s a good reason why the things so far have all been Creatures, but there’s really no reason why you couldn’t have an Artifact or Enchantment there as well. It’s not an essential one, we actually just want more adventure cards, but also we like to see growth, you know?

With regards to party, it’s frankly not a party without a good Bard. It’s nice that things have been considered a party without them, but if you’ve ever played D&D, then you know that the party don’t start until the Bard walks in. You can say otherwise, but you’d be wrong.

While we’re doing a wishlist for what we want from this set, and therefore the next few days and this wonderful preview season, we might as well chuck in a few more things out into the universe to see if we can manifest them somehow.

So, we want to see a good representation of the characters who are well-known in the universe, which is going well so far, but we also want the ability for characters to make a name for themselves too. It’d be very cool to see a character from D&D introduced in this set, and then making their way into the game proper in a short while.

We also want to see more weird and wonderful Creature types. While we know that this isn’t going to be canon in terms of the story of MTG, there’s no reason why we can’t see the introduction of some fun new tribes here that’ll crop up later on. We’re not expecting to see anything like that pay off this year, as the next couple of sets are Innistrad-based, but eventually, we’d like to see some seeds planted here that bear fruit next year or even later.

Should there be another D&D set?

Something we do think is important, and we know this is a little premature without the set being out, is that we get another one of these at some point. We’ve got a couple of good reasons for this too, not just the fact that we think it’s an interesting concept.

So, first of all, there are going to be mechanics in this set, like the dungeons, that will be hard to put in later sets. The only way to really support them without forcing the mechanics into other planes, is to make another D&D set. We’ve got no idea what it would be called, but thankfully, that’s not our job.

Another reason is that the idea of playing D&D via MTG is a fascinating one, and it would be a shame to only have a limited number of resources for it. The potential here is basically infinite, and from what we’ve seen, it’s already going to be a really fascinating set, even if it doesn’t break open any formats. There’s also no reason why the next D&D set should be a Standard one. This kind of thing could be released in the future in the same kind of way that the Conspiracy sets are. That’d do us.