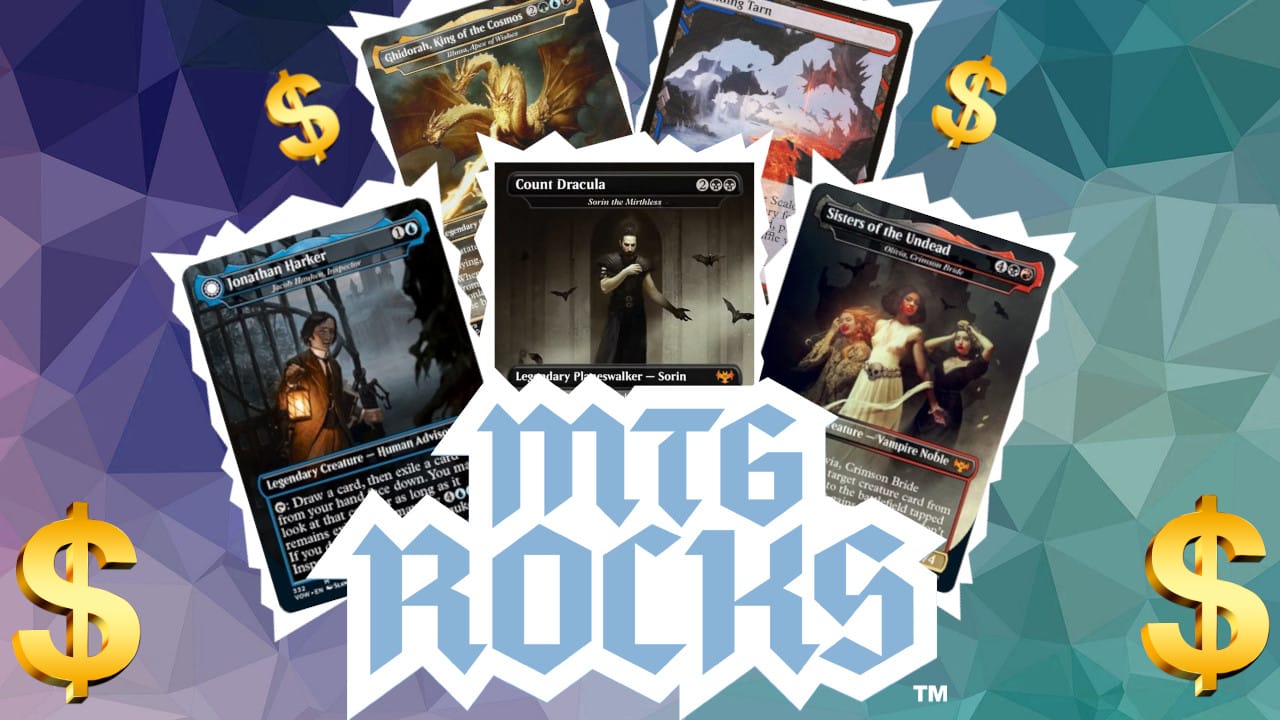 In recent times, Wizards of the Coast has put an emphasis on the collectibility of Magic: the Gathering. Between showcase arts, sketch arts, etched foils, extended borders, retro frames, Secret Lairs, Universe Beyond crossovers, box toppers, and whatever else WOTC has up their sleeves for the future, there is now an almost overwhelming number of variants for cards.

Some players love the ability to customize their decks with League of Legends art or play with Stranger Things Commanders. Some players are outspoken adversaries of these card treatments as they believe the ostentatious variants dilute the essence of the game they’ve loved for so long.

Whether you love or hate this new collectible era, WOTC’s evolving business model is not only changing the game of Magic, but is also affecting the finances of the game.

Some of WOTC’s premium products command premium prices. But some of these extra products, such as box toppers, can be a good thing, regardless of which stance you take.

If you like the latest Dracula-themed box toppers in Crimson Vow, then great! Collect them all! And if you absolutely detest them, to the point you’re bringing garlic and crosses to your local FNM, well I’ve got good news for you: box toppers in Standard sets have the potential to push down the prices of other cards in the set.

Where Did Box Toppers Come From?

Box toppers are quite similar to Buy-a-Box promos. They are both promotional incentives for players to buy boxes of Magic cards. While a Buy-a-Box promo is always a singular, fixed card that every player receives, a box topper, on the other hand, is one card randomized out of a larger set of possible promos.

Depending on the promos, box toppers can be a massive selling point for a set. If the set of box toppers consist of powerful reprints or has a popular art theme as we’ve seen in recent sets, many players will be motivated to buy more of that product than they would with regular sets.

Box toppers first debuted in 2003 with the set 8th Edition. Box toppers back then had one big difference compared to how we know box toppers now. They were, well, BIG. 4″ x 6″ to be exact, the size of a glossy photo printed at Walgreens. (Actual MTG cards are 2.5″ x 3.5″.)

There were 33 possible box toppers to collect in 8th Edition, but each box only came with one. They were later handed out at conventions like Comic-Con as well.

Read More: This Commander Combo Piece TANKED In Price – Get It While It’s Low

Box toppers returned in 2018 with Ultimate Masters. This time, the toppers were regular-sized. And what’s more, they were foil with extended borders. This was a massive selling point of the set.

After two poorly received “Masters” sets in Iconic Masters and Masters 25, Ultimate Masters was a homerun set. It had fantastic reprints and the box toppers pushed the set over the top.

The ecstatic public reception to Ultimate Masters’ box toppers established the precedence for box toppers, and other aesthetic variants, to come in the future.

The expected value (EV) of the cards you get from an MTG box will roughly equal the cost of the box. If the EV of a box is higher than its retail price, then lots of players will buy the product to try and flip singles for profit. But when lots of people do this, more supply hits the market and the EV trends back downwards to equilibrium.

When there’s one card, or set of cards, that are particularly valuable in a set, this naturally affects the EV of that set. To maintain the equilibrium of that set’s EV, less desirable cards will often decrease further in price.

This can be seen in Khans of Tarkir, the last Standard set to have the coveted allied fetch lands like Polluted Delta. Because everybody was opening boxes of the set to get the fetches, the prices of other cards in that set suffered. For example, Seige Rhino, one of the most played cards in Standard at the time, was only about $4.00 and trended downwards over time.

Box toppers can have this effect. They are highly sought-after cards that eat up a chunk of a box’s EV. Because of this, other cards in the set are devalued. But this can be great news for anyone looking to pick up the regular cards of the set on a budget!

Wizards of the Coast took a never-before-seen direction with Ikoria’s box toppers. They collaborated with Toho Corporation to introduce the Godzilla IP into Magic: the Gathering. These box toppers featured infamous Kaiju such as King Ghidorah, Mothra, Biollante, and, of course, Godzilla.

The three box toppers above are currently the most expensive cards in Ikoria: Lair of Behemoths. The rest of the set is full of amazing cards. But the highest-priced, traditional Magic card in the set is Ketria Triome at about $11.00.

Here we can see the box topper effect in action, suppressing the prices of the other cards in the set. This is great news for budget players!

Zendikar Rising‘s set of box toppers comprised of some of the best lands ever printed in Magic: the Gathering. These are expensive lands, the highest being Cavern of Souls which currently sells for about $95.00.

Now let’s take a look at the prices of the traditional MTG cards of the set. The most expensive one at the time of writing is Agadeem’s Awakening/Agadeem, the Undercrypt and it is only $13.00. There are so many good cards in the set, but they’re all available for affordable prices.

Double Masters was another “Masters” set similar to Ulitmate Masters. And once again, Wizards of the Coast brought back box toppers, albeit in a doubly flashy fashion.

***The finances surrounding “Masters” sets are very different compared to Standard sets due to different supply ratios and allocation periods. And Double Masters was more different than usual because of the extra rare card in every pack. But Double Masters is an important part of MTG’s history of box toppers, and thus, must be included in this article.***

With Double Masters, we can see the full financial power of box toppers. WOTC was able to sell singular packs for $100.00. This was unheard of in Magic: the Gathering history. Today, those VIP packs are selling for about $160.00.

They’re back! Magic’s latest set, Innistrad: Crimson Vow, is taking a new spin on box toppers. The vampire theme of the set is elaborated on with Dracula box toppers and they look stunning.

But what will this mean for the prices of the traditional Magic cards in the set? Well, if look at past sets with box toppers, history tells us that we can expect lower than average prices.

With the additional aesthetic incentives such as the vampire “Fang” showcase treatments and the beautiful full-art lands, Crimson Vow is positioned to sell well. On top of that, we’re getting Innistrad: Double Feature in January with reprints from the two Innistrad sets this year. The extra supply could mean even lower prices for traditional MTG cards from Crimson Vow.