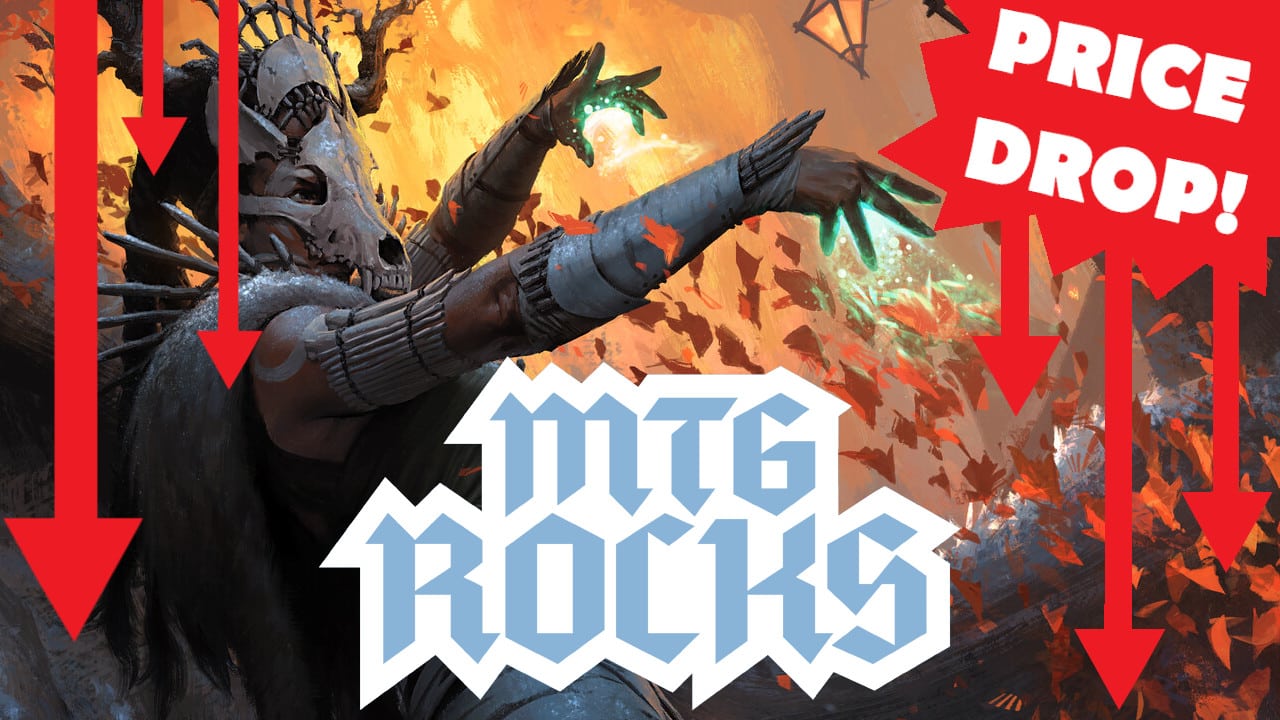 This Card PLUMETTED In Price...Is Now a Good Time to Buy?

It was the chase mythic rare of Innistrad: Midnight Hunt. But its price has been on a steady decline. The Treefolk-bonding Planeswalker, Wrenn and Seven, is undeniably a powerful card. So, this market fluctuation is GREAT news for anyone who still needs copies for Commander decks or new Standard brews.

Wrenn and Seven was about $25.00 when the card was initially released in Innistrad: Midnight Hunt. As players discovered the powerful synergy between Wrenn and Esika’s Chariot, an artifact that could make copies of Wrenn’s massive Treefolk tokens, the Planeswalker quickly shot up to $35.00 at the beginning of October.

But since then, Wrenn and Seven has been dropping in price each week. Now, there are copies available for just $17.00. And the alternate art, borderless version of the card is selling for as little as $22.00 at the time of writing. This is a great deal if you haven’t already bought Wrenn and Seven for your Commander decks.

Why Did Wrenn and Seven Drop in Price?

When Innistrad: Midnight Hunt was initially released, Wrenn and Seven looked like it was going to be a Standard staple. People were brewing with the powerful Planeswalker in various Standard decks like Mono-Green Aggro, Temur Midrange, Sultai Festival, and Selesnya Ramp.

But then the Standard format consolidated. The diverse array of decks narrowed down to just three: Alrund’s Epiphany decks, Mono-White Aggro, and Mono-Green Aggro. And even the Mono-Green decks cut Wrenn out of the picture in lieu of a more aggressive mana curve to race Izzet decks.

Wrenn’s fall from grace in the Standard format is the primary source of its price drop. But it has the potential to rise again.

What is Wrenn and Seven’s Financial Future ?

Moving forward, the price of Wrenn and Seven will be heavily dependent on the Standard metagame. We just got a new set and players are testing out all kinds of new brews to see what deck comes out on top.

Regardless of how Wrenn performs in Standard, there will still be a demand for the Planeswalker from Commander players. This should keep the price of Wrenn and Seven from falling too far.

**It should be noted that many cards from this year’s Innistrad sets, including Wrenn and Seven, will be reprinted in Innistrad: Double Feature. The extra supply injected into the market could cause many singles to dip in price. But don’t expect the market to fluctuate too much. Double Feature is only available through WPN stores and not through online retailers, so the extra wave of supply will likely be a small one.**