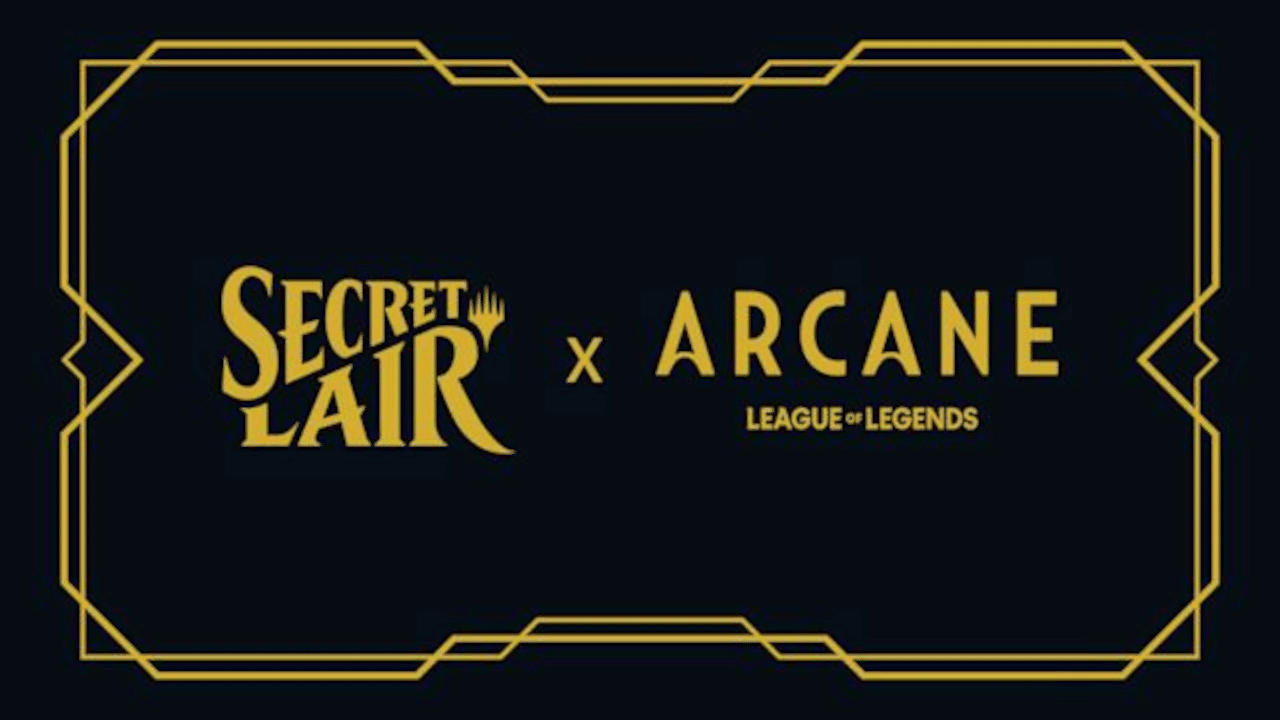 In the past year or so, we have seen no shortage or so of awesome cross overs between cool pop culture IP’s and Magic: the Gathering. From Godzilla to Dracula, Stranger Things to Fortnite, Magic is integrating tons of famous references into the game. Today, as part of the brand new Secret Lair Secretversary Superdrop 2021, Wizards announced today on Twitter, that we’re getting another sweet crossover.

That’s Right, Riot Games‘s new Netflix show, Arcane, is getting a cross over with a Magic Secret Lair. Gamespot has some of the cards up in their coverage of the drop, and are more in line with the Godzilla or Dracula versions. These so far are not mechanically unique cards. We also don’t know if there’s more cards coming but what we have is pretty great. Spoiler Alert, I’m going to reference what the scenes in each card are from the show, so.. spoiler alert if you haven’t seen the show

Each of the cards here are featuring scenes, landscapes, characters and items from Arcane, including Jayce Talis, Viktor, and the Hexcore. The first card that we have is Path to Exile, which is a great reprint, and depicts Jayce facing exile for his work with Hextech from the Council of Piltover. Counterflux is our next repirnt and showcases Powder, AKA Jinx, in the scene where one of her inventions blows up Silco’s lab.

Rhystic Study is next card up and is another great reprint for Commander players. This is the first card that has an alternate name, Unstable Harmonics. This scene is where Jayce and Viktor finally stabilize an arcane crystal in Heimerdinger’s Office at the Academy. Lastly, The Hexcore is an alternate name for Thrann Dynamo, which is another great for Commander. The Hexcore is the device that embodies the learning capabilities of Arcane, which Viktor is tinkering with.

There’s so many different characters in Arcane, so I thought, if there are more cards to come in this drop, and they were characters, what colors would they be? since there’s 4 cards already, there’s only a couple more potential slots available. Here’s who I’d want to see and what colors I’d pick for them.

Jinx – I think that Jinx would most likely be a Mono Red card. She’s hyper aggressive and destructive, and so she fits well in that color.

Vi – I can see Vi being Green and Red. One of her lines in League of Legends is “Punch first, Ask questions while punching” and that is so Gruul.

Caitlyn – Caitlyn is definitely a Blue and White creature. She’s the Sheriff of Piltover, and as such she’s for Law and Order.

Jayce – Jayce is an interesting character. He’s an academic, but is a fighter. I could definitely see Jayce as a Blue and Red creature, or maybe Red and White.

Silco –Silco messes with a lot of underbelly augmentation and science, and only 1 color pair fits this, Green and Black.

Viktor – Viktor, like Jayce, is an academic, but he’s a quiet being that turned to the ways of arcane magic to extend his life. To me, he fits a Blue and Black color pair to a T.

Heimerdinger – Heimerdinger is a pure academic, and a fan favorite League character. I think that it only makes sense that he’s pure blue.

This drop will be on sale from November 29th to December 23 and will be available in 2 different versions, Non-foil for $30, and foil for $40. You can find this drop and all the drops in the Secretversary Superdrop 2021 over on the Secret Lair website.