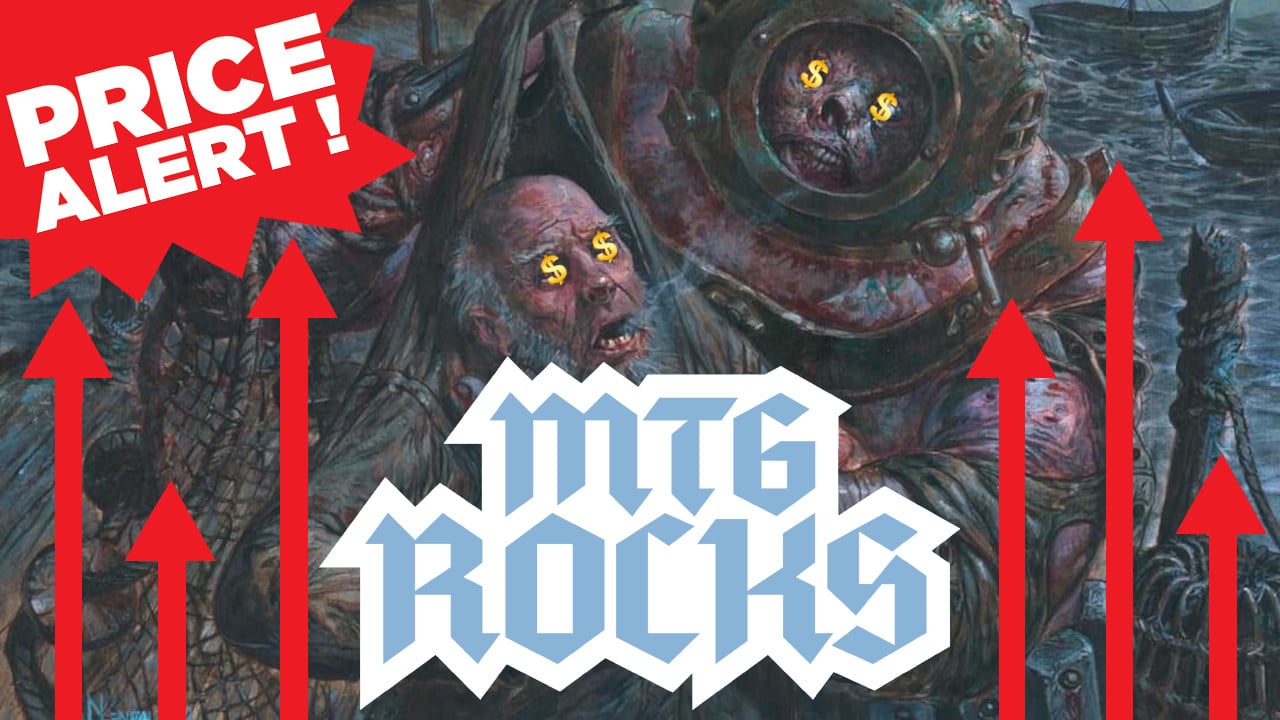 MTG Crimson Vow Card Spikes in Price Before the Set is Even Released!?

RELEASE THE KRAKEN!! A certain sea creature jumped from $4.00 to $16.00 this weekend. It’s splitting ships in two, and it may just do the same to your wallet.

Magic’s latest set, Innistrad: Crimson Vow, hasn’t officially hit store shelves. Currently, it is only available to preorder. While the vast majority of preorder prices are super-inflated by hype and lack of supply, sometimes there’s a diamond in the rough with financial potential. In this case, it was Hullbreaker Horror.

Similar to Commander all-star, Tidespout Tyrant, Hullbreaker Horror has the ability to bounce permanents for every spell you cast. But Hullbreaker does work a little differently than Tyrant.

Hullbreaker essentially adds an Unsubstantiate effect to every spell you cast. While the Kraken can’t target lands like Tidespout Tyrant can, Hullbreaker does have the benefit of being able to target spells on the stack. That means you can use this effect to protect your Hullbreaker and other valuable threats, as well as prevent your opponent from playing threats of their own.

If that weren’t enough, the Kraken Horror is also an uncounterable, 7/8 you can play at instant speed. You can flash it into play at the end of your opponent’s turn, untap, and have all your mana available to bounce spells and permanents, and just generally wreak havoc on your opponent.

Why Did Hullbreaker Horror Spike in Price?

We’re in the early days of a new Standard format. People have only had a week to test out Crimson Vow cards, but Hullbreaker Horror is already standing out. The Kraken made a good showing in this weekend’s tournaments as a popular inclusion in Izzet and Dimir decks, sometimes even replacing the dreaded Alrund’s Epiphany.

In addition to Standard, Hullbreaker looks like it will be a Commander powerhouse. It will be included in many blue decks such as in the new sea creature Commander deck, Runo Stromkirk.

It’s very unlikely Hullbreaker will maintain a $15.00+ price tag. The supply for Crimson Vow singles is especially low right now because many vendors and stores have not yet received their Crimson Vow product.

After this weekend’s buyout, there are only 4 listings remaining on TCGPlayer. But when the set officially releases this Friday, November 19th, more supply will hit the market and drive the price of Hullbreaker Horror back down.