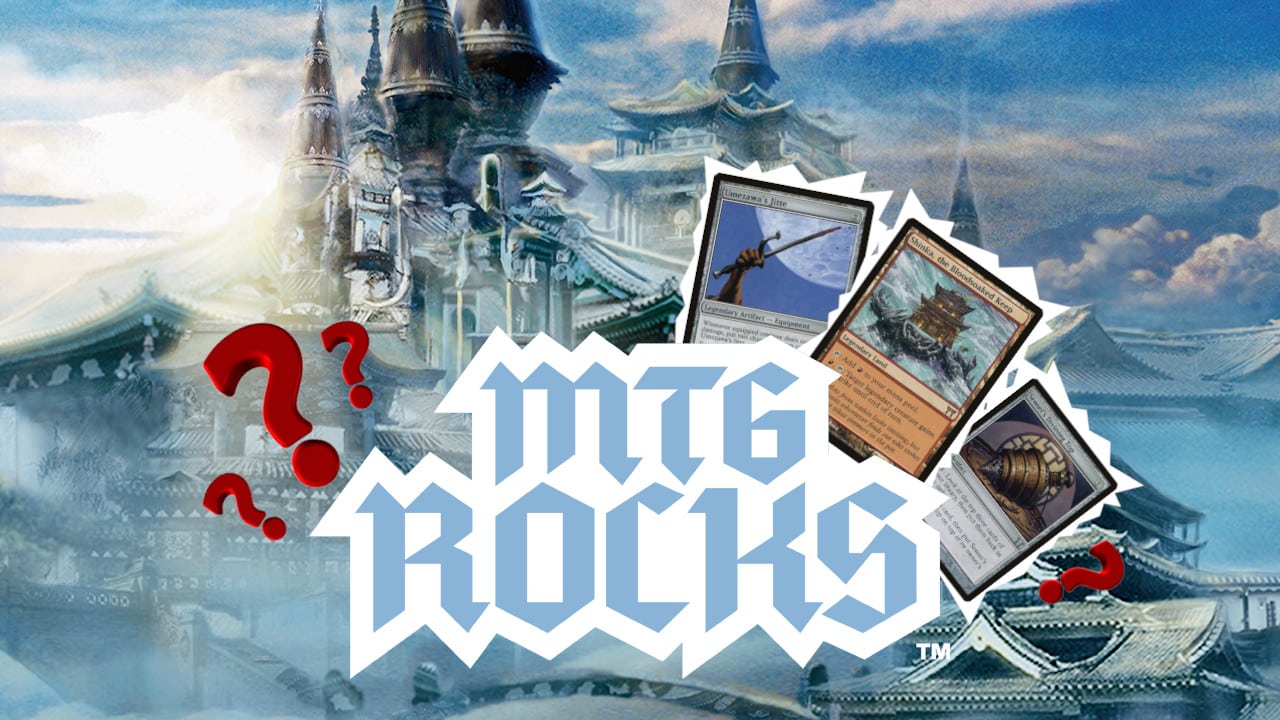 Spoiler season for Kamigawa: Neon Dynasty is approaching. There have been several leaks of new cards over the last few weeks. But sometimes old cards are just as exciting. I’m talking about reprints!

In the 17 years since the original Kamigawa block was released, many of the original sets’ cards have never been reprinted. Naturally, this has made some of these cards extremely pricy.

But there’s a chance that a few old Kamigawa cards could get reprinted when we return to the plane in Kamigawa: Neon Dynasty. These are the top cards I hope to see reprinted.

Let’s kick things off with the most expensive card on my list, coming in at around $70.00 at the time of writing.

The idea of returning one of your lands to your hand may seem counterintuitive. It can put you behind your opponent on mana, right? But there are actually a bunch of cool synergies you can do with this card.

The main reason Oboro is so expensive is because of a little critter named Ruin Crab. Joining the original Hedron Crab, Ruin Crab gave Modern Mill decks a total of eight landfall milling effects. Oboro’s ability is extremely useful in mill decks, as it ensures you will always have a land drop to mill your opponent with your Crab creatures.

But Oboro is also great in Commander in decks the care about lands such as Tatyova, Benthic Druid, Aesi, Tyrant of Gyre Strait, and Omnath, Locus of Creation.

Freed From the Real

There are so many ways to make infinite mana in Commander with Freed from the Real. Attach it to a Zaxara, the Exemplary, Bloom Tender, or Faeburror Elder, just to name a few, and you’re off to the races.

Freed from the Real has been reprinted once before, but it’s still at $3.00-$4.00 common card and could use another reprint to meet its Commander demand.

This legendary land did receive a relatively recent reprint in Mystery Booster. Nevertheless, Minamo is still around $20.00 and could definitely use another reprint.

The ability to untap legendary permanents is extremely useful in a format like Commander, as it can allow you to double activate some Commanders’ abilities. Araumi of the Dead Tide, Codie, Vociferous Codex, and Prime Speaker Vannifar, are all examples of decks that benefit from Minamo, School at Water’s Edge.

Hall of the Bandit Warlord

Here’s yet another Kamigawa card that has never been reprinted and is $20.00+ at the time of this article. There are so many Commander decks that can benefit from giving creatures haste that Hall of the Bandit Lord could definitely use a reprint.

When Modern Horizons 2 was released, both of these legendary lands shot up in price. They happen to work great with the notorious, Ragavan, Nimble Pilferer. Shinka, the Bloodsoaked Keep, is currently between $25.00 and $30.00. And Shizo, Death’s Storehouse, is $30.00+. Now they’re in desperate need of some reprints.

Boseiju, Who Shelters All

It never feels good running a crucial spell into an opposing counterspell. It feels even worse if you’re pumping all the mana you’ve got into something like a Tooth and Nail or Genesis Wave, and your opponent stops you with a zero-mana Fierce Guardianship.

Well, Boseiju can shelter you from those wicked blue players. But the land is currently around $32.00 and could certainly use a reprint.

More than any other card on this list, I hope Sensei’s Divining Top gets reprinted in Kamigawa: Neon Dynasty. I don’t care if this card is currently banned in Modern. It’s still a staple of many Commander decks.

There are so many Commander decks that care about manipulating the top of your library. Yuriko, the Tiger’s Shadow, God-Eternal Kefnet, Runo Stromkirk, and the list goes on.

Umezawa’s Jitte is a relatively expensive card and could very well use a reprint for Commander purposes. But please, oh please, Wizards of the Coast, do not reprint Umezawa’s Jitte in the Standard set.

If Umezawa’s Jitte were in Standard, I think it would be in nearly every deck and ruin the format. The legendary equipment punishes small creatures and makes aggro strategies unviable.