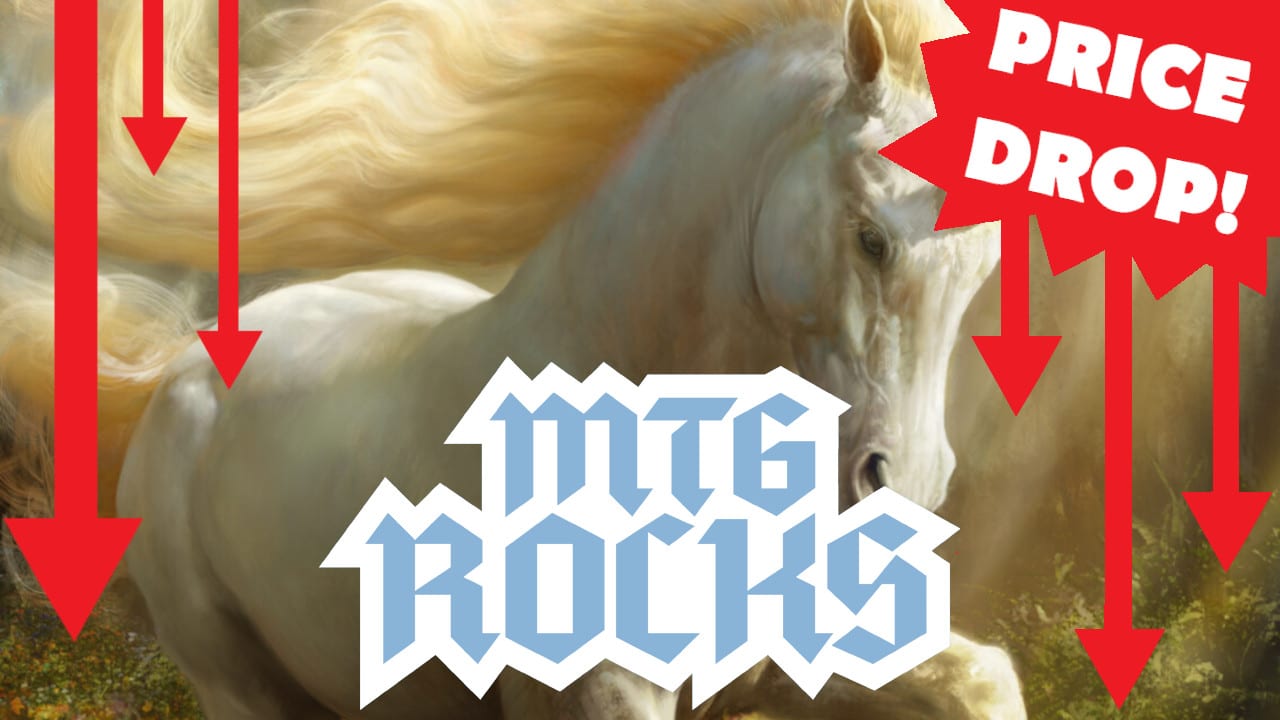 As soon as Emiel the Blessed was released in Jumpstart, it was almost immediately recognized as a Commander combo card. The Legendary Unicorn can make infinite mana, infinite ETB triggers (enters the battlefield), and infinite life.

Emiel’s activated ability exiles your creatures and returns them to the battlefield. This is referred to as “blinking” in MTG, and pairs well with a plethora of cards in a variety of EDH decks.

Because of the card’s Commander potential, Emiel the Blessed was extremely pricy when it was first released. But these days, Emiel is quite affordable. Let’s break down the card’s price history and take a look at some of its Commander combos.

Dockside Extortionist is everywhere in Commander. The emphasis on artifacts and enchantments in the format enables the Goblin Pirate to produce tremendous amounts of Treasure tokens.

But when paired with Emiel the Blessed, you can get more than just a handful of Treasures. You can make infinite mana!

As long as your opponents control 4+ artifacts and/or enchantments, you can pay 3 mana to blink Dockside with Emiel’s ability and make 4+ Treasures when Dockside reenters. This will allow you to pay for Emiel’s ability again while netting you extra mana in the process.

Brood Monitor makes three Eldrazi Scion tokens when it enters the battlefield. These tokens can be sacrificed for 1 mana each, just the right amount to repeatedly activate Emiel the Blessed’s ability.

We can infinitely blink Brood Monitor with Emiel. From here, you can throw various other cards into the mix to make for a combo kill. Ashnod’s Altar can sacrifice the Scions for two mana instead of one, gaining us infinite colorless mana. And cards like Blood Artist or Zulaport Cutthroat will drain our opponents every time we sacrifice the Scions, resulting in infinite life gain and infinite damage to your opponents.

You can easily make infinite mana by blinking Village Bell-Ringer with Emiel the Blessed. Every time Bell-Ringer enters the battlefield, it untaps all of your creatures. Similar to the Dockside Extortionist Combo, if those creatures can make more mana than the cost of Emiel’s activated ability, you’ll gain infinite mana.

This can be done with a variety of cards like Cryptolith Rite Ashaya, Soul of the Wild, or Bloom Tender.