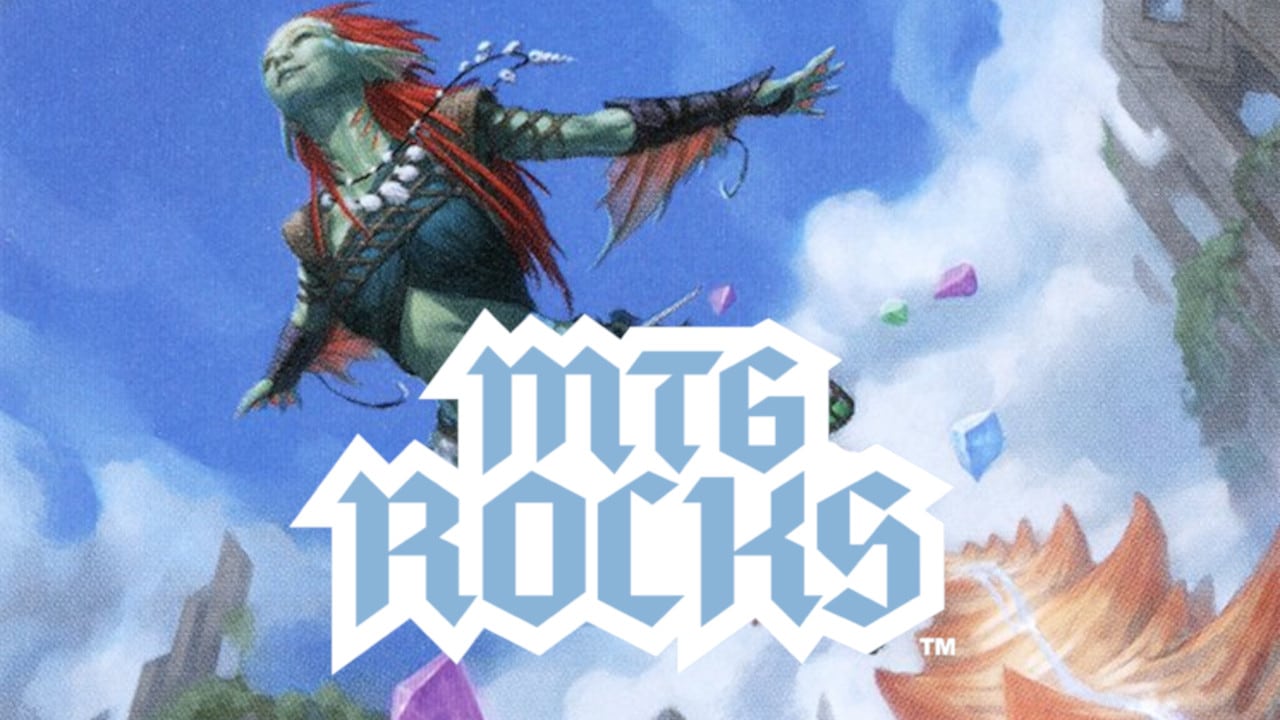 If there were one ring to rule them all in Magic: the Gathering, it would be Sol Ring. Its infamy stretches far and wide. And it is played in every deck of Magic’s most popular format, Commander. But there’s a daring Merfolk pickpocket whose mission is to steal the precious ring. That Merfolk’s name is Thieving Skydiver.

Thieving Skydiver is a Steal Artifact stapled on a flying 2/1 creature. You can pump whatever extra mana you have into Skydiver’s kicker cost to whatever artifacts happen to be lying around the table. And you don’t have to worry about giving those artifacts back as you would if Steal Artifact were Disenchanted.

In Commander, a format filled with low-cost artifacts like mana rocks, you won’t need much mana to steal critical artifacts with Thieving Skydiver. For example, it only costs three mana to steal a Sol Ring, ramping you by two mana, while simultaneously depriving an opponent of a vital mana source.

At the time of writing, Thieving Merfolk is under $1.00! That’s the perfect price to pick up a few copies for your Commander decks. Or you can think of it as a low opportunity cost and invest in the card as this Redditor did. I fall in the latter camp, as I suspect Thieving Skydiver will pick up in Commander play and price over time.

Commander players include all the best mana-producing artifacts in their decks like the aforementioned Sol Ring. But Thieving Skydiver can just as easily take your opponents’ Mana Crypts and Mana Vaults.

Lightning Greaves is one of the most commonly played equipment cards in Commander. The boots give the creature wearing them shroud, nullifying target removal like Swords to Plowshares, Beast Within, and Chaos Warp, making it incredibly difficult to kill the equipped creature.

Well, Thieving Skydiver can take Lightning Greaves right off an opposing creature’s feet! From there, you can re-equip them to your own Commander for a nice layer of protection.

Thieving Skydiver can be played in any blue Commander deck. But the artifact-thief has some special synergies in specific decks.

Ninjustu is an ability that cares about attacking with low mana value, elusive creatures, and then swapping them out at the last second for sneaky Ninja cards. Thieving Skydiver can be played for as little as two mana and it has flying, making it the perfect candidate for this tactic.

Plus, when you return Skydiver to your hand with ninjutsu, you can cast it again with kicker, potentially stealing artifacts turn after turn.

Thieving Skydiver being a Merfolk has some additional benefit in a Merfolk tribal deck like Kumena, Tyrant of Orazca. After you use Skydiver to nab an opponent’s artifact, you can use Skydiver as fuel for Kumena’s card-drawing ability.

Anowon takes advantage of Thieving Skydiver’s other creature typing: Rogue. This deck’s goal is to mill your opponents’ libraries via attacking them with Rogue creatures. As Skydiver can fly, it can safely attack and trigger Anowon’s ability each turn.

Verazol is a tribal deck in its own way. Although, it doesn’t revolve around a specific creature type as most tribal decks do. This deck is kind of like kicker-tribal. Via Verazol’s ability, you can make a copy of Thieving Skydiver and double up on its artifact stealing ability.