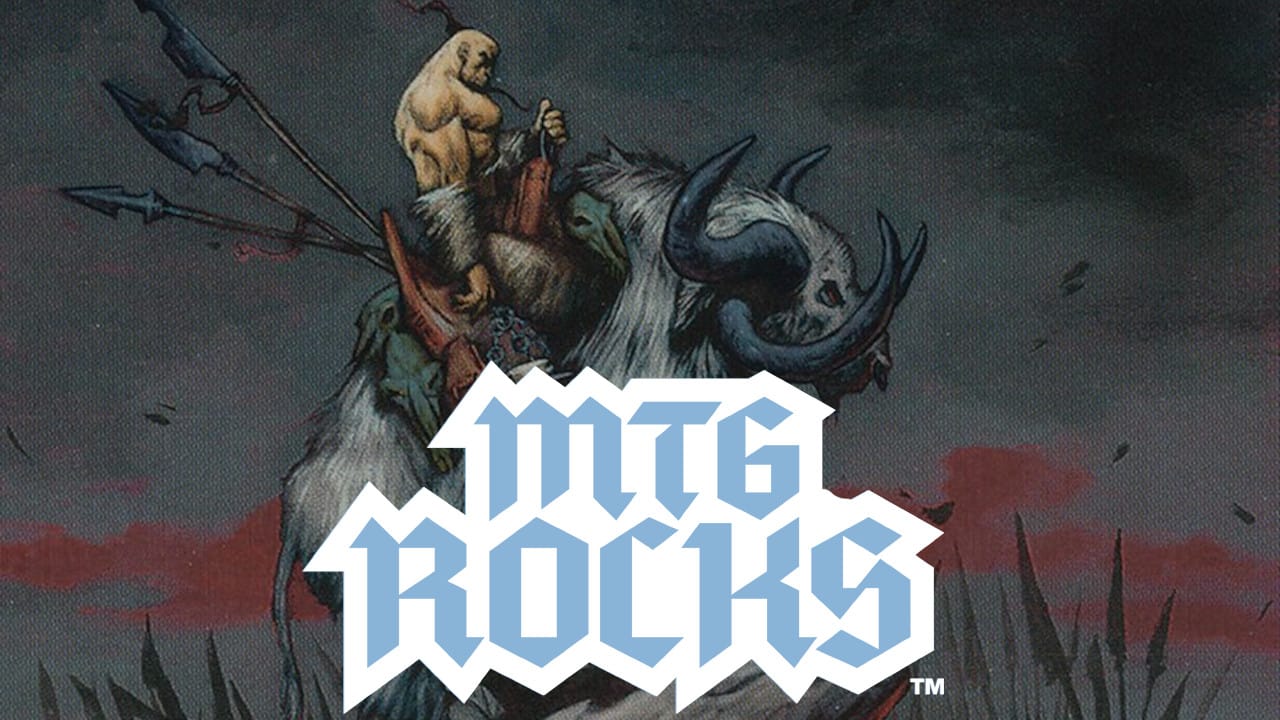 Godo, Bandit Warlord, is an extremely streamlined and competitive Commander deck. The entire deck is dedicated to a singular infinite combo that can win you the game as early as Turn 1! The deck functions like a glass cannon, but its game plan is also simple:

Godo is a one-card combo. Cast it with enough mana, use Godo’s ability to find Helm of the Host, equip it to Godo, and you’ll get infinite combat steps with infinite copies of Godo, Bandit Warlord.

Since you always have access to combo from your Command Zone, the rest of your deck is dedicated to getting over the one barrier to your combo: mana. You’ll need a lot of mana. But there are many ways to mana ramp and additional strategic lines you use to get around the combo’s mana requirement, all of which I’ll cover in this article.

How to Combo with Godo, Bandit Warlord

Helm of the Host is the most important card in this deck. It’s how we combo off with Godo, Bandit Warlord. Here’s how the combo works:

Without additional Commander Tax, this combo will cost 11 mana (6 to cast Godo + 5 to equip Helm to Godo).

Hammer of Nazahn allows us to “cheat” on the 5 mana that Helm of the Host costs. It does so by auto-attaching any equipment entering the battlefield to a creature you control. This will lead to a few ways to combo with Godo even faster than 11 mana which I will explain later in the article.

Conquerer’s Flail stops your opponents from casting spells on your turn, preventing them from disrupting your combo.

And Argentum Armor can deal with any pesky permanents on the battlefield that get in the way of your combo, such as Ghostly Prison or Propaganda.

The spells you use to ramp to that crucial 11 mana break down into two categories. There are “Ritual” spells, one-time bursts of mana. And there are mana rocks, artifacts that will amass on the field and provide mana turn after turn.

Jeska’s Will will not only gain you mana, but if you cast it once Godo is on the battlefield, it will also let you play the top three cards off the top of your library until the end of turn. This could get you the last land you need to combo, or cards like Welding Jar or Pyroblast to protect your combo.

Every bit of mana helps. Rite of Flame and Seething Song gain you more mana than they cost themselves. This puts you that much closer to paying for your combo.

Additional ritual and ritual-adjacent spells you can include in the deck are:

In a deck that primarily cares about putting its Commander onto the battlefield, Jeweled Lotus is effectively a Black Lotus in your deck, netting you three mana toward the total casting cost of your combo.

Ruby Medallion provides a discount on every red spell you cast. This includes your Godo, but also every ritual you cast in toward your combo.

The best part about this combo is that it doesn’t require any cards from your hand. Lion’s Eye Diamond serves as another virtual copy of Black Lotus in your deck since you can practically disregard its downside of discarding your entire hand.

And of course, because mana is so important to this deck, you should play many more of Commander’s other mana rock staples such as:

Mana MVP of the Deck

Treasonous Ogre is one card that can ramp you to that magical 11 mana you need all by itself. It’s simple. Pay 3 life, make 1 red mana. Repeat 11 times.

This is something of a glass cannon as you have to pay 33 life. But who cares about your life total if you’re going to win the game? You can even do so on the first turn of the game by playing a Mountain, into Mana Vault, into Seething Song, into Treasonous Ogre. Boom! You have all the mana you need to combo now.

Read More: What Happened to the Price of This MTG Tokens Commander Card?!

This deck revolves around a single artifact as a win condition. If Helm of the Host gets destroyed, you’ll want a way to get it back. That’s what Goblin Welder, Daretti, Scrap Savant, and Goblin Engineer are here for.

Goblin Welder and Daretti can both exchange random artifacts you control for artifacts in your graveyard (i.e. Helm).

Goblin Engineer does this in a more roundabout way. Engineer can tutor for Expedition Map, Map can find Buried Ruin, and Buried Ruin can get back your Helm of the Host. But the Goblin Artificer can also find Welding Jar to add some resilience to your combo.

Deflecting Swat debuted in Commander 2020 and has become a format staple for any red deck. It doesn’t just prevent your opponents’ targetted removal spells. It redirects Swords to Plowshares or Pongify back at one of your opponents’ creatures.

You may know Tibalt’s Trickery from the degenerate deeds it’s done on MTG Arena. But in Commander, the card works as a counterspell in red decks that want to protect key pieces.

You want to do everything you can to protect your combo, so you’ll probably want to include some additional counter magic such as:

Ways to Play Godo Even Faster

11 mana is a lot, even if our entire deck is built to ramp to that threshold. It’s a good thing there are ways of reducing the cost of our combo.

Cast Panharmoicon, and on the following turn, you can potentially combo for just 6 mana. With two Godo triggers, the Barbarian can find Hammer of Nazhan and Helm of Host, which will both immediately equip onto Godo thanks to Hammer’s ability.