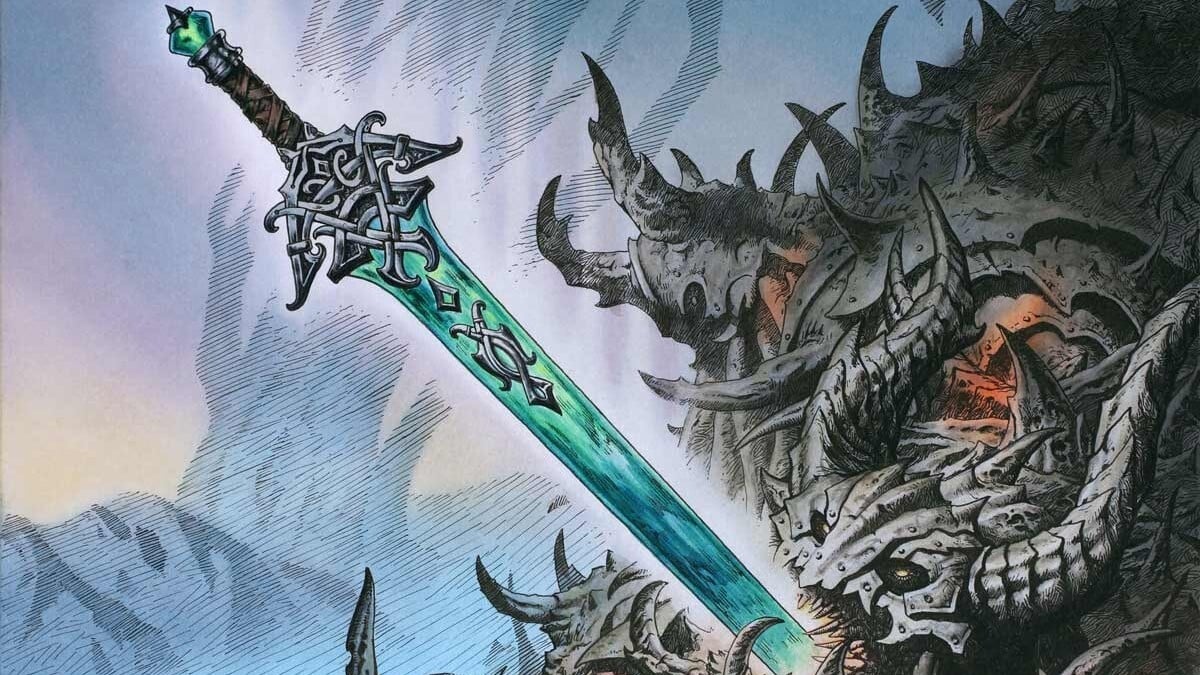 The 10 Best Equipment Commanders In MTG

The best Equipment Commanders in MTG approach the idea of utilising those tools differently. You can certainly argue that a traditional Voltron strategy is the most effective, but it’s often more about having fun and making your Creatures all kind of absurd, as well as having a bit of flexibility.

It’s not easy to know which Creature should get which bit of Equipment, but the key thing is that your Commander benefits from playing or using those tools, and that you can have a good time while playing them. So, we’ve made a list.

The best Equipment commanders in MTG

Our mention on this one goes to Halvar, God of Battle, who also happens to be a weapon called Sword of the Realms. His human form is a four mana 4/4 that lets you attack Auras and Equipment to a Creature you control for free, and also gives equipped and enchanted Creatures double strike.

His weapon form is a two-mana weapon that gives +2/+0 and vigilance. It also allows you to return any Creature equipped with it to your hand when that Creature dies. It’s a lot of fun literally having your commander be a powerful sword, so he’s a great outlier for the best Equipment commanders in MTG.

We like Nahiri a lot, and we’ve got a lot of time for the whole “you’re trapped in stone now, lol” thing that she does. Four five mana, Nahiri, the Lithomancer is a White Planeswalker that comes in with three loyalty. You can gain two to put a 1/1 token into play and instantly attack an Equipment to them, and you can pay two loyalty to put an Equipment from your hand or graveyard into play. Both cool abilities.

Also, you can pay ten loyalty to make a special Equipment called the Stoneforged Blade into play which is indestructible, costs nothing to equip, and grants +5/+5 and double strike to the wielder. These are all strong abilities, and Nahri is a good starting point for the best Equipment commanders in MTG.

Cats and Equipment really go together, and you’ll see that as we go through this list. First up in that sub-category is Balan, Wandering Knight, who is a four mana 3/3 with first strike.

They also gain double strike as long as they have two or more Equipment attached to them. The kicker, though, is that you can pay two mana to instantly attack all of your Equipment to them. This is a lot of fun for messing with your opponent’s heads, because they can never be sure that they shouldn’t block Balan with everything they have.

View at TCG Player
Wyleth, Soul of Steel is a three mana Red and White 2/2 with trample. Alongside that, whenever they attack, you can draw a card for each Aura or Equipment attached to them.

The gameplay in a match with Wyleth isn’t going to be particularly varied, but it’s hard to argue with making one massive Creature, swinging in, and then drawing loads of cards as well. It’s simple, but very powerful.

For three mana, Mirri, Weatherlight Duelist is a Green and White 3/2 with first strike. While they don’t specifically reference Equipment cards in their text, they really do play nicely with them.

6 – Valduk, Keeper of the Flame

View at TCG Player
Valduk, Keeper of the Flame is a three mana Red 3/2. They don’t have any special combat abilities, but they are very good at spitting out a lot of Creatures you can attack with. Because of the chunk of text on them.

“At the beginning of combat on your turn, for each Aura and Equipment attached to Valduk, Keeper of the Flame, create a 3/1 red Elemental creature token with trample and haste. Exile those tokens at the beginning of the next end step.” See, really good at making tokens.

View at TCG Player
Nazahn, Revered Bladesmith has a lot of text. They’re a six mana Green and White 5/4 with, “When Nazahn, Revered Bladesmith enters the battlefield, search your library for an Equipment card and reveal it. If you reveal a card named Hammer of Nazahn this way, put it onto the battlefield. Otherwise, put that card into your hand. Then shuffle.” Also, when an equipped Creature you control attacks, you can tap a Creature.

The Hammer of Nazahn happens to be an excellent piece of Equipment because it can attach itself to a Creature upon entering, and also grants that ability to other Equipment cards as well. It also grants +2/+0 and indestructible. The whole package here is very good.

View at TCG Player
Dalakos, Crafter of Wonders is in odd colors for an Equipment deck, but they sure do have some powerful abilities for one. For three mana, they’re a Blue and Red 2/2 that you can tap to add two colorless mana that you can use on Artifact spells or activate the abilities of Artifacts.

What makes them great though, is that they give Equipped Creatures you control both flying and haste. Evasion and the ability to attack instantly is a potent combination, and you’re going to kill a lot of people thanks to it.

View at TCG Player
Syr Gwyn, Hero of Ashvale is a six mana Red, White, and Black 5/5 with vigilance and menace who is very specifically good in a deck filled with Equipment cards and Knights. His first ability lets you draw a card and lose a life whenever an equipped Creature you control attacks.

His second ability though, gives all of your Equipment cards the ability to equip to a Knight for zero mana. This is a huge game-changer when you’re not sure if you’ve equipped something correctly early on in a game, and makes messing around with mathematical equations in the late game incredibly easy.

We all know Urza, and they’re really expensive, but they’re also really good in basically any deck with Artifacts. So, Urza, Lord High Artificer is a four mana Blue 1/4 that makes a 0/0 Construct token that gets +1/+1 for every Artifact you control.

Alongside that, you can then tap Artifacts you control to add one Blue mana. Equipment cards don’t have to be untapped to work, so this is just free real estate. Plus, if you’re feeling really spicy, you can pay five mana to exile the top card of your library and then cast it for free if you want to.

It’s hard to beat Sram, because card draw is so incredibly powerful. Sram, Senior Edificer is a two-mana 2/2 that lets you draw a car every time you cast an Aura, Equipment, or Vehicle spell.

There’s nothing complicated going on here. You just need to cast spells, land either a Hammer of Nazahn or Sigarda’s Aid, and then basically ruin everything standing before you with literally no problem and far too many cards in hand.