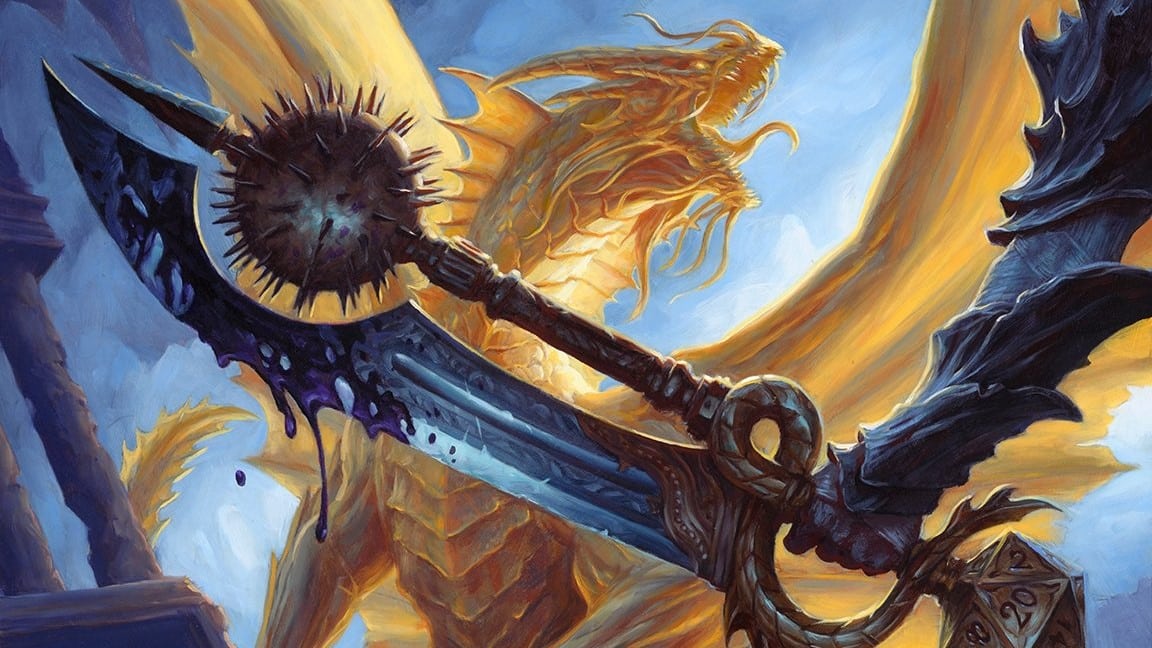 With the set being the first official crossover set between MTG and Dungeons & Dragons, it’s got a lot of hype around it even without seeing any cards. It also raises an interesting question, will this be an entry point into either game for people?

What is Adventures in the Forgotten Realms?

So, we know that Adventures in the Forgotten Realms is a crossover set, but what does that actually mean? Well, the set is replacing the Core Set this year, and while the Core Sets are often designed to be accessible to new players, we’re assuming that this one will be more aimed at bridging the gap between MTG players and D&D players.

We’ve already seen a couple of big names from D&D in the spoilers, and we’re expecting to see a lot more as the rest of the set gets revealed, which will probably come shortly after Modern Horizons 2. With that being a big part, is this going to be a good entry point for D&D players?

Read More: 4 Commander preconstructed decks are coming with the release of Dungeons & Dragons: Adventures in the Forgotten Realms!

Will Adventures in the Forgotten Realms appeal to D&D players?

One of the most interesting reveals so far is the flavor text on the Basic Lands, which really help to set the scene in the game. D&D players obviously love the mechanics of the game, but it’s undeniable that the imaginative play is a big part of the appeal.

Now, it’s tricky for MTG to mimic the kind of free-form gameplay you can find within a TTRPG, but we’ve not seen everything the set has to offer yet, not even close, so there could be more surprises coming about the set.

The question is whether or not this will bring in any new players, and if they do come in, will they stay? It’s a hard one to answer (given that we’re all MTG players), but you’ve got to assume there’s going to be a fair few people who come and find a new love for MTG because of this set, and that’s great.

Will you try out D&D or play more of it because of the set?

What about the other way around though? Will those of us who haven’t played D&D want to get more involved with the game because of this set?

We already play a bit of D&D anyway, but every mention of this set stirs something deep within us that makes playing another game or two more tempting.

We’d love to hear from you about whether or not you’ll try and get into D&D if you haven’t before. It’ll be really interesting to see how effective these crossover sets are at doing what they’re meant to do, which is to splice audiences together.

Read More: Hasbro CEO says NFTs are being considered for Magic: The Gathering