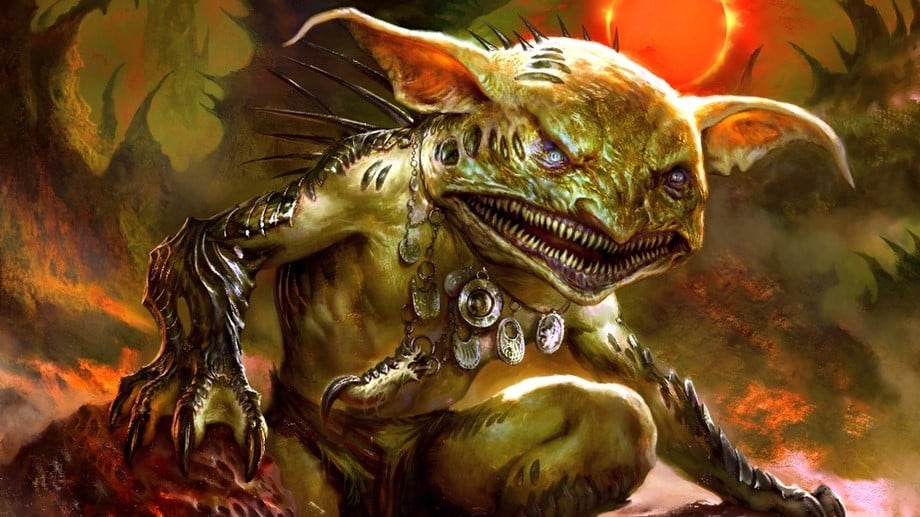 With Yusri, Fortune’s Flame revealed in the Modern Horizons 2 pre-spoiler spoilers, we found ourselves absent-mindedly flipping coins just to feel something.

It’s a fun thing to do, but it’s not always done very well in MTG. So, to help you figure out if you want to build a deck involving this exciting new card, we thought we’d put a list of the best coin flip cards in MTG together for you.

First of all, we don’t count Mana Crypt as a coin flip card. While you do have to flip a coin when it’s in play, it’s to stop it dealing damage to you.

Plus, most people are going to run Mana Crypt anyway because it’s a zero mana Artifact that taps for two colorless mana, you really don’t need a coin flip theme to make this one of the best coin flip cards in MTG.

View at TCG Player
Game of Chaos is a huge amount of fun and can win or lose the game on the spot depending on who you’re playing against. For three red mana, Game of Chaos is a sorcery spell that reads, “Flip a coin. If you win the flip, you gain 1 life and target opponent loses 1 life, and you decide whether to flip again. If you lose the flip, you lose 1 life and that opponent gains 1 life, and that player decides whether to flip again. Double the life stakes with each flip.”

Basically, you and whoever you target get to keep this whole process going as long as the winner wants, which turns each game into a game of luck if you’re both feeling lucky. It’s not necessarily competitive, but it sure is entertaining.

View at TCG Player
Boompile is a pretty simple card. For four mana, you get an Artifact that you can tap to flip a coin, and if you win that flip, then you get to destroy all nonland permanents.

It’s a simple but very effective ability, and you can upgrade it by making sure all of your bits are indestructible or currently being flickered out or whatever you want to do to make sure this never harms you or your stuff. Of course, you can also just make sure that even destroying your own stuff is to your advantage if you want to, or just play it to an empty board on your side.

Onto the first Creature of our list, and it’s Rakdos, the Showstopper. This version of Rakdos is a six mana 6/6 with flying and trample, which makes them useful even without flipping any coins.

When they enter, you get to flip a coin for every Creature that isn’t a Demon, Devil, or Imp. Then, for each one that comes up tails, you get to destroy those Creatures. It’s not only a useful board wipe that you can build around, but also a good Creature anyway.

View at TCG Player
Okaun, Eye of Chaos is a five mana Red 3/3 that partners with Zndrsplt, Eye of Wisdom. It also lets you flip a coin at the beginning of combat on your turn until you lose a flip.

On top of that, whenever any player wins a coin flip, you get to double Okaun’s power and toughness until the end of turn. This is obviously at its best when you’ve got loads of coin flips going on, but it can be a one-hit-KO all on its own if you’re lucky.

The other side of Okaun is Zndrsplt, Eye of Wisdom. Zndrsplt is a five mana blue 1/4 that partners with Okaun, Eye of Chaos, obviously. They also let you flip a coin at the beginning of your combat step until you lose a flip.

However, while Okaun gets hench, Zndrsplt lets you draw cards every time a coin flip is won. We value knowledge over raw power in most chaos at MTG Rocks, but if you can have both, that’s usually for the best.

View at TCG Player
Fiery Gambit is a three mana Red Sorcery that has so much text on it that there’s no way we’re putting it into our own words. The key thing here is that you obviously want to hit three wins, but we respect the rush of trying anyway.

Our only Planeswalker on the list of best coin flip cards in MTG is Ral Zarek. Ral is a four mana Blue and Red Planeswalker that comes in with four loyalty. You can gain one loyalty to tap a permanent and untap another permanent, or you can pay two loyalty to deal three damage to something.

His ultimate is where luck is needed though, as you can pay seven loyalty to flip five coins and take an extra turn for each one that comes up heads. That’s an intensely powerful ability, especially combined with everything else on this list.

View at TCG Player
Puppet’s Verdict is one of the few cards that benefits you whether you win or lose the coin flip. For three mana, you get a Red instant that will destroy just a whole bunch of Creatures.

View at TCG Player
Odds//Ends is a weird card. Ends is a five mana Red and White spell that lets you have a player sacrifice two attacking Creatures. That’s got nothing to do with coin flips, so we’re obviously here for Odds.

Odds is a two mana Blue and Red instant that has you flip a coin. If it’s heads, you can counter a target Instant or Sorcery, and if it’s tails, then you can copy it and choose new targets. It’s a powerful ability either way, and we love it.

Our final card on the main list is Stitch in Time, which is a three mana Blue and Red Sorcery that lets you flip a coin.

If you win that coin flip you get to take an extra turn. It’s hard to beat that effect at that cost, all you need is a bit of luck. However, we’ve mentioned luck a lot in this piece, but there are ways to influence it. That’s why we’ve got two bonus cards here.

Then, if you have ten or more counters on it at the beginning of your upkeep, you win the game. It’s always nice to have an alternate win-con, and it’s far more entertaining when you can accidentally win the game, especially if you use the next card to improve your chances.

Finally, if you’re playing a deck built around coin flips, then you’re going to need a copy of Krark’s Thumb in your deck. This thumb is a two-mana Artifact that lets you flip two coins instead of one, and then ignore one of the flips as you choose.

Basically, it doubles your chances with every coin flip, and that’s the kind of thing that’s going to supercharge your deck, and make it slightly less about luck, and slightly more about winning a lot.