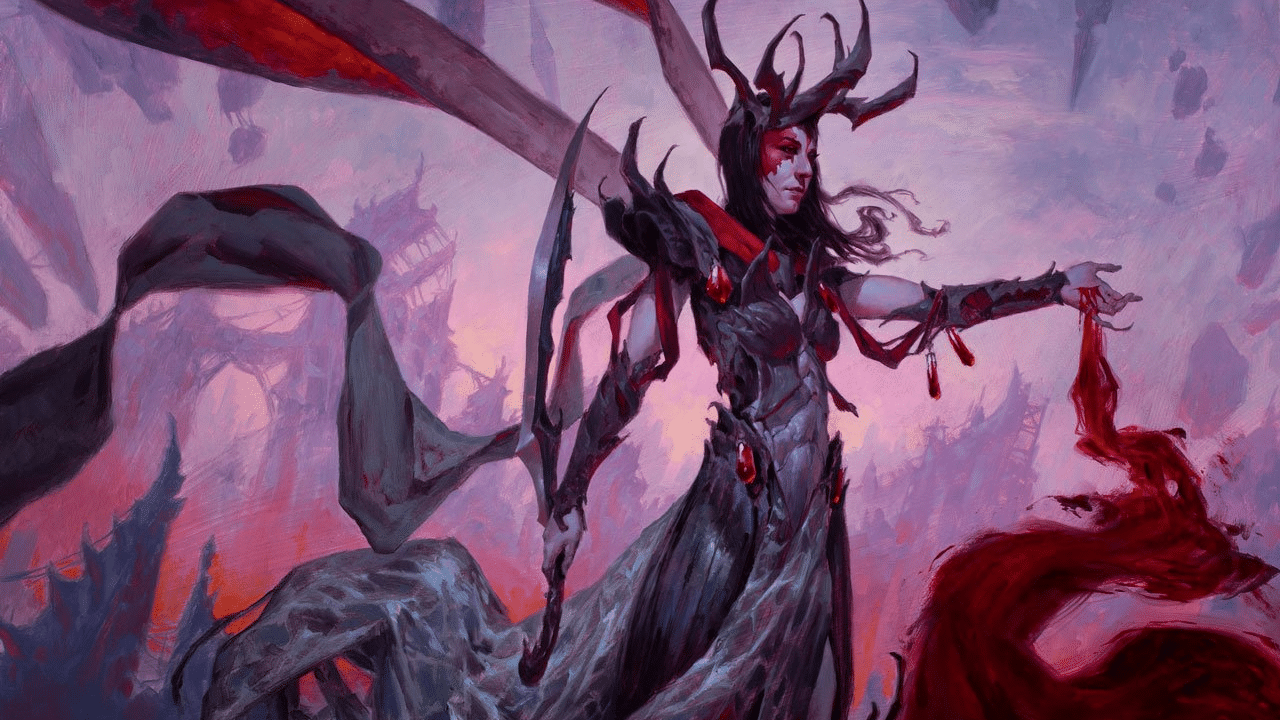 The 10 Best Vampires In Commander

Playing as classic evil monsters in MTG is one of the great pleasure of the game. It’s one of the reasons that tribal decks are so much fun in Commander. Ironically, Vampires in MTG don’t suck at all, and are one of the best tribes to dip into.

With that in mind, we’ve come up with a list of the best Vampires in Commander for you to add into your deck or build a new deck around. So, let’s get stuck in, shall we?

The 10 best Vampires in Commander

Our honorable mention this time around is Forerunner of the Legion. This card is a three mana White 2/2 that gives a Creature +1/+1 until end of turn whenever a Vampire enters the battlefield under your control.

It also lets you fetch a Vampire from your library and put it on top of your deck, which makes it well worth having in any Vampire tribal deck, because obviously being able to find your best cards is great.

View at TCG Player
Anowon, the Ruin Sage is a five mana 4/3. Weirdly, this one doesn’t have any combat abilities at all, the dude doesn’t even fly.

Thankfully, they also make every player sacrifice a non-Vampire Creature in every single one of your upkeeps. That’s very useful when you’re the only Vampire tribal deck at the table.

View at TCG Player
Cordial Vampire is a two mana Black 1/1. That is, quite frankly, a little embarrassing, especially given that it’s a rare.

Well, it also allows you to put a +1/+1 counter on every Vampire you control whenever it or another Creature dies. A lot of Vampire decks also happen to be aristocrat decks, which means you should have no issues making something truly abhorrent with this one.

One of the things that makes Vampires such a powerful tribe is the abundance of ways to make them even stronger. Well, Bloodblord of Vaasgoth is a five mana 3/3 with flying and Bloodthirst three. That means that if you cast them after an opponent was dealt damage in that turn, they enter with three +1/+1 counters.

What’s really cool though, is that they also give all of your Vampire Creatures bloodthirst three. This makes even a low-level one drop at least a 4/4 in most cases, and that’s a great way to kick off this list.

View at TCG Player
Malakir Bloodwitch is a five mana Black 4/4 with flying and protection from White. That last ability is an absolute monster in most Commander games, so that’s almost enough to have it on the list anyway. Almost, but not quite.

When it enters the battlefield, each opponent loses life equal to the number of Vampires you control, and then you gain life equal to the amount they lost. That means you get more and more out of this card the more enemies you have.

There are two versions of Kalitas, but we like this one a lot. Kalitas, Traitor of Ghet is a four mana Black 3/4 with lifelink. You can pay three mana to sacrifice another Vampire or Zombie in order to put two +1/+1 counters on them.

They also have this bit of text, “If a nontoken creature an opponent controls would die, instead exile that card and create a 2/2 black Zombie creature token.” Not only does that deal with any recursion, but you even get tokens off of it too. It’s ideal.

Taking other people’s Creatures in Commander is an absolute joy. Captivating Vampire, aside from looking like a black metal frontman, is a three mana Black 2/2 that gives other Vampires you control +1/+1.

Also, you can tap five untapped Vampires you control to gain control of a target Creature, and it then becomes a Vampire too. That means it gets even bigger than it was before. Thanks, random black metal frontman, you’re doing good work.

You may not know this about us here at MTG Rocks, but we really like drawing cards. We’re also all very capable of doing one-hundred one-armed push-ups, and no, we won’t be proving that at this moment in time. Well, Twilight Prophet can’t do the push-ups, but they sure can draw cards.

They’re a four mana Black 2/4 with flying and Ascend. Then, “At the beginning of your upkeep, if you have the city’s blessing, reveal the top card of your library and put it into your hand. Each opponent loses X life and you gain X life, where X is that card’s mana value.” Nice!

View at TCG Player
Drana, the Last Bloodchief is a five mana 4/4 with flying. That basically allows ou to bring your Creatures back from the dead with ease.

They read, “Whenever Drana, the Last Bloodchief attacks, defending player chooses a nonlegendary creature card in your graveyard. You return that card to the battlefield with an additional +1/+1 counter on it. The creature is a Vampire in addition to its other types.” That’s an incredibly useful ability, and it’s hard not to love it when you’ll always be bringing stuff back from the dead.

View at TCG Player
Olivia Voldaren is a four mana Black and Red 3/3 with flying that you’re just going to love. For two mana, you get to deal one damage to another target Creature. That Creature then becomes a vampire, and you get to put a +1/+1 counter on Olivia here.

Then, you can pay five mana to gain control of a Vampire for as long as you have Olivia out. This means you can go around pinging everything you want to take, and then just stealing the best Creatures, all with only one card out. Olivia is an incredibly powerful card, and while she’s one of the best Vampires in Commander, she’s not quite the best one.

Of course, the best Vampire in Commander is Daddy Markov. Edgar Markov is a six mana Red, White, and Black 4/4 with first strike and haste. Along with that, whenever they attack, you get to put a +1/+1 counter on every Vampire you control. To be honest, that’s almost enough to be up here with nothing else, but they also have an eminence ability.

Whenever you cast another Vampire spell, as long as Edgar is in the command zone or on the battlefield, you get to create a 1/1 Vampire token. When you combine that with the multitude of lords and other buffs that Vampires can have, you’re going to be spitting out terrifying threats constantly.