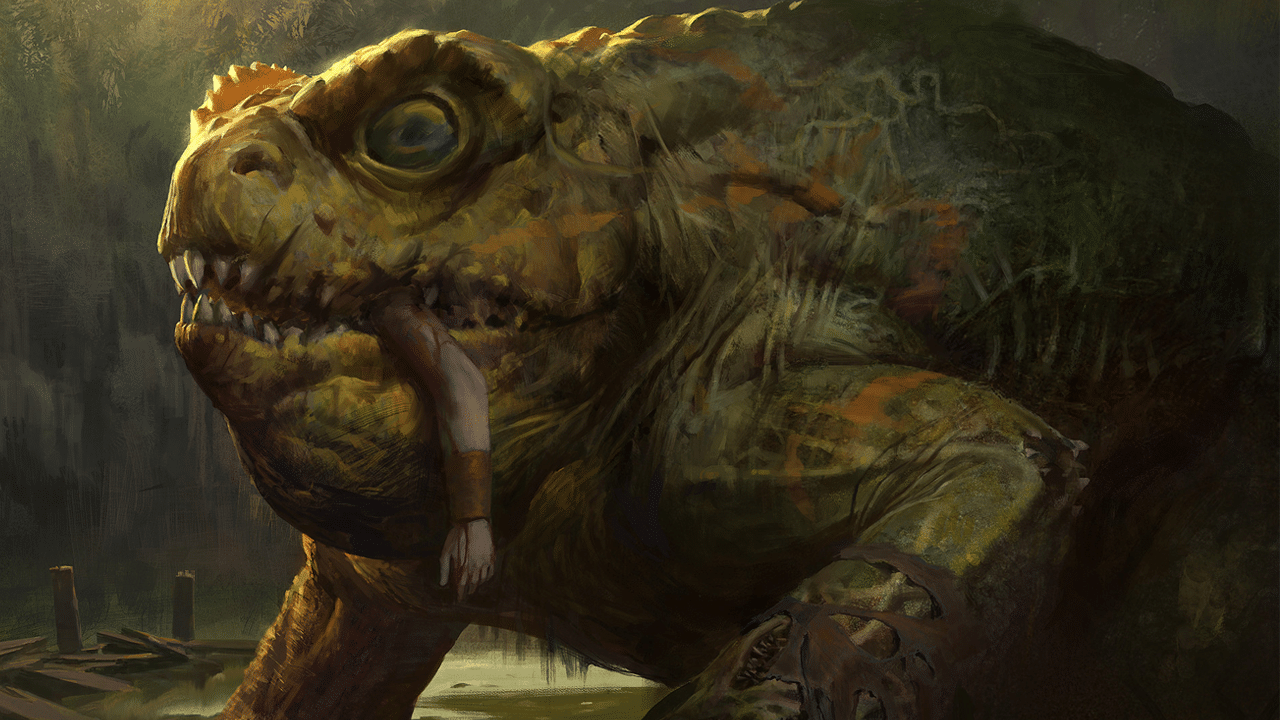 The Best Lands Commanders In MTG

There’s something really satisfying about beating your opponent purely because you played more Lands than them. There are a lot of ways to do this in MTG, but it’s at its best in Commander.

The best Lands commanders in MTG are going to help you do just that, but they’ll also give you a few different ways to win with all of those Lands. That’s what this is all about, winning in interesting ways.

The best Lands commanders in MTG

Our shoutout for this piece goes to Tatyova, Benthic Druid is a five mana Blue and Green 3/3 that lets you draw a card and gain one life every time a Land enters the battlefield under your control.

They’re still an excellent Lands commander, but we think they’ve been knocked off of the top ten thanks to a few other entries on the list. It’s just been a very powerful few months in the world of MTG.

10 – Kynaios and Tiro of Meletis

We’re kicking off our list with one of the best Group Hug commanders around, Kynaios and Tiro of Meletis. These boys are a four mana Red, Green, White, and Blue 2/8 that read, “At the beginning of your end step, draw a card. Each player may put a land card from their hand onto the battlefield, then each opponent who didn’t draws a card.”

These two are fun because you can build up your army of Lands using all of the classic Group Hug engines before using that mana to do something truly abhorrent and trash everyone else in the game. You know, the usual end game of any Group Hug deck.

View at TCG Player
Muldrotha, the Gravetide is a six mana Black, Green, and Blue 6/6 that plays very nice with graveyards. They are, in fact, one of the best Graveyard commanders in existence.

You see, during each of your turns you can play up to one permanent card of each type from your graveyard. That makes it very easy to get Fetchlands and utility Lands back with no problems at all. It also means you can protect your threats by simply replaying them if something goes wrong.

Sometimes you just want to play a big old frog. For those times, we recommend The Gitrog Monster, which is a five mana Black and Green 6/6 with deathtouch. They have a lot of extra text on them too, which is usually a good sign.

First of all, you can play an additional Land on each of your turns, but you do have to sacrifice a Land each turn unless you sacrifice Gitrog itself, but, you do get to draw a card whenever a Land enters the graveyard from anywhere. The Gitrog Monster is a fun Lands commander because you just get to churn through your deck at such a rapid pace.

Playing with a Planeswalker as your commander still feels a bit rebellious, but Lord Windgrace is one of those that allow it. They’re a five mana Black, Red, and Green Planeswalker that comes in with five loyalty. You can gain two loyalty to discard a card then draw a card, and you can draw an extra card if you discarded a Land.

You can pay three loyalty to return up to two Land cards from your graveyard to the battlefield. Finally, you can pay eleven loyalty to destroy up to six nonland permanents, and then create six 2/2 tokens with forestwalk. They’re a bit of an oddity, but it’s in a good way.

View at TCG Player
Obuun, Mul Daya Ancestor is a four mana Red, Green, and White 3/3. They have a landfall ability that lets you put a +1/+1 counter on a target Creature, which is cool.

The real ability here though, is “At the beginning of combat on your turn, up to one target land you control becomes an X/X Elemental creature with trample and haste until end of turn, where X is Obuun’s power. It’s still a land.” This allows you to just send in your biggest Creatures and effectively double Obuun’s power every turn.

Omnath is kind of the god of Land decks, so it’s not going to be a big surprise to see three of him on this list. Omnath, Locus of Rage is a seven mana Red and Green 5/5 that creates a 5/5 Elemental token every time a Land enters the battlefield.

Also, whenever an Elemental under your control dies, you get to deal three damage to any target. This basically allows you to play a bunch of Lands and then board wipe on purpose to finish off everyone and everything around you, and it’s just a blast to do.

It’s a big old snake. Aesi, Tyrant of Gyre Strait is a six mana Blue and Green 5/5 that not only lets you play an extra Land every turn, but also lets you draw a card whenever a Land enters under your control.

This combination of abilities is nearly everything you could possibly want from the best Land commanders in MTG, because it not only lets you put out more Lands, but rewards you for doing so. You’ll likely have to find your win-con in the deck itself, but that’s much easier when you’re drawing so many cards.

Our second Omnath is Omnath, Locus of the Roil. Omnath Roil, which we assume is its given name, is a four mana Green, Blue, and Red 3/3. When they enter the battlefield, you can deal damage to any target equal to the number of Elementals you control.

Also, whenever a Land enters the battlefield under your control, you get to put a +1/+1 counter on an Elemental you control. Plus, if you’ve got eight or more Lands, you then get to draw a card too. It’s a nice mix of abilities, and while it doesn’t let you play more Lands on its own, you can cover that easily with the right cards.

View at TCG Player
Golos, Tireless Pilgrim is a beast of a Commander. This five mana Artifact 3/5 actually lets you grab any Land from your deck and put it into play when they enter the battlefield. That’s literally any Land, which means you can grab something really special if you want to, or just Field of the Dead.

The thing that places them so high on the list though, is that you can then pay seven mana, one of which has to White, Blue, Black, Red, and Green, to exile the top three cards of your library, and you can then play them without paying their mana costs. Because it says play and not just cast, that means you can keep churning out Land cards too.

The top entry is also the most powerful Omnath. Omnath, Locus of Creation is a four mana Red, Green, White, and Blue 4/4 that lets you draw a card when it enters the battlefield.

It also has this big old chunk of text on it, “Whenever a land enters the battlefield under your control, you gain 4 life if this is the first time this ability has resolved this turn. If it’s the second time, add one Red, Green, White, and Blue mana. If it’s the third time, Omnath deals 4 damage to each opponent and each planeswalker you don’t control.” If you’re in the market for value, then Locus of Creation has you covered from top to bottom.