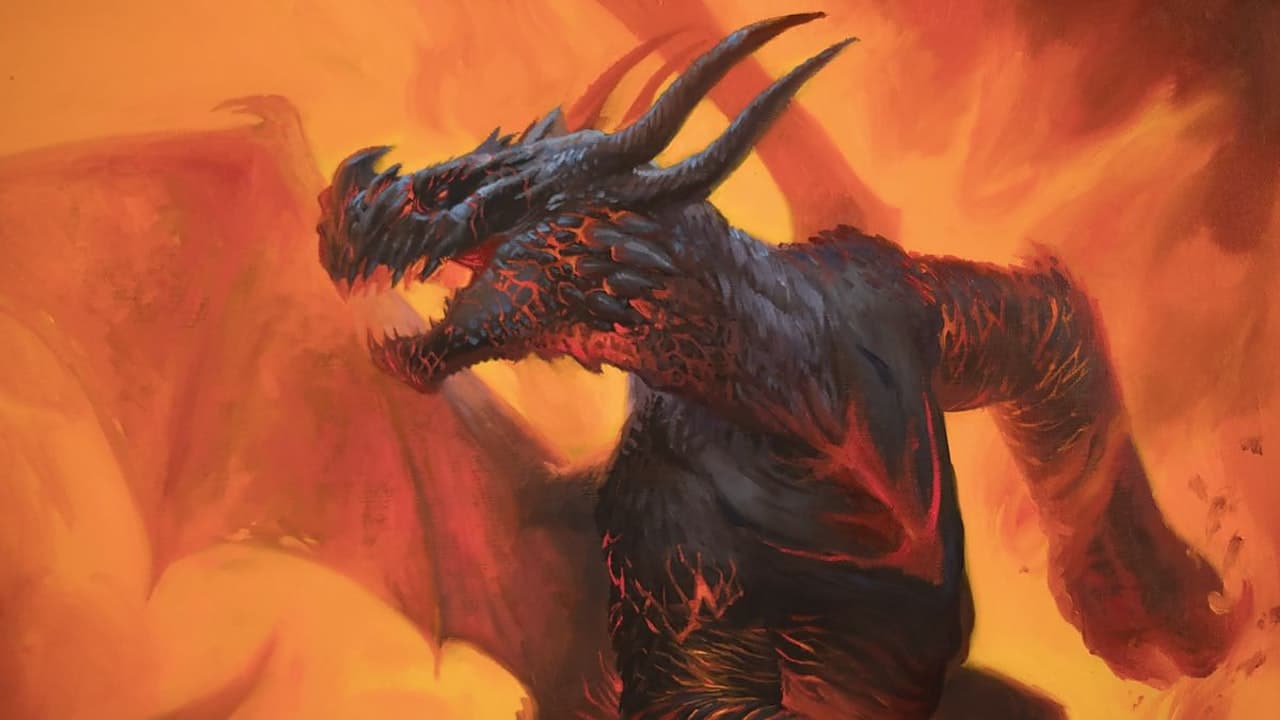 All the Magic: The Gathering cards from Modern Horizons 2 will be revealed by the end of this week, and in addition to our exclusive previews, four new Dragons from the upcoming straight-to-Modern set have been revealed today: Obsidian Charmaw, Arcbound Whelp, Scion of Draco, and Piru, the Volatile.

Obsidian Charmaw may not be as flexible asAcidic Slime but it’s a strong sideboard card against Tron, Humans, and Eldrazi decks in Modern. Having a 4/4 Flying body with a land destruction effect provides a strong threat while crippling your opponent’s mana.

Arcbound Whelp is essentially the artifact version of Furnace Whelp but with Modular 2, so it’s a 2/2 when it spawns into play, and when it dies, you can put its +1+1 counters on target artifact creature. In Modern Horizons 2’s Limited format, there is a Red/White Modular archetype, so expect to see more red and white cards with the Modular ability in the set.

Scion of Draco can be played by Turn 3 if you play a Triome card on Turn 1, and a Shockland on Turn 2, then you can use Neoform to bring out Emrakul, the Aeons Torn. You can even play an Expedite or Temur Battle Rage for a turn 4 kill.

Piru, the Volatile is a legendary Elder Dragon that can be an effective boardwipe card that could potentially gain you a bunch of life when it dies. Because it has lifelink, you can gain 7 life for each creature it hits with its boardwipe ability.

What do you think about these four new dragons from Modern Horizons 2? Let us know your thoughts in the comments section below.