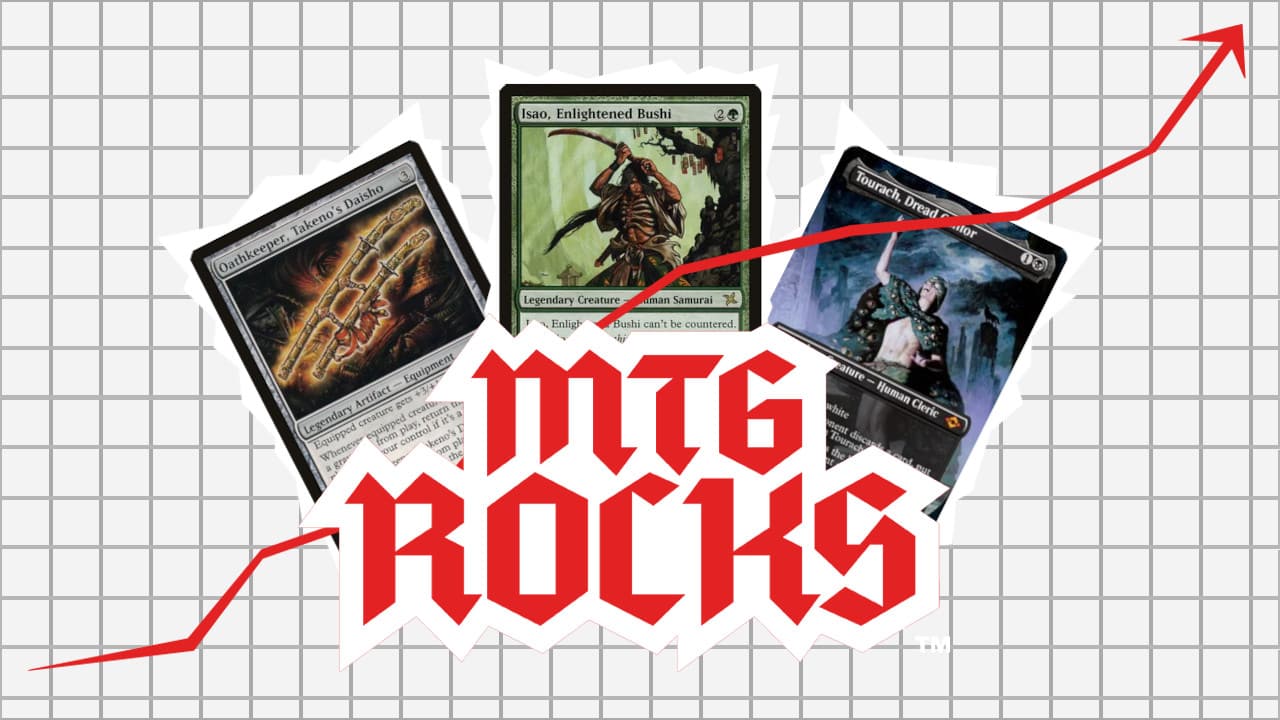 This week, hype for the new Kamigawa: Neon Dynasty set caused the prices of several old Kamigawa cards to spike BIG TIME. Plus, a Reddit investor may have had a hand in manipulating the price of a popular Modern card.

This price spike may have had something to do with a Redditor buying up massive quantities of Tourach from the market. But Tourach is also just a fantastic Modern card that’s picking up in popularity, especially inside Rakdos Rock decks.

Kira, Great Glass-Spinner was affordable due to its reprinting in Jumpstart last year. But due to the Spirit Squadron Commander deck recently released alongside Innistrad: Crimson Vow, players are searching for ways to upgrade their new Millicent, Restless Revenant decks.

We saw Drogskol Reaper spike a few weeks ago because of this. And this week, it was Kira’s turn when it jumped from $4.00 to almost $11.00 at the beginning of the week. Since then, the price seems to have stabilized around the $9.00-$10.00 mark.

Read More: This Death & Taxes Staple is the Cheapest It’s Ever Been

Kamigawa has been all the hype this week. Kamigawa: Neo Dynasty won’t be released for some time. But this week, we got an early sneak preview of the set including several spoiler cards.

Head MTG Designer, Mark Rosewater, said in the MTG Weekly stream that the set would fuse elements of the old Kamigawa sets with entirely new features.

Some Magic players wanted to get a head start on what old Kamigawa mechanics could return, and they preemptively bought into Samurai cards because the tribe could get new support in Neon Dynasty.

Read More: This MTG Vampire is Getting Bloody Expensive

Not too long ago, Seasoned Pyromancer was a solid $40.00. But as you can see in the graph below, the veteran Young Pyromancer has been on the decline. At the time of writing, there are copies of Pyromancer listed for less than $30.00 on TCGPlayer.