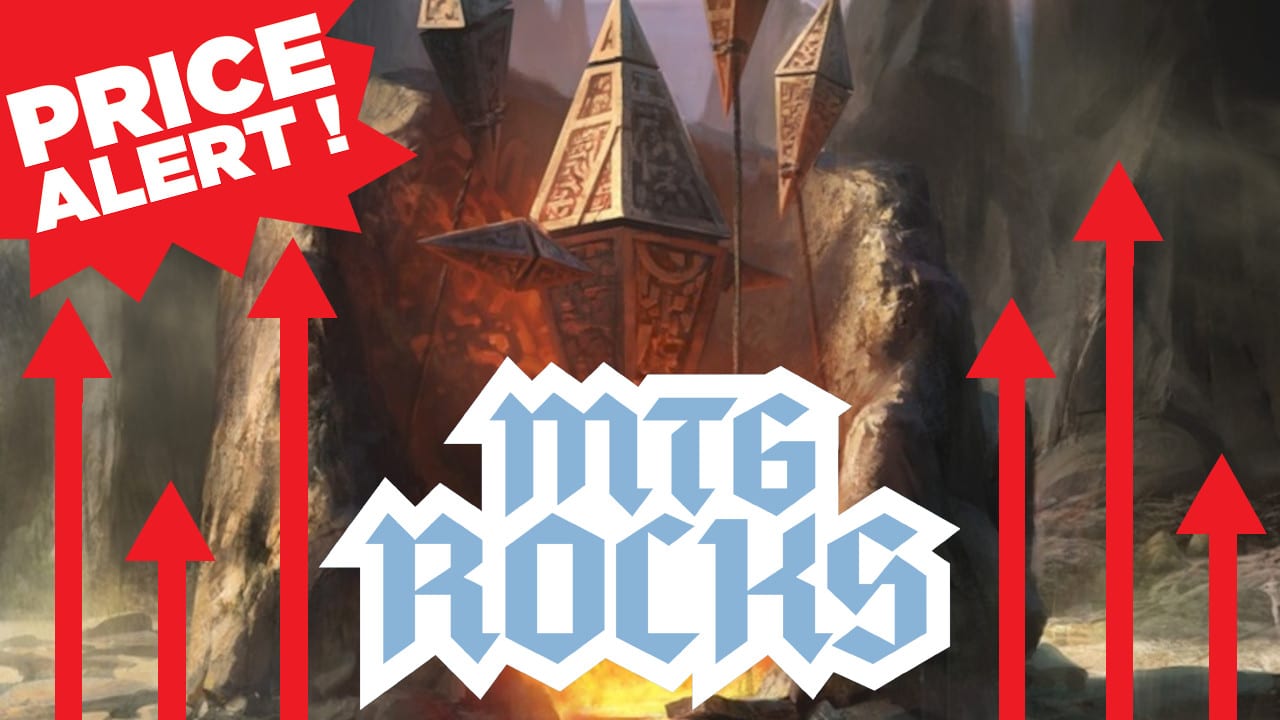 Outclassed land cards don’t get as much limelight, and thus don’t perform well on the secondary market.

In the Modern format, filter lands (e.g. Cascade Bluffs) are one such outclassed land type. Or rather, they used to be. Several filter lands are picking up in play lately, and consequently, rising in price. Graven Cairns is one such filter land that is getting a lot of attention as of late.

Graven Cairns used to be one of the cheapest filter lands, selling for as low as $2.50. Today, it costs around $9.00 for the cheapest copy, and the Future Sight printing jumped all the way up to $12.00 this past weekend.

Why Did Graven Cairns Spike in Price?

The reason Graven Cairns is getting some market action is because the card has become a staple of Rakdos Midrange strategies in Modern. One of the most influential content creators and Magic players, Aspiring Spike, is a big advocate of this deck. It even got 1st place at Channel Fireball’s Las Vegas Magic Fest this year.

Red-Black Midrange has been putting up consistent results across Modern tournaments and online challenges. It is becoming a true force to reckon with in the format. Graven Cairns is likely to hold its new price because of this.

What Will Happen to the Prices of the Other Filter Lands?

Mystic Gate absolutely skyrocketed in price a while back. It did so for the exact same reason Graven Cairns has: Blue-White control decks began adapting more color-intensive spells like Archmage’s Charm and needed a land that could help fix their mana. Now Mystic Gate is about $30.00+!

Twilight Mire is a staple of Yawgmoth Combo strategies. This is a powerful and consistent deck in Modern that plays up to three of the gree-black filter land to cast color-intensive spells like Strangleroot Geist and Geralf’s Messenger. Beware, Yawgmoth has gone up in price lately because of this deck, so Twilight Mire may be next.

Fetid Heath is included in some more fringe decks of the Modern format. But it is picking up a bit in play nevertheless. Small Pox decks lean on the filter land to consistently cast the deck’s namesake spell on turn 2 in conjunction with Flagstones of Trokair.