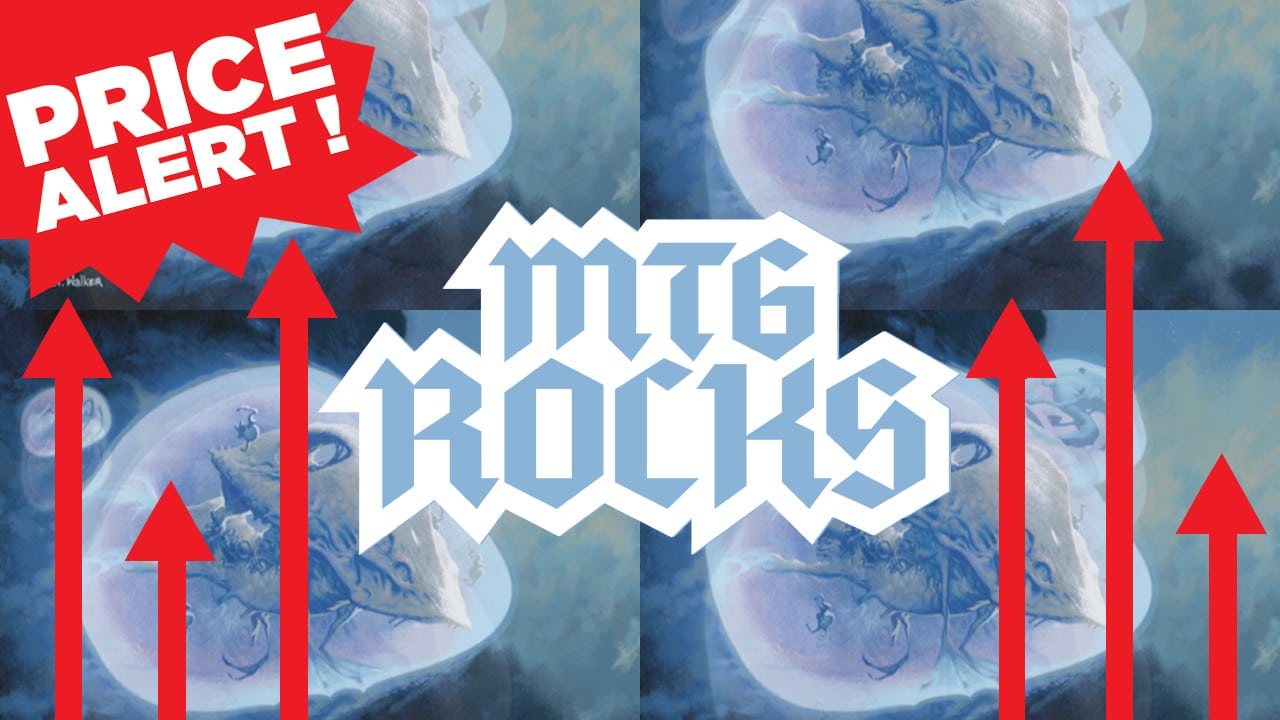 Kira, Great Glass-Spinner is included in a variety of decks across multiple formats. But there’s one deck in particular that’s been driving up the price of this Legendary Spirit lately.

Kira, Great Glass-Spinner, has been, on average, $7.00-8.00 for most of its existence ever since its initial printing in Betrayers of Kamigawa back in 2005. The Legendary Spirit periodically climbed as high as $15.00, but reprints in Modern Masters and Jumpstart kept its price in check.

The most recent Jumpstart reprint in particular dropped Kira’s price substantially. Up until recently, Jumpstart copies were selling for about $4.00. But as you can see in the graph below, illustrating the price history of the Jumpstart reprint, it has had a recent upwards price swing.

Why Did Kira, Great Glass-Spinner Rise in Price?

Kira, Great Glass-Spinner, jumped in price for one reason: Spirit Squadron. That’s the name of a preconstructed Commander deck that was recently released alongside the set Innistrad: Crimson Vow.

Commander products like Spirit Squadron have historically stirred the secondary market of Magic: the Gathering. While these decks typically have many reprints of sometimes pricey cards, cards related to the theme of the deck that don’t get reprinted will often go up in value. This is due to many Magic players wanting to upgrade their new preconstructed decks.

We’ve already seen Spirit Squadron drive up the price of Drogskol Reaver a couple of weeks ago. There’s a chance that more Spirits will go up in value for the same reason. If you’re looking for prospective Spirits to pick up while they’re still cheap, check out my article, Best Upgrades for MTG’s Spirit Squadron Commander Deck.

Unless Kira sees another reprint soon, the card will likely hold its new $10.00 price tag. It’s historically held at similar values, so I expect it to do the same going forward.

**Foil copies of Kira, Great Glass-Spinner, have tremendous foil multipliers. Depending on their condition, foil copies are selling for as high as $80.00! If you can find copies for cheap, these may be good financial investments.