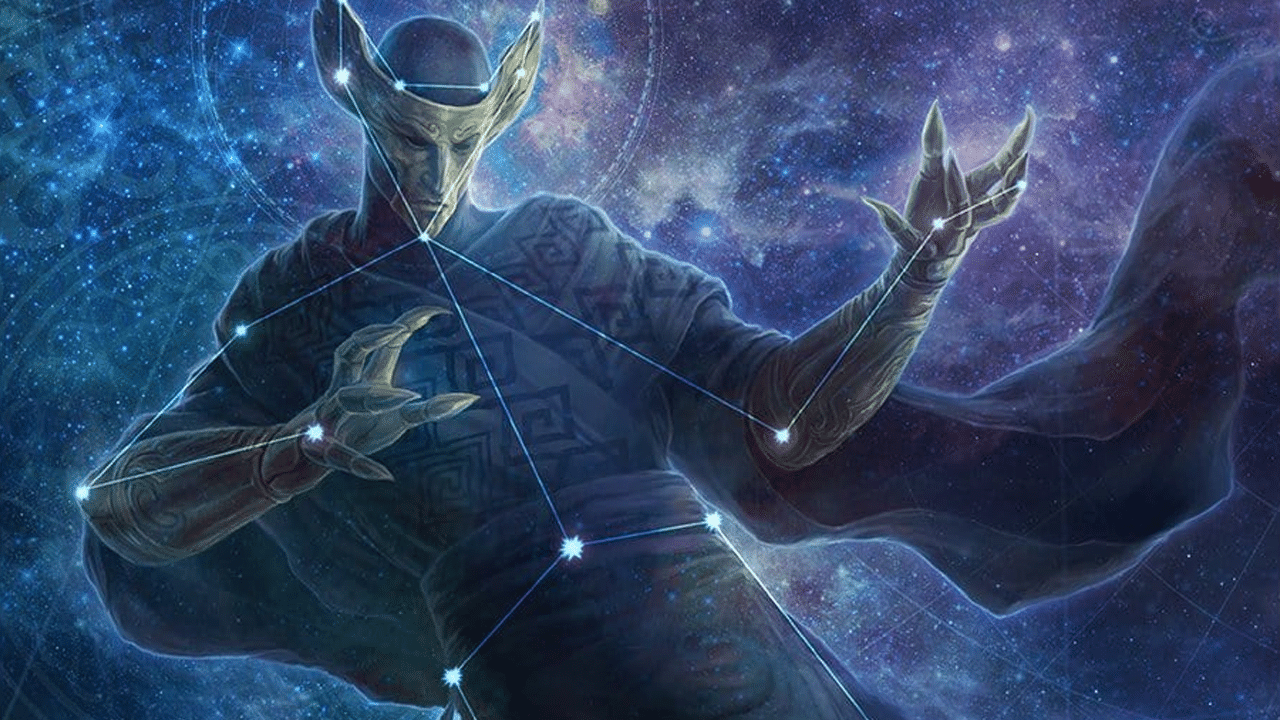 Only the bravest players take a chance on trying to mill out their opponents in Commander. It’s no easy feat milling out 100 cards, let alone when you’re trying to do it to multiple opponents.

However, with the best mill commanders, you too can become one of those blazing souls who are ready to do the undoable. So, we made a list. You know, the usual.

The key thing here is how often they can change their form, because it means you can always have the best possible thing at the table, and it even has hexproof. However, it doesn’t actually do anything with milling itself, so we’re not putting it in the top ten of the best mill commanders.

For a mere five mana, Syr Konrad, the Grim is a Black 5/4 that allows you to pay two mana to make everyone mill a card.

They also have a big old chunk of text that reads, “Whenever another creature dies, or a creature card is put into a graveyard from anywhere other than the battlefield, or a creature card leaves your graveyard, Syr Konrad, the Grim deals 1 damage to each opponent.” That means that your milling is killing, and you can just be chilling.

You’d think Bruvac would be higher up on the list, but there’s a lot of competition here, and being mono-colored really limits your card selection, and means you miss out on some real powerhouses like Consuming Aberration.

So, Bruvac the Grandiloquent is a three mana Blue 1/4 that doubles the number of cards your opponents have to mill whenever they have to mill. It’s simple, powerful, but not good enough to be higher on the list.

Despite what we said, sometimes not milling isn’t the end of the world with the best mill commanders. Zareth San, the Trickster is a five mana 4/4 with flash that you can put into play for four mana if a Creature you control is unblocked when attacking.

When they deal combat damage to a player, you can put a permanent card from their graveyard onto the battlefield under your control. That’s the kind of thievery we love to see, and it makes milling your opponents so much sweeter.

Circu, Dimir Lobotomist is a four mana Blue and Black 2/3 with one really redundant ability. It makes it so that your opponents can’t play cards with the same name as a card removed using Circu’s abilities, which isn’t all that relevant in a singleton format.

However, whenever you play a Blue or Black spell, you can have an opponent exile the top card of their library. This is the kind of power that beats any recursion, and that makes it rather rare in MTG and, as a result, well worth considering.

Oona, Queen of the Fae is a six mana Blue and Black 5/5 with flying. They’re also all about mill, but when you use their ability, it benefits you in other ways too.

Their ability cast X and one Blue or Black and reads, “Choose a color. Target opponent exiles the top X cards of their library. For each card of the chosen color exiled this way, create a 1/1 blue and black Faerie Rogue creature token with flying.” It’s incredibly against mono-colored decks, so that’s well worth considering.

We’re not sure what happened to Anowon to turn them from a Sage into a Thief, but we’re pretty happy with the result. For four mana, Anowon, the Ruin Thief is a Blue and Black 2/4 Rogue that gives other Rogues you control +1/+1.

Plus, whenever one or more Rogues you control deal damage to a player, that players mills one card for every one damage they were dealt, and if they mill a Creature card during that process, you get to draw a card. It’s a good mix of basically everything you want to do, and Anowon is a great choice for people who want to be a little more aggressive.

Vampires have kind of thing for mill, and we respect it. Szadek, Lord of Secrets is a seven mana Blue and Black 5/5 with flying that really wants to hit your opponents in the face. The thing is, they’re not great at actually doing damage.

Instead, “If Szadek, Lord of Secrets would deal combat damage to a player, instead put that many +1/+1 counters on Szadek and that player mills that many cards.” That means you can keep building with every hit, and if you buff up Szadek, you can mill out your opponents even faster.

The Mimeoplasm has a T-rex head for an arm, and we respect that. They’re a five mana Black, Green, and Blue 0/0 though, which is less impressive. The thing that makes them good is that when they enter the battlefield, you can exile two Creature cards from graveyards. The Mimeoplasm becomes a copy of one of those, and gains +1/+1 counters on it equal to the power of the other.

This allows for a lot of alternate win conditions, but the colors they’re in also allows you to use every other card on this list, and even copy them if they die. Plus, you can cast Villanous Wealth, which we recommend everyone do at least once a month to stay healthy.

Another Vampire here with Mirko Vosk, Mind Drinker. Mirko Vosk is a five mana 2/4 with flying. Their ability is nice and simple.

Whenever Mirko Vosk deals combat damage to a player, they have to reveal cards from the top of their library until they’ve revealed four Land cards. Then, all of those cards go into their graveyard. Now, sometimes this is only going to get your four cards, but most of the time, players play ramp. That makes Mirko Vosk far more effective, and they’re really powerful in Commander because of that.

Our final pick also happens to be a God, so some would say they have an unfair advantage. Phenax, God of Deception is a five mana Blue and Black 4/7 with indestructible who’s only a Creature if you have a devotion to Blue and Black of seven or more.

They also give all of your Creatures the ability to tap to have a player mill X cards where X is that Creature’s toughness. Because you can just fill your deck with big booty Creatures, you can win a game in an instant by playing Phenax and then just tapping everything. It’s really quite disgusting, but we forgive you, because you’re a hero of mill.