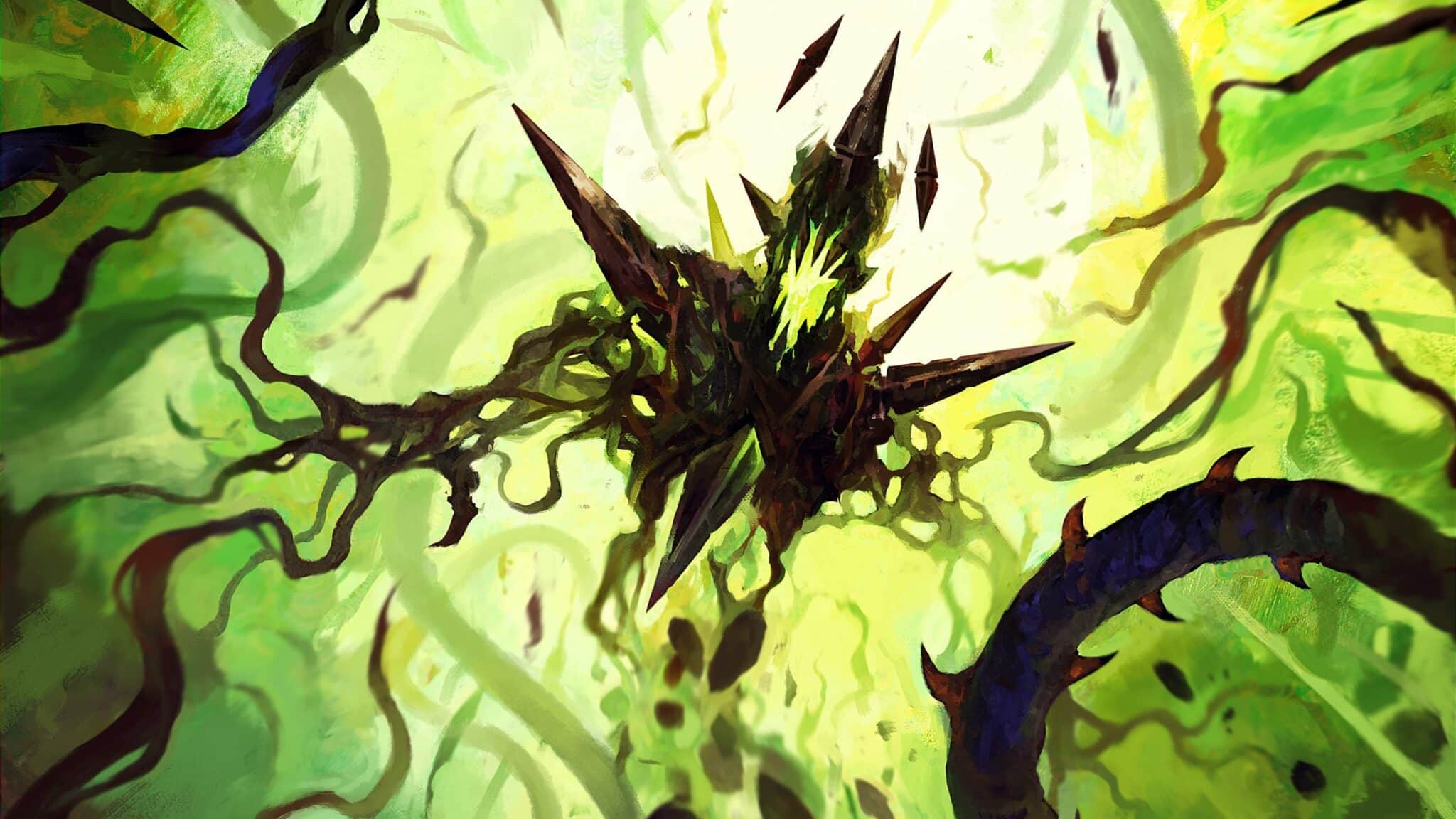 The Best Landfall Cards In Commander

Playing Land cards is something that nearly every Commander deck in MTG is going to do at some point. However, it’s only the best landfall cards in Commander that turn that into a way to win the game.

If you’re in the market for these cards, maybe because you’re using one of the best Lands commanders, then you’re in the right place, because we’ve made a little list for you to play around with.

The best landfall cards in Commander

Rampaging Baloths is our honorable mention for today. These Baloths cost six mana, and you get a Green 6/6 with trample for that investment that has landfall… shockingly.

When a Land enters under your control, you get to create a 4/4 Beast token. So, it’s a big boi, that makes other slightly smaller big bois whenever you play a Land. It’s hard to argue with, but it’s not in the top ten of the best landfall cards in commander.

Lotus Cobra is a two-mana Green 2/1. They’re a little Snake, and they’re cute if you like Snakes, which we do, because look at them. Adorable.

Whenever a Land enters the battlefield under your control, you get to add one mana of any color to your mana pool. It’s mana fixing; it’s ramp, it’s a Snake. It’s everything you could want and more, and we love it.

Next up is Scute Swarm. Scute Swarm isn’t a swarm, at least not initially, but is a three mana Green 1/1. Naturally, you need a pretty decent ability to offset that rather subpar set of stats, but this Scute gets the job done.

Every time a Land enters under your control, you get to create a 1/1 Insect. However, if you have six or more Lands, you create another copy of Scute Swarm instead. This results in your suddenly having a Scute Swarm that doubles every single time you play a Land, and that ends up being very hard to deal with.

The first, and only, noncreature spell on this list is Felidar Retreat. Felidar Retreat is a four mana White Enchantment that gives you two options whenever a Land enters under your control.

You can either create a 2/2 Cat Beast token, or you can put a +1/+1 counter on all of your Creatures, and then they all gain vigilance until end of turn. It’s a useful mix of options, because it means you’ve always got a good one to choose whether you need an extra body or a little more power.

Next up is our only Back card on this list. Ob Nixilis, the Fallen, is a five mana 3/3 Demon. Again, you’re going to need a good ability to offset that, and thankfully, this version of Ob Nixilis has that covered.

Whenever a Land enters under your control, you can have a player lose three life; if you do, you then get to put three +1/+1 counters onto Ob Nixilis. It means that this card serves quite well as a commander, because of Commander Damage, but you’ll need to be able to defend them to get the most out of them.

Avenger of Zendikar is a game-ending threat a lot of the time, but it requires a bit of time to actually go off. For seven mana, you get a Green 5/5 that creates a 0/1 Plant token as it enters for each Land you control.

Then, whenever you play a Land, you get to put a +1/+1 counter on every Plant you control. This Avenger is far better when you’re playing in a Plant tribal deck, but it packs a punch no matter what, so it should probably be in your Green deck.

Here’s one for you aggro players out there who literally can’t get enough of attacking. Moraug, Fury of Akoum is a six mana Red 6/6 that gives you Creatures +1/+0 for every time they’ve attacked that turn.,

Then, whenever a Land enters under your control, “if it’s your main phase, there’s an additional combat phase after this phase. At the beginning of that combat, untap all creatures you control.” If you’re playing a landfall deck, there’s a high chance that you’re playing a lot of Lands each turn, and that means you can go absolutely wild with attacking, and that’s far more fun with Moraug on your team.

Our first Omnath of the day is Omnath, Locus of Rage. We’re actually missing one of the three Omnath’s that could be on this list, because one of them doesn’t actually have the word “landfall” on it. Anyway, Locus of Rage is a seven mana Red and Green 5/5.

Whenever you play a Land, you get to Create a 5/5 Elemental token, and then, whenever Omnath or another Elemental you control dies, you get to deal three damage to any target. It turns all of your Elemental tokens into a Lightning Bolt, and that’s the kind of power you simply love to see.

Emeria Shepherd is a seven mana White 4/4 with flying. They’re also an Angel, which makes them part of a rather obnoxious tribe.

Their landfall trigger means that you get to return a nonland permanent card from your graveyard to your hand. However, if that Land is a Plains, then you actually get to put that nonland permanent back on the battlefield instead. It’s really rather silly, but there are only a few bits of recursion in Commander that do it better than this.

Today’s penultimate choice is Roil Elemental. Roil Elemental is a six mana Blue 3/2 with flying. They’re also an Elemental, so landfall is kind of their thing.

Read More: How To Brew A Deck In MTG Arena With Just Commons And Uncommons

Omnath, Locus of Creation is a four mana Red, Green, White, and Blue 4/4 that lets you draw a card when they enter the battlefield. They also have a lot of text.

Their landfall trigger is, “Whenever a land enters the battlefield under your control, you gain 4 life if this is the first time this ability has resolved this turn. If it’s the second time, add one Red, Green, White, and Blue mana. If it’s the third time, Omnath deals 4 damage to each opponent and each planeswalker you don’t control.” It’s all just very silly, and it’s value every single time you do anything. The only real downside here is that you can only get each effect once per turn, but that’s not much of a downside when you can do this every single turn.