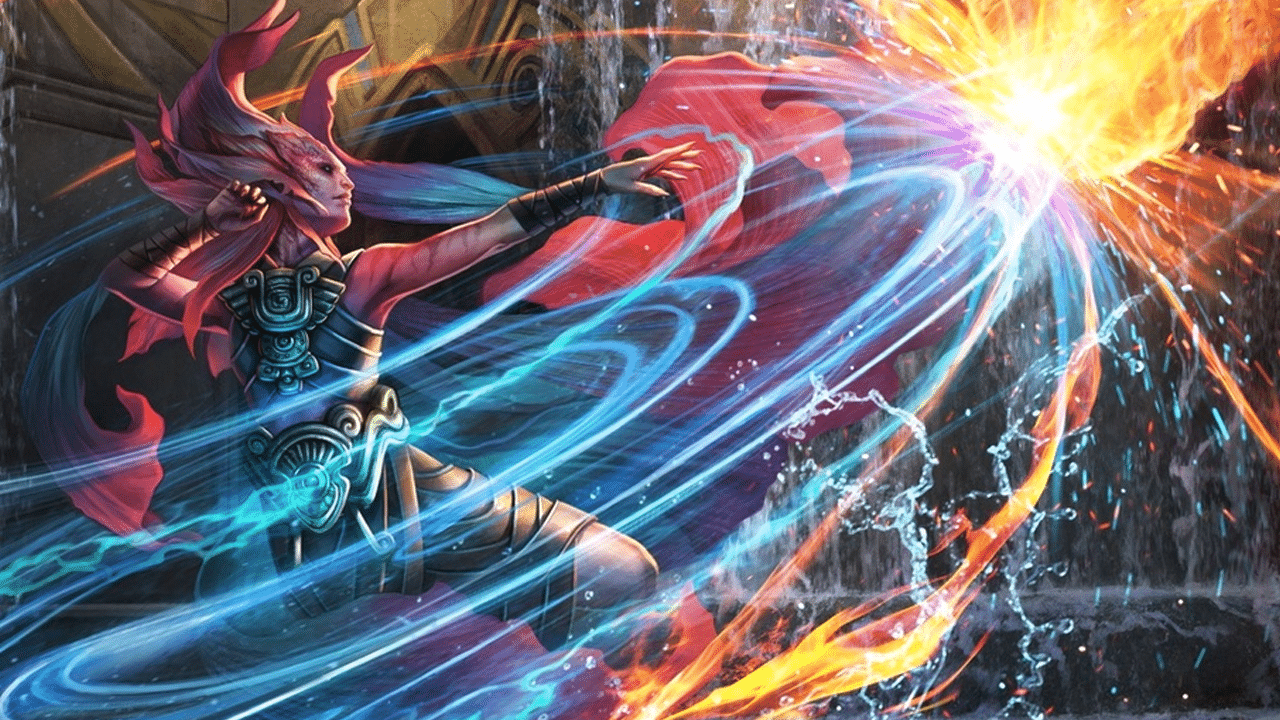 The Best 10 Counterspells in Commander

Everyone has been on the wrong side of a counterspell at some point in their Magic: The Gathering tenure, but countermagic is one of the biggest aspects of the game as we know it. They aren’t for everyone, but they are sure powerful when utilized correctly.

With that, let’s break down some of the best counterspells you can play in Commander.

Commander operates on powerful noncreature spells such as tutors and mana rocks, and Negate is one of the most affordable options to answer these cards. Also, Negate is excellent in a counterspell war if you want to ensure your opponent can’t proceed with their gameplan

It can’t deal with creatures which may be an issue, but it hits so many other powerful noncreature cards it’s a great option. Plus, it’s generous on the mana requiring one Blue mana in its casting cost. It’s one of the evergreen cards to see print in the Standard format, making this easily accessible for everyone.

Mental Misstep is a card that can feel dead in your hand depending on when you draw it. But if the instant happens to be in your opening hand or in the first few turns, it feels incredible to counter a Sol Ring or Mystic Remora. Since Commander can run on an axis of cheap yet powerful spells, Mental Misstep can counter a lot of threats such as Vampiric Tutor or even a Mana Tithe if you’re feeling cheeky. It’s banned in Modern for good reason and it’s a great tool for Commander.

If you are looking to play a linear combo strategy in Commander, then Pact of Negation is the ideal counterspell for you. This instant goes a long way in helping you push your combo cards through to win that turn. However, it can be an issue for slower and control-based strategies as it ties up your mana for the following turn.

Pact of Negation is a little on the pricey side since it sees play in Modern. However, it’s in Time Spiral Remastered which allows a steady circulation of the card to be purchased. Just remember to pay the Pact!

One of the most played counterspells in Commander, Arcane Denial is a solid option for those on a budget. It’s easy on the mana and Arcane Denial replaces itself on the next upkeep. However, your opponent does get to draw two cards which can be an issue depending on the style of deck they play. With this, it can be a decent trade-off if they are looking to resolve a game-ending threat.

If you’re looking to play a group hug strategy in Commander, then Arcane Denial is an excellent option to feed into the politics of the format.

Perhaps one of the best one-mana counterspells printed for Commander, Swan Song is strong disruption since there are so many powerful spells in the format. You will be running tight on your mana and having cheap disruptive options is invaluable, especially since Swan Song can hit enchantments, instants, or sorceries.

Giving the opponent a 2/2 Swan Token in return is a good deal since you start games of Commander on 40 life. Small creatures rarely finish off players enough to ever become relevant. Swan Song is readily accessible as it’s seen plenty of reprints too making this an affordable yet powerful option.

Flusterstorm is one of the better counterspells you can play in Commander. It’s a cheap and definitive way to win any counter-war. Flusterstorm is best served in a Commander pod full of Blue mages as you’ll be winning any counter war you come up against. It sees heavy play in Legacy and Vintage due to how clean it’s able to counter anything within the format. Plus, Flusterstorm only becomes better the more powerful cards people play within a Commander pod. Having the ability to cleanly answer power disparity is ideal, and Flusterstorm offers than in abundance.

Banned in Legacy for good reason, Mana Drain is an incredible counterspell and accidental ramp all thrown into one. It does cost two Blue mana which can be a little tricky in multicolored Commander decks to cast, but the reward is so high. Even then, it can cause tension with Mana Crypt and Sol Ring in the early turns.

With that, Mana Drain does command a high price given how powerful it is in Vintage and in powered Cubes. If you are looking for a budget alternative, then Counterspell is an affordable option that saw a reprint in Commander Legends.

From Modern Horizons, Force of Negation is another fantastic free spell if you can meet the costs. Similar to Force of Will, this counterspell is ideal at freeing up your mana so you can progress in a game of Commander. What makes Force of Negation an excellent option is the ability to exile the countered spell upon resolution.

Reanimator strategies are common within Commander and being able to counter an Animate Dead[tooltips], or a huge threat is a surefire way to ensure it can never come back. It’s on the steep side financially at present, but let’s hope for a reprint in Modern Horizons 2.

Coming from War of the Spark, Dovin’s Veto is an upgrade on [tooltips]Negate which already sees heavy play in Commander. Dovin’s Veto is excellent to ensure you can’t be blown out by a Cyclonic Rift or a Devastation Tide during a game. It does require you to be in (at least) Azorius, but the mana demands are worth it.

If you are playing Azorius in Commander, then Dovin’s Veto is a slam dunk as the uncounterable clause is too good to pass up.

Force of Will is a format staple in Legacy and Vintage and it’s no different in Commander. Games can go fast and it can be tricky to develop your board and still have mana open to disrupting your opponent’s game plan. Any kind of free counterspell is sure to offset any explosive turns your opponents may attempt.

Although Force of Will carries a card disadvantage downside, it’s worth the extra card to prevent your opponent from outright winning the game. With that, it can be on the expensive side due to its impact in eternal formats. But you can be sure having Force of Will in your Commander deck is going to disrupt anything your opponent hopes to do.