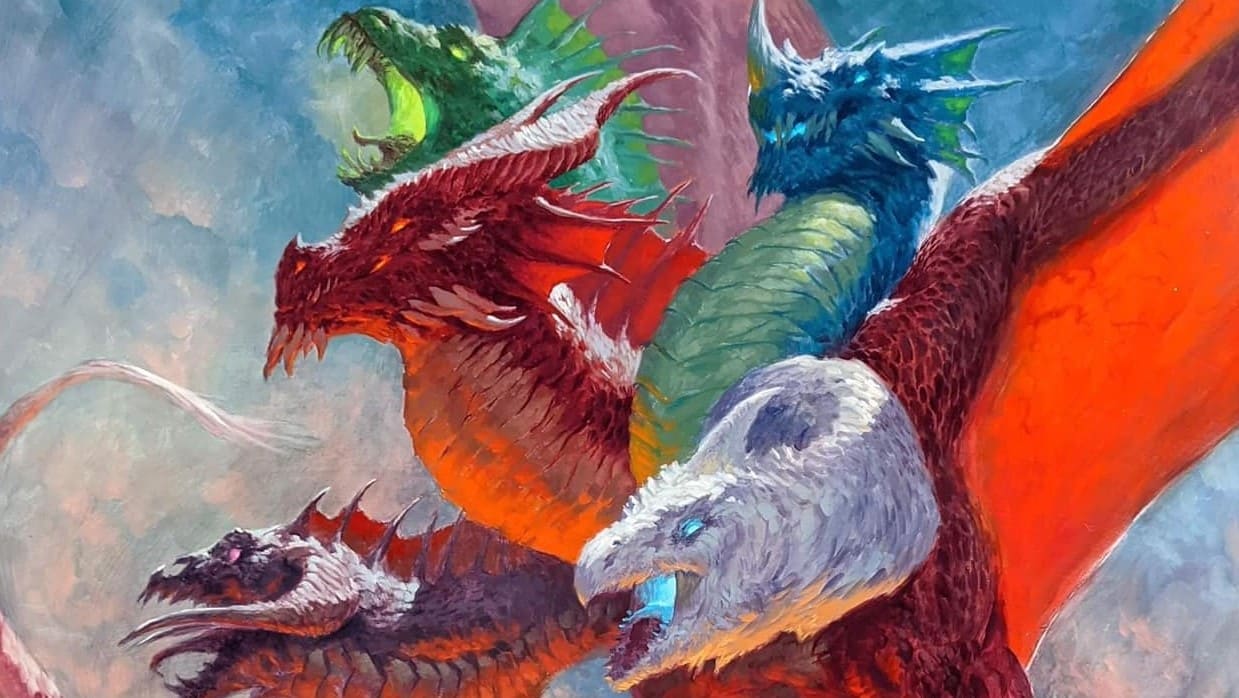 A new set means new Commanders. While we are getting official Adventures in the Forgotten Realms Commander decks, that doesn’t mean we can’t take a look at the main set for new generals either.

Adventures in the Forgotten Realms is a set that’s packed full of flavor and cool mechanics, and it also happens to have a good selection of legendary Creatures. So, we’ve put together a list of the best Forgotten Realms MTG Commanders for you to build around.

We already put Volo, Guide to Monsters at the front of our list on the best Forgotten Realms MTG Commander cards, so we’re only going to mention them here instead.

They’re a four mana Green and Blue Creature that makes copies of your Creatures as long as they’ve got a unique Creature type. We’re just committing them from the list of the best Forgotten Realms MTG Commanders to keep things fair really.

First up is one of the first Forgotten Realms cards we got to see, and it’s Drizzt Do’Urden. Drizzt here is a five mana Green and White 3/3 with double strike. They’re also an Elf, which can be useful if you fancy doing some tribal stuff.

When they enter the battlefield, they bring with them a 4/1 Cat called Guenhwyvar who has trample. Then, whenever a Creature dies with more power than Drizzt, you get to put +1/+1 counters on them equal to the difference. Because this includes enemy Creatures too, there’s a good chance you’ll end up with a rather frightening double strike Creature quite quickly.

Read More: It’s Time To Bring Out Your Skeletons With This Forgotten Realms MTG Card

Delina, Wild Mage is a four mana Red 3/2 Elf. Again, useful if you want to do tribal bits, although there aren’t many Elf cards in Red. However, they’re not about tribal stuff; they’re about making tokens and smashing face.

Whenever they attack, you get to choose a Creature then roll a d20. If you get 1-14, you create a tapped and attacking token of that Creature, except it’s not legendary, and you have to exile it at the end of combat., If you get 15-20, you get to do that, but then roll again. We just think this is going to do a lot of damage rather quickly, so we’re excited about it.

The Uncommon Commanders have been getting better, and better recently, so we’ve got a couple on this list. First up is Krydle of Baldur’s Gate, who is a two-mana Blue and Black 1/3 Human Elf Rogue. When they deal combat damage to an opponent, that player loses one life and mills a card, and then you gain one life and scry 1.

Also, whenever you attack, you can pay two mana to make a Creature unblockable. This is useful if you’re going to really commit to the Rogue theme or just mess around with whatever Creatures you feel like. We like this mix of abilities a fair bit, and while it’s not obviously overpowered, making things unblockable for two mana is a good rate.

Our second Uncommon Commander is Gretchen Titchwillow. They’re a two mana Green and Blue 0/4 Halfling Druid who, frankly, is a bit rubbish in a fight.

Thankfully though, you can pay four mana to draw a card. Wait, then you can also put a Land from your hand onto the battlefield. This ability is incredibly reminiscent of Thrasios, Triton Hero, so it’ll be interesting to see if they happen to better or worse than that fishy friend.

Grazilaxx, Illithid Scholar is a three-mana 3/2 that’s eating someone’s brain in the artwork and it’s gross and looks slimy and we hate it. However, it also happens to have two really interesting abilities.

The first is that whenever a Creature you control becomes blocked, you can choose to return it to its owner’s hand. This is great if you’re messing around with ETB triggers or just trying to protect your Creatures. The second ability is that you can draw a card whenever one or more Creatures you control deal combat damage to a player. Both of these are fun, and they’re an interesting combination for sure.

We like the dungeons a lot, and while we’d still rather mess around with them with a five-color commander, one of the best Creatures around for playing with them is Nadaar, Selfless Paladin. Nadaar is a three-mana 3/3 with vigilance.

Whenever they enter the battlefield or attack, you can venture into the dungeon. Then, if you’ve completed a dungeon, your other Creatures get +1/+1 until the end of turn. It’s a good combination of abilities that favors attacking often or using flickering. It should be fun in a mono-white aggro deck that goes really wide.

Tiamat is a powerful five-color Commander, but they’re probably not the best Dragon Commander out there. That being said, they’re still pretty good, and we can’t ignore that. For seven mana, you get a five-color 7/7 with flying.

When they enter the battlefield, “if you cast it, search your library for up to five Dragon cards not named Tiamat that each have different names, reveal them, put them into your hand, then shuffle.” It’s nice to draw cards, and drawing five powerful Dragon cards is even nicer.

Xanathar, Guild Kingpin is going to upset a lot of people. It’s a six mana Blue and Black 5/6 that reads, “At the beginning of your upkeep, choose target opponent. Until end of turn, that player can’t cast spells; you may look at the top card of their library any time, you may play the top card of their library, and you may spend mana as though it were mana of any color to cast spells this way.”

We already wrote about this floating eyeball in-depth, but the long and short of it is that you can always choose the best player for whatever you need, and that’s the kind of flexibility you really want in any deck, let alone in your commander.

Our penultimate choice for the best Forgotten Realms MTG Commanders is Orcus, Prince of Undeath. They’re technically a four mana Black and Red 5/3 with flying and trample, but you can also choose to add X to that cost.

Then, when they enter the battlefield, either each other Creature gets -X/-X until the end of turn, and you lose X life, or you can return up to X Creature cards with a mana value of X or less from your graveyard to the battlefield, and then give them haste until the end of turn. Both of these options are going to be absurdly powerful in different situations, and we’re really excited to build around them.

Finally, we have Birthing Pod on a Creature but for Artifacts. That’s right; it’s Oswald Fiddlebender. Oswald is a two mana White 2/2 Gnome Artificer who we’ve already written about, but they deserve two pieces. It’s the ability that makes them obnoxious though.

If you pay one White mana and tap them you can sacrifice an Artifact to “Search your library for an Artifact card with mana value equal to 1 plus the sacrificed Artifact’s mana value. Put that card onto the battlefield, then shuffle. Activate only as a sorcery.” That means you can turn whatever you want into basically whatever else you want. Just build around them and mine the salt that falls from your friend’s faces. That’s a business plan; you’re welcome.