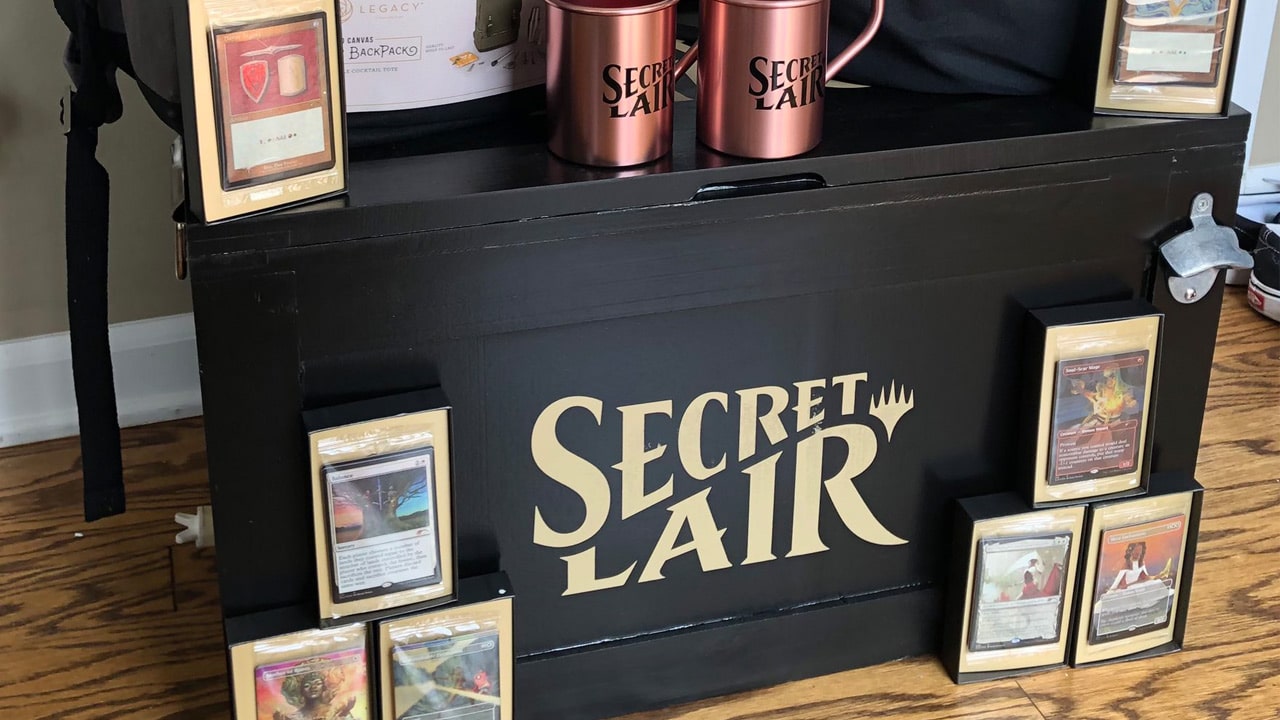 It’s always cool to see press kits that Wizards of the Coast (WotC) send out to MTG creators and personalities. Often you see press kits in light of an upcoming set release such as Forgotten Realms, but WoTC has gone one further with the recent Secret Lair press kit.

It’s quite the haul that generated plenty of buzz on social media from personalities and players alike. Not only they did receive some lovely swag, but they also own some very unique cards which are misprinted by WotC on accident.

What makes this batch of products so special is that WotC addressed a printing error with the Dan Frazier is Back: The Enemy Signets drops which were sent to creators. Yesterday, the company tweeted that this drop is in fact a misprint and will be remedied upon release.

On release, the Dan Fraizer Drop in question will only include etched foils, whereas the ones received by content creators are completely in foil. As a result, these complete foil enemy colored Signets will be incredibly rare with roughly a dozen or so in existence. Despite the error from WotC, these will fetch a high price given the scarcity and demand from MTG collectors.

Creators such as aspiringspike and Amy the Amazonian are looking to giveaway their Secret Lair drops through charity drives, so keep an eye out on Twitter to be in a chance to grab one of these unique cards. It will be interesting to see how much these full foil Signets go for and whether they crop up in the future at a higher value.

If you want to pre-order any of the upcoming Secret Lair Drops, you can do so over the official Secret Lair shop. Pre-sale ends on July 23 with expected delivery around late September or early October.

Read More: These 3 Decks Are Must Try For Standard 2022 On Magic Arena