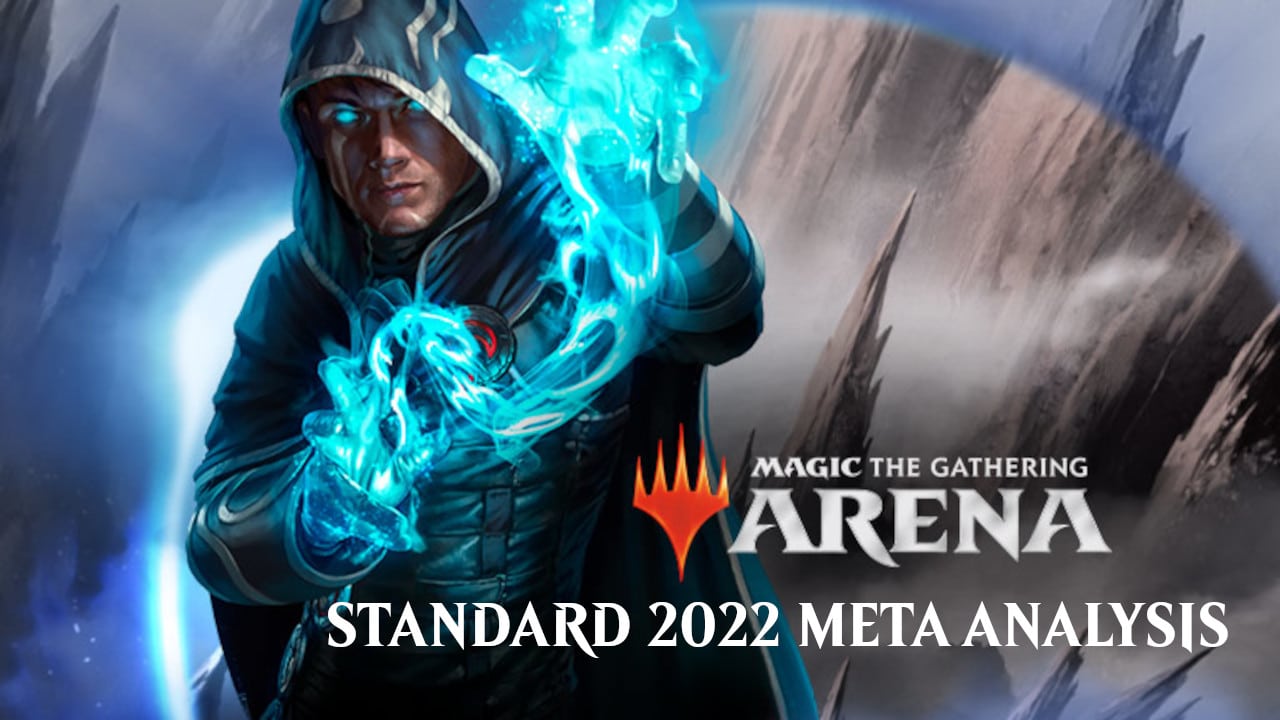 The Lack of Pushed Sets Leads to a Healthy Standard Meta

The Standard 2022 queues on Magic Arena have been met with a lot of praise and acceptance among many in the Magic community. Additionally, with the scaled back power level of Adventures in the Forgotten Realms, the standard environment in those queues are much more enjoyable overall. The format is such a welcome breath of fresh air, that many major tournaments are being held for the format, and many notable community members are calling for Best of 3 queues to be added to the game. One very welcome side effect of this new queue is that the format changes quite a bit. With the removal of Throne of Eldraine, Ikoria: Lair of Behemoths, Theros Beyond Death, and Core 2021, the metagame of Standard 2022 looks healthier than ever!

Thanks to MTG Melee tracking all of the events being ran for Standard 2022, we can see the different deck lists and metagame break downs. All of these decks have many top 8 showings and decent representation in the metagame right now.

Izzet Dragons is currently the most popular deck in the format. There’s a few reasons for this. First off, this is a familiar deck to many since it’s a staple tier deck in the current standard meta. Additionally, it has some very powerful tools in Goldspan Dragon, Galazeth Prisamari and Alrund’s Epiphany. This was a very early front runner in the format and is still a strong contender.

Next on the list is Mono Green. This is another staple deck in the current standard format, but this deck is a bit easier to pilot than Izzet Dragons, and the deck got some incredible upgrades in Adventures in the Forgotten Realms. With cards like Ranger Class and Werewolf Pack Leader, Mono Green gets a quick start and doesn’t let up the pressure.

Dimir Control is the next deck that’s been doing well. This deck is more in line with traditional control decks, and utilizes cards like Mordenkainen and Professor Onyx as big threats, and looks to win the game with Hall of Storm Giants.

Boros Aggro is up next, as the traditional aggressive deck. All the creatures are really low to the ground, and utilize Showdown of the Skalds to refuel on cards. The deck looks to get off to a super fast start, and plays Elite Spellbinder and Skyclave Apparition to deal with threats to its game plan.

Orzhov Angels is one of the midrange decks of the format, which looks to play evasive threats and gain a fair bit of life. They do play some removal elements as well to help deal with opposing threats, and with their token generation, they can put a quick clock together.

READ MORE: Would You Pay For An MTG Arena Subscription?

Rakdos Aggro is the first deck that really takes advantage of one of the Forgotten Realms themes in Treasures. The deck plays 3 copies of Kalain, Reclusive Painter and a bunch of token generation cards to help beef up our creatures, primarily Goldspan Dragon. There’s also a couple planeswalkers at the top end to help put the game away.

Last up we have Mono White Aggro, which is very similar to Boros Aggro. This deck opts to play Paladin Class instead of Showdown of the Skolds, to help protect our creatures on our turn and to help anthem our team, and Maul of the Skyclaves to get through damage in the air.

Outside of these decks, there’s a few dozen various rogue deck lists that didn’t fit into these categories, which goes to show that there’s a very wide open metagame right now in Standard 2022. Things may shift when Innistrad: Midnight Hunt releases, but things are looking really good at this point in time. What Standard 2022 decks are you playing right now? Let us know in the comments!