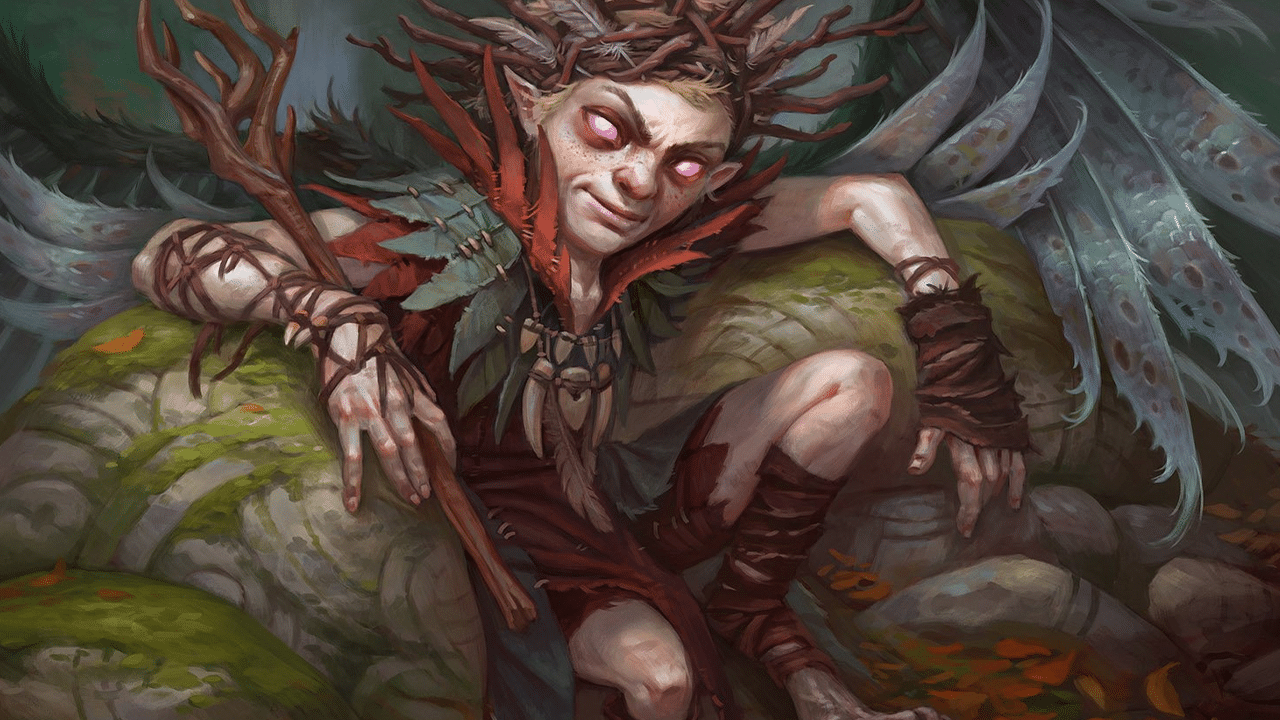 Discarding cards doesn’t always have to be a bad thing. The best discard commanders are the ones that turn it into something beneficial, although it’s not always just you or your opponent who’s throwing away their hand.

We’ve put together a list of the best discard commanders for you, so that you can peruse it at your leisure and find a new way to annoy your friends.

Today’s shoutout goes to The Haunt of Hightower, who not only has a really cool name, but is also a six mana Black 3/3 with flying and lifelink that makes your opponent discard a card whenever you attack them.

Not only that, but whenever a card is put into an opponent’s graveyard from anywhere, you get to put a +1/+1 counter on them. This makes them very big very quickly, so we like them. Now then, onto the proper list of the best discard commanders.

Malfegor is a Demon Dragon, and that’s awesome. They’re also a six mana Black and Red 6/6 with flying. You can fit them into self discard strategies really well because of their ability.

“When Malfegor enters the battlefield, discard your hand. Each opponent sacrifices a creature for each card discarded this way.” As long as you make sure you’ve got some good card draw going, you’ll easily be able to wipe the board and then swing in as the only person with Creatures left.

For four mana, Chainer, Nightmare Adept is a Black and Red 3/2 that gives your nontoken Creatures haste until the end of the turn if they enter the battlefield in a way that wasn’t being cast from your hand.

You can also discard a card to cast a Creature spell from your graveyard that turn, but you can only do it once per turn. This is a good mix of getting the most out of your graveyard and also getting to recur your biggest threats and discard some cards too.

Rankle, Master of Pranks, is a four mana Black 3/3 with flying and haste. Whenever they deal combat damage to a player, you get to choose any number of their abilities.

You can make every discard a card, lose one life and draw a card, and sacrifice a Creature. Because you’re in Black, you can probably benefit from every single one of those downsides, so Rankle can be incredibly powerful in the right decks, and if they’re your commander, then they’re probably in the right deck.

If you’re looking to add some Minotaur tribal into your discard deck, then Neheb, the Worthy is for you. For three mana, Neheb is a Black and Red 2/2 with first strike that also gives all of your other Minotaurs first strike. Not only that, but as long as you have one or fewer cards in hand, they also get +2/+0.

Whenever Neheb deals combat damage to a player, each player discards a card. This basically allows you to be really aggressive, lean into a lesser-known tribe, and also play with the discard theme all at once. It’s a fun mix of ideas that makes for a really unique deck.

Nath of the Gilt-Leaf is a five mana Black and Green Elf Warrior 4/4. Those are some good Creature types, and they also allow you to make a single opponent discard a card at random in your upkeep.

Then, whenever an opponent discards a card, you get to create a 1/1 Elf Warrior token. This means you can choose a lot of different win conditions by either focussing on token strategies, Elf synergies, or just generally keep your opponents with no cards in hand.

Aside from the fact that Tinybones, Trinket Thief was clearly printed as some weird nod to Tiny Leaders, they’re actually a pretty adorable card, and quite powerful too. For two mana, you get a 1/2 that lets you draw a card and lose one life if an opponent discarded a card that turn.

Along with that, you can pay six mana to make each opponent with no cards in hand lose ten life. There’s no limit to how many times you can do that, so you can wipe out everyone in one quick turn if you’ve got enough mana.

To be clear, this isn’t a list of Commanders who are great with wheel cards, or at least, that’s not the intention. However, that’s very clearly what Rielle, the Everwise is designed for. For three mana, Rielle is a Blue and Red 0/3 that gets +1/+0 for each Instant and Sorcery in your graveyard.

They also read, “Whenever you discard one or more cards for the first time each turn, draw that many cards.” Now, this obviously works really well with wheels, but it also just works well when you’re discarding cards to draw cards or to trigger other effects. So, try not to be too angry with the card.

Kroxa, Titan of Death’s Hunger is a two mana Black and Red 6/6 that you have to sacrifice unless it escaped. You can cast it for its escape cost from the graveyard for four mana, along with exiling five other cards from your graveyard.

Then, and this is the main thing, “Whenever Kroxa enters the battlefield or attacks, each opponent discards a card, then each opponent who didn’t discard a nonland card this way loses 3 life.” Kroxa is a bit odd, but they’re an all-rounder for discard decks.

Anje Falkenrath is a three mana 1/3 Vampire with haste. The Vampire part is incredibly important too, because they’re all about madness. You see, whenever you discard a card, if it has madness, you get to untap Anje.

Plus, you can tap them to discard a card and draw a card. It’s a cool mix of abilities that means you can go all-in on one of the most powerful tribes in MTG, while also focussing on benefitting from your discards and draw a lot of extra cards too.

Tergrid can also be summoned as a lantern, but we’re not here for that. Tergrid, God of Fright is a five mana Black 4/5 with menace. They read, “Whenever an opponent sacrifices a nontoken permanent or discards a permanent card, you may put that card from a graveyard onto the battlefield under your control.”

That means you can attack in multiple ways, and as long as you’re interfering with your opponent’s hand and board state, you’ll benefit massively from it. It’s a really fun way to build a deck, and there’s nothing better than beating someone up with their own permanents.