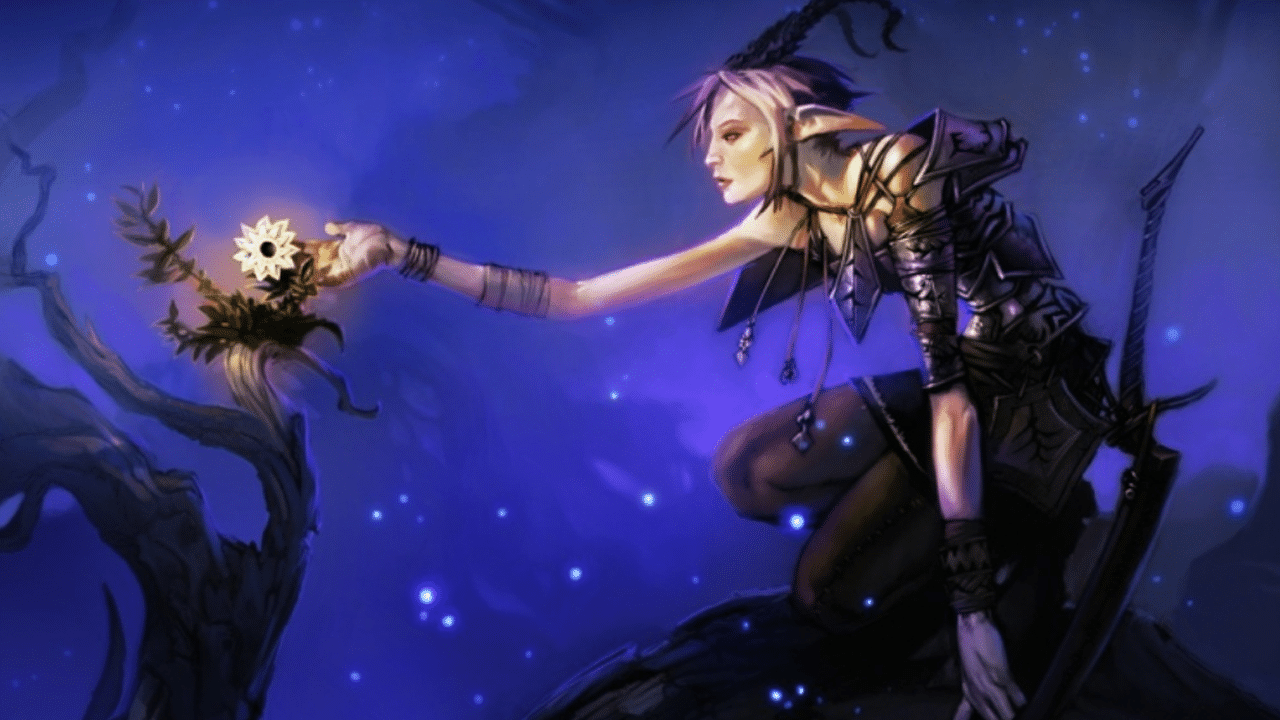 The Best 10 Elves in Commander

They’re powerful, cheap, and versatile—that makes an excellent archetype for Commander veterans and beginners. You can do some really silly things with Elves in EDH so let’s look at the some of the best.

Introduced in Kaldheim, Reamwalker is a fantastic addition to any creature tribal strategy. Although it’s not technically an Elf, Realmwalker allows you to look at the top card of your library and cast the chosen creature type from the top of your library.

As Elves are traditionally low in mana value, you can churn out a bunch of Elves with all that mana and overwhelm the board with ease. It’s beginning to see play in Modern Elves and even Humans as a way to accelerate the board ahead of schedule. Realmwalker is a staple for any tribal strategy in Commander as the information and value is too good to pass up.

Despite only needing Green mana to cast, Bloom Tender is a powerhouse in multicolored Commander decks. You’ll want to ignore this in single-colored decks as it’s mana negative, but anything that is three-colored or more is sure to generate value.

Remember, multicolor permanents will count for each color in their identity, but this does not include lands. So make sure to run a good amount of creatures, enchantments, and colored artifacts to ensure you get the most out of Bloom Tender.

Since you are able to generate huge amounts of mana, it’s key to ensure you don’t run out of cards and this is where Beast Whisperer comes in. As Elf Commander decks tend to be heavily creature-focused, you can replace the Elves you cast with card draw.

Going further, you can run Guardian Project, a powerful enchantment that offers a similar effect to Beast Whisperer. All in all, it’s great to have card draw to keep those Elves coming in a game of Commander.

For three mana, Elvish Archdruid offers your other Elves +1/+1 which transforms your cheaper creatures into threats. Even better, Archdruid can tap to add one green for every Elf you control. Considering you swarm the board with cheap Elves and tokens, you are sure to generate a bunch of mana with Archdruid in play.

Going further, the more Elves you play, the more mana you create off Archdruid. Elvish Archdruid is a staple for any Elf-based Commander strategy since it can encourage explosive turns.

If you’re looking for an explosive Commander to lead your Elf army, then Rhys, the Redeemed is an excellent option. You’re guaranteed to always have a turn one play in a game of Commander since Rhys is so cheaply costed. For three mana, you can create a 1/1 Elf Token that pairs well with Heritage Druid and Priest of Titania allowing you to ramp futher.

Then, you have the second ability which can make Rhys become difficult to handle. For six mana, you can make a copy of each creature token you control which means more Elves! Going further, you’ll have to adopt a tokens theme to get the most out of Rhys’s second ability. Either way, Rhys is a powerful Commander and allows you to splash into White for support cards such as Path to Exile and Smothering Tithe.

While there are various Elves in Magic: The Gathering that offers the ability to tap for mana, Heritage Druid bestows this ability on all of your Elves. Heritage Druid allows for its controller to tap three untapped Elves to create three Green mana. What is important about the ability is that Heritage Druid is the one tapping these creatures, and they are not tapping themselves through their own abilities.

Meaning Heritage Druid can tap Elves which are summoning sick to generate mana. You can use this mana to develop the board and continue to use the Druid’s ability until you run out of spells to play. This works particularly well with Tokens created off a Dwynen’s Elite.

Priest of Titania offers an affordable Elvish Archdruid with a similar yet superior mana effect. Although the Elf Druid does not pump up the board, you have the potential to ramp further to cast more threats. Also note, Priest of Titania states ‘each Elf on the battlefield’ which includes your opponent’s Elves too. This can allow you to ramp even further even if your opponents run creatures such as Elvish Mystic or Llanowar Elves.

Originally from Dominaria, Marwyn, the Nurturer is one of the strongest Elf Commanders you can pay. Also, it’s the closest thing you have to a Priest of Titania that resides in your Command zone. Receiving a +1/+1 counter each time an Elf enters the battlefield under your control, Marwyn can tap for an amount of mana equal to her power.

Although the mana ability is weaker compared to Elvish Archdruid or Priest of Titania, Marwyn has the ability to grow in size which makes her a threatening Commander. With this, Marwyn is able to encourage victory through Commander damage since you will be playing so many Elves. Even then, you can use Marywn’s mana ability to play more Elves to grow the Elf Druid further.

One of the reasons you play Elves in Commander is due to Ezuri, Renegade Leader. Ezuri sees play in Modern Elves as a tutorable win condition to grow your Elves. The premise remains the same in Commander, however, you can have Ezuri at the helm of your EDH deck.

Ezuri possesses two abilities that are important for any Elves player. Firstly, Ezuri is able to regenerate another target Elf for a single mana, this means you can protect your important creatures from removal. Secondly, Ezuri can provide your Elves with +3/+3 and trample which is akin to Craterhoof Behemoth. The effect is repeatable too, meaning you can grow your board as big as you need to close out the game.

Coming from Jump Start, Allosaurus Shepherd is one of the most powerful Elves we have seen in some time. For one Green mana, you get a swathe of incredible abilities. Firstly, the Elf Shaman shuts off any counter magic your opponent may have, and that includes any Green spells you are looking to cast to.

To make it even more awkward, Allosaurus Shepherd is uncounterable meaning it’s always going to stick in a game of Commander. Then, you have a built-in win condition by turning your Elves into 5/5 Dinosaurs in addition to their other types. You can do this for one mana, and it’s an incredible rate at that.