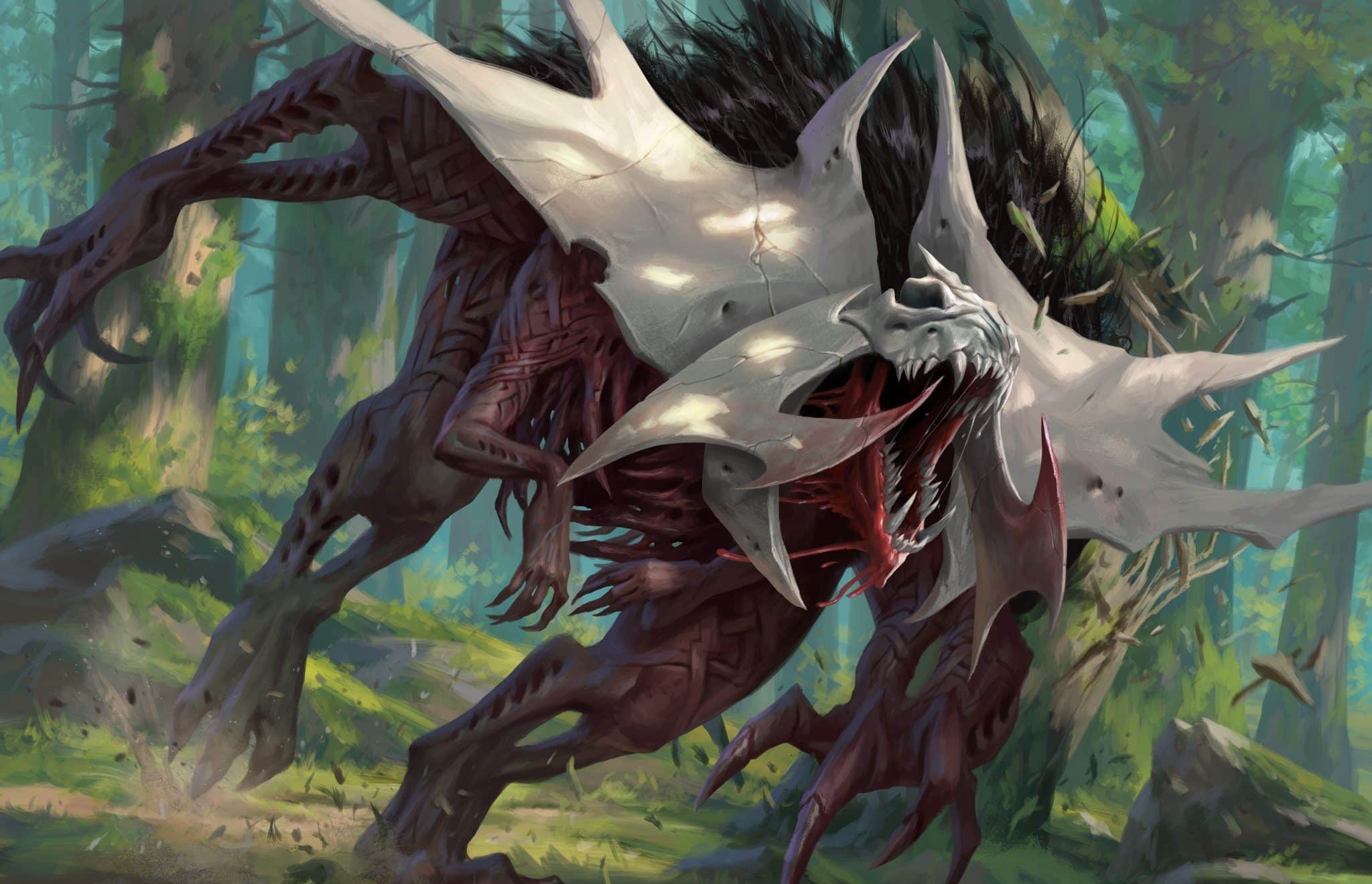 It looks like the Phyrexians are making a return to Magic: The Gathering, and we might see them in a near future set!

When Wizards of the Coast revealed the card Vorinclex, Monstrous Raider from the Kaldheim set earlier this year, fans were surprised to see that its creature type is “Phyrexian Praetor”, confirming that “Phyrexian” is now a viable creature type, and also hinting that we might see them return in a future MTG set.

However, only one Phyrexian creature was revealed for Kaldheim, and none was revealed in the latest set, Strixhaven: School of Mages, so fans are wondering when the Phyrexians will return. Now, it sounds like Magic head designer Mark Rosewater knows something exciting about the return of villainous creatures characterised by their dripping ichor, eyelessness, crysts, pustules, and expulsion of noxious gases.

On his Blogatog, Rosewater responded to a fan who brought up Jin Gitaxias, the legendary Phyrexian praetor, confirming that he was never meant to be featured in Strixhaven: School of Mages, and although he didn’t reveal when the Phyrexians will fully return, he teased, “I can’t say much else other than there is cool stuff coming.”

Could the Phyrexians show up in the two upcoming Innistrad sets this year, Innistrad: Midnight Hunt and Innistrad: Crimson Vow? However, I don’t think it would be ideal for fans to see Innistrad as a “crossover plane” where Phyrexians can become a permanent aspect of that world. It would be more exciting to see a more full-blown Phyrexian invasion set next year, but Wizards of the Coast hasn’t revealed any new sets coming in 2022 (Just a leak of the possible Kamigawa: Neon Dynasty set).

Related: Magic: The Gathering Universes Beyond Will Be “Far Less Off Putting for The Majority of Players”, According to Mark Rosewater

How do you think the Phyrexians will return in the lore of Magic: The Gathering? Would you like to see them in the horror-themed plane of Innistrad or somewhere else? Let us know your thoughts in the comments section below.